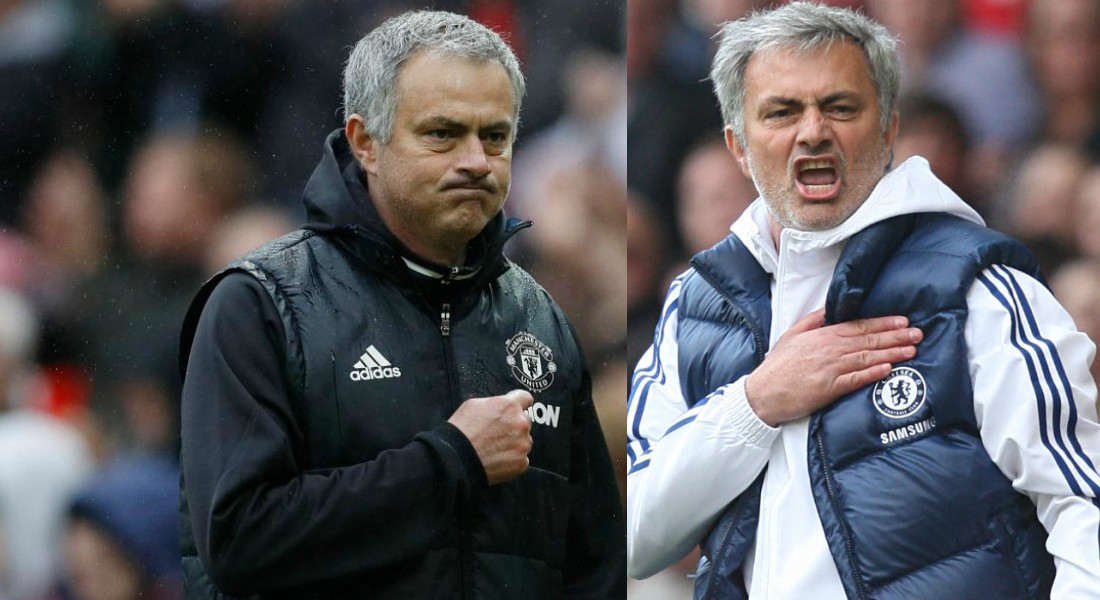 Red Devils boss Jose Mourinho proved that he no longer has a place in his heart for the Blues after pointing to the Manchester United badge after their heroic 2-0 win over current league leaders Chelsea at Old Trafford. 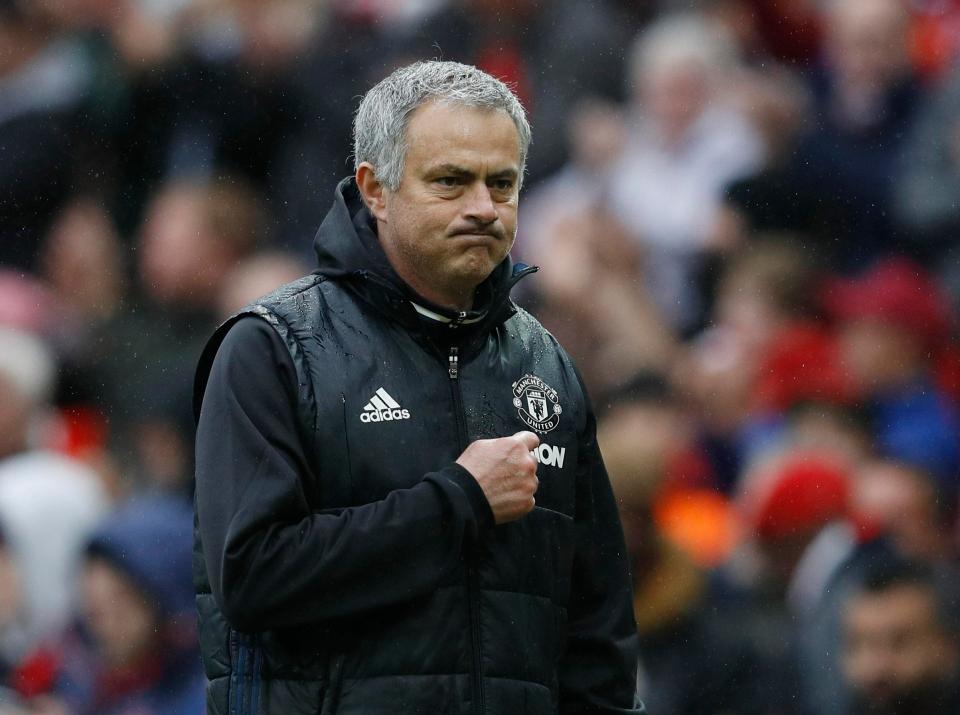 Man Utd outplayed Chelsea in all the departments on Sunday and after the crucial victory, the Red Devils have now moved back into the fifth spot in the Premier League table.

Rashford proved his mettle up front and opened the scoring for Man Utd and Ander Herrera put the game to bed for the Red Devils after scoring the second after restart.

The much needed victory has now boosted Man Utd’s chances to finish in the top-four and has forced the title race wide open – with second placed Spurs just 4 points behind league leaders Chelsea.

Mourinho was desperate to clinch a victory against his former club after losing twice to them earlier this term. And the Portuguese manager intentionally pointed and touched the Manchester United badge on his way towards the tunnel after the final whistle. 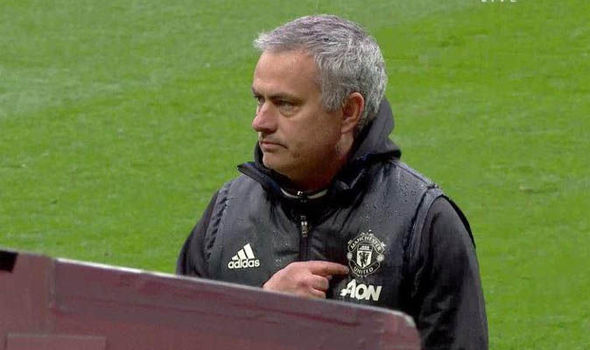 And on Sunday, Mourinho showed where his loyalties lie as he patted the Manchester United badge at the full-time whistle. His actions came just over a month after sections of Chelsea fans at the Stamford Bridge chanted “f**k off Mourinho” as he walked up and down the touchline after United’s 1-0 loss to Chelsea in the FA Cup quarter-finals.

Back then, the ‘Master Of Mind Games’, Mourinho lifted up three fingers to remind them that he had won them three Premier League titles.

And now it is clearly evident that the love affair between Mourinho and his former club Chelsea is definitely over.

Twitter went bonkers after witnessing Mourinho’s actions after Man Utd’s crucial victory. Here are a collection of the best tweets. 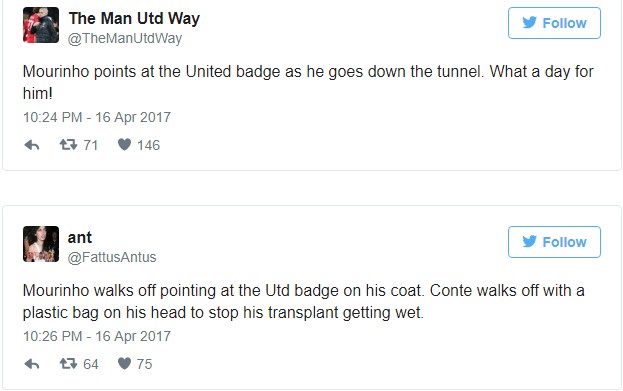