Vying for the first trophy 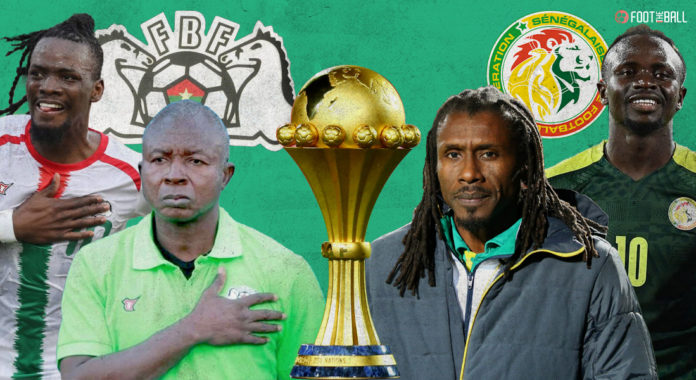 Burkina Faso and Senegal clash on Wednesday night in the first semifinal of the African Cup of Nations with both sides looking for their first ever continental tournament triumph. The Stallions overcame Tunisia 1-0 in their quarterfinal while Senegal won out comfortably 3-1 against Equatorial Guinea.

The Lion of Teranga, led by Aliou Cisse from the dugout, were the runners up in the previous AFCON edition in 2019 and will be looking to go one further this time around. Burkina Faso meanwhile are just in their fourth ever semifinal appearance and have already  caused some minor upsets against Gabon in the quarters and then Tunisia.

Senegal stuttered in the group stage, topping despite winning just one of their three matches, but have stepped up in the knockout phase. They overcame Cape Verde 2-0 before dispatching Equatorial Guinea.

The winner will take on either Cameroon or Egypt, who face off in the second semifinal.

The major absence for Burkina Faso will be young forward Dango Ouattara. The 19-year old got the winner in the quarterfinals but was also sent-off late on, meaning he is suspended for the semifinal. Aston Villa’s Bertrand Traore is expected to come back into the lineup to replace Outtara.

2012 – Dango Ouattara is the first player to both score and be sent off in a single game at the Africa Cup of Nations since John Mensah for Ghana vs Botswana in 2012. Disillusion. #TeamBurkinaFaso #AFCON2021 pic.twitter.com/d514pQJlOl

Senegal have few injury concerns of their own. Sadio Mane seems to have shrugged off the blow to the head he received in the quarterfinal and their side looks settled.

Burkina Faso will be looking to rely on Bertrand Traore who was an unused sub in the quarterfinal and should be the freshest player on the pitch. The Aston Villa forward grabbed the opener in the Round of 16 and has looked in good touch despite the lack of playing time at club level.

His physicality and pace will be key if the Stallions are to break down a Senegal defence that has only conceded once in five matches in the competition so far. His hold up play will be key in relieving some of the pressure from his side’s defence.

Senegal will look to their star man Sadio Mane for inspiration. The Liverpool winger has come up clutch for his team already, scoring a late winner in the opener against Zimbabwe before getting the first goal against Cape Verde in the Round of 16.

He was quiet in the quarterfinal but will be looking to take centre stage with his exceptional movement and finishing ability. Mane’s technical quality and whether he is able to use it or not can be the difference between a trophy and the lack thereof for Senegal.

Senegal come into the tie as favourites with a lot of match winners in their squad along with a set game plan. However, Burkina Faso have shown discipline and adventure in equal measure. The off-the-pitch problems in their country could give them extra motivation, and continue their fairytale run. Senegal though should see them off and FootTheBall predicts they will get the job done in the ninety minutes, Burkina Faso 1-2 Senegal.