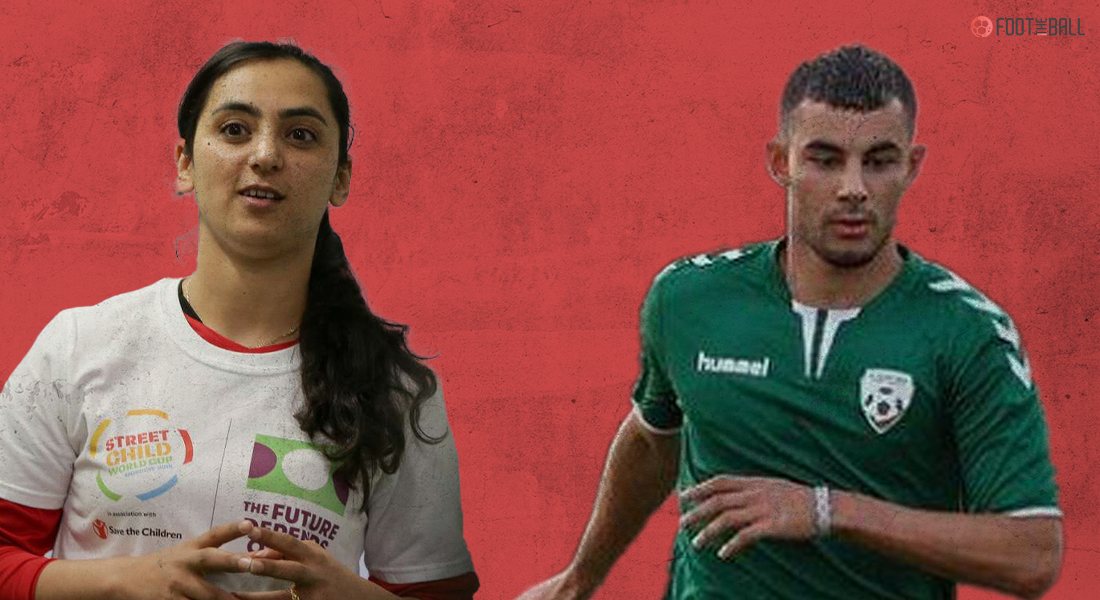 The entire world has been shocked by the recent developments in Afghanistan. The extremist Taliban regime has risen and took the country by force. After 20 years and billions of dollars shelled by countries like the USA and UK, the country is back to square one. Thousands of people have fled the country to survive. Amidst the chaos and the death around, sports might not be the priority now. But for the Afghanistan Football team, this radical change might push the sport again into dark days.

There really are no words for this. Kabul Airport via @TOLOnews pic.twitter.com/nRSo7u86Vk

Taliban was in power for five years from 1996-2001. That period saw them commit many ghastly acts like genocides, massacres, trafficking of women etc. It was a tough time for the country and with the help of global powers, they stomped out of it. But with the Taliban taking charge of the country a return to a dark period might be happening again.

We are a global sports family

We need to take care of our brave CHAMPIONS! https://t.co/ZIcMNhBa94

Sports, especially women’s participation, are one of the many aspects that are condemned by the Taliban. Sportspersons were punished and bans were imposed during their first reign. Recently, Afghanistan have made tremendous progress in sports like cricket and football. This Taliban coup comes as a hammer blow to the budding players and their aspirations.

Afghanistan is a country that has had power struggles and violence throughout its history. Right from conquerors like Mahmud of Ghazni in the 11th century to the Soviet Union’s insurgence in the modern era. Taliban was the latest demon that kept the country under its clutch in the late 20th century. Taliban is a Deobandi Islamist military organization in Afghanistan which wages war to establish a completely Islamic country. They imposed bans on many recreational activities like sports, movies etc.

Last week, cities and towns fell one after the other, even in the north of the country where the Taliban are traditionally weaker, culminating in Sunday's capture of Kabul https://t.co/5NvatWiNII pic.twitter.com/MSDVhXvZ2J

The United States of America played a pivotal role in bringing tyranny to an end. They spent billions of dollars and extended manpower and tactical support to take down the Taliban in 2001. Since then, instances of violence reduced in the country as a democratic government was elected for the first time. Ashraf Ghani came to power as president in 2014 and held power till recent developments.

However, the decision of the US government to withdraw troops has started to change the direction of winds. The Taliban army recovered for 20 years and waited for a time to pounce. They started to attack the weakened Afghan military and captured city by city. On August 15th, the Taliban entered the capital city of Kabul and took it by force. This meant the fall of the democratic government and President Ghani had to flee the country.

The Taliban says Afghan "women will be allowed to work" and it will guarantee their rights "within the limits of Islam."

Some experts, however, remain wary of the group's intentions despite such claims. Read more: https://t.co/uPrVg4HJWS pic.twitter.com/J1DWvmDlcp

The Taliban declared that they were going to form their own government and continue their mission. They promised to be different this time and granted amnesty to various government officials. But with the horrors of their previous reign fresh in mind, many of the Afghan people started to leave the country in a frenzy. It gave sight to heartbreaking scenes as violence and chaos spread throughout the country.

Football was a change in culture for the people of Afghanistan. For a war-torn country, the sport came in as a welcome distraction. The team was founded in 1922 and played its first international game against Iran in Kabul, 1941. They joined FIFA in 1958 and were a founding member of AFC in 1954. The team then struggled to play consistently on the international stage due to unrest in the country. Taliban’s previous regime put a ban on recreational activities including football.

Following the fall of their rule, the team started recuperating in the 21st century. They were invited to competitions like the SAFF Gold Cup, Asian Cup challenge etc. The team made up for the lost time by growing leaps and bounds. 2013 marked a red-letter event in their history as they lifted the SAFF Championship by beating the defending champions India. They held their highest ever FIFA rank of 122 during that period.

The team headed by Frashad Noor has slipped down the order in recent time. With the rule of the Taliban, the entire footballing scenario is up in the air now. Captain Farshad Noor, expressed his displeasure over the Taliban rule and sought help from the others for his people. He dreams of leading his team to the 2023 AFC Asian Cup.

There might be some hope for the football team, as the Taliban openly cheered for the Afghanistan cricket team during the 2015 cricket World Cup. But it was from a time when they were not in power. As they seized power now, even the cricketers like Rashid Khan are afraid of the future of sports in the country.

A DARK AGE FOR WOMEN

Taliban’s last rule two decades ago was extremely harsh on women. No one knows it better than Khalida Popal, the ex-captain of the Afghanistan women’s football team. Popal is praying that this reign won’t take them back to the same dark era. Popal fled Afghanistan in 1996 when the Taliban first captured Kabul. Under Sharia law, the Taliban considers women’s sports as a crime. Hence they openly punished players and often used them as sex slaves. This tyranny ended in 2001 due to global superpowers. So Popal returned to her country as a teenager the same year.

Popal was always optimistic about the empowerment of women. She developed a love for the beautiful game in refugee camps. She wanted them to dribble their way into a new era and established the first women’s football team in Afghan. “My generation had the hope of developing the situation for the next generation of women in the country,” she said. “So I started with other young women using football as a tool to empower women and girls.” A football team was formed in 2007 after all the struggles. After trying her best to develop the football team, Popal fell short. The death threats she faced, the corruption around her made her seek asylum in Denmark.

This post from one of our players breaks my heart in a small piece. This is painful to see the dreams and hopes of Afghanistan women & girls are fading again. It's painful to witness that they are not allowed to dream again. They are stopped from dreaming. #Afghanistan pic.twitter.com/rq6DkNvQbq

The football team she built crumbled as the Presidents of the football board were exploiting the players sexually. The top dogs were all tried and tested and Afghan football was headed in the correct wind in 2020. But the sudden Taliban outbreak threatens to push the sport into the dark age again. Popel now fears for the future of the women’s team and asks them to leave the country at once. “I have been encouraging to take down social media channels, take down photos, escape and hide themselves. That breaks my heart because of all these years we have worked to raise the visibility of women and now I’m telling my women in Afghanistan to shut up and disappear. Their lives are in danger.”

According to a senior football official from India, who don’t want to be named for obvious reasons, the Afghanistan officials who promoted women’s football are seeking refuge in India. The officials fear that they might be brutally punished by the Taliban’s for nurturing women’s football which the Taliban hates. With officials and players alike leaving the country, the future of women’s sport in the country becomes a huge question mark.