JORGE TO THE RESCUE 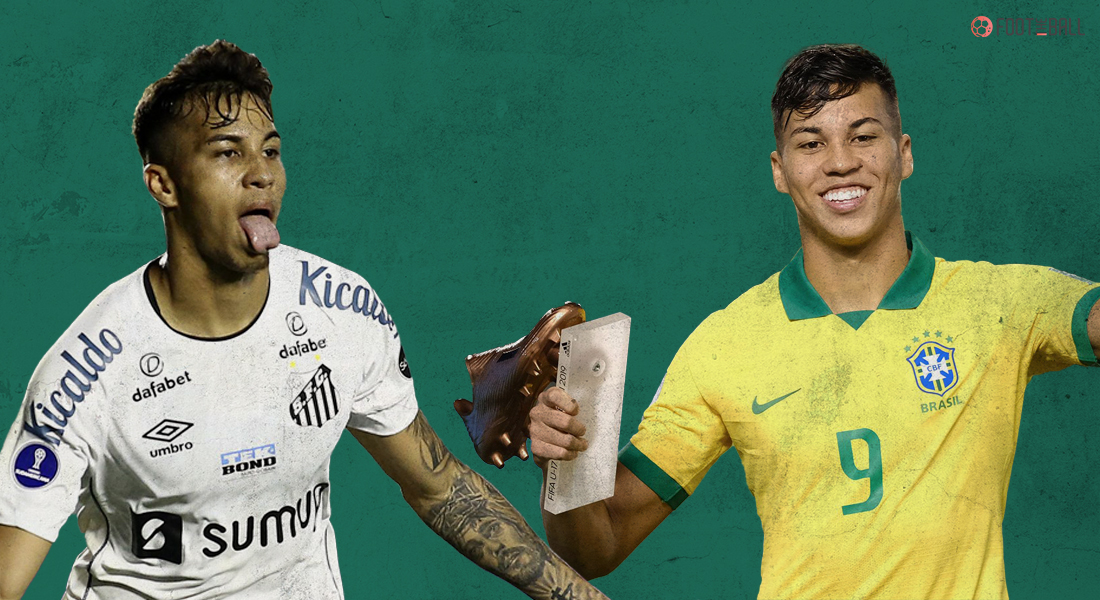 The home of sensational Brazilian attackers, Santos has once again produced a jaw-dropping forward from their production factory. 19-year-old Kaio Jorge has made his switch to Italian giants Juventus who have reserved the Brazilian’s services for just 3 million pounds.

Juventus and Massimiliano Allegri have finally captured the signature of 19-year-old Brazilian sensation Kaio Jorge. The flamboyant striker could replicate what Neymar did for Barcelona after he changed ship from Santos or what Rodrygo did for Los Blancos. The signing of the Brazilian could solve several problems surrounding Juventus’ season with Zebre still hunting for a Champions League title.

THE PARTNER RONALDO’S BEEN LOOKING FOR?

A cheque of 3 million pounds is a pittance for a teenager regarded as one of Brazil’s most enticing youngsters, who has swept South America in recent months but enraged plenty at Santos by refusing to stretch his deal beyond December, effectively forcing the team to put the Brazilian on the transfer market.

And while Benfica and Milan jumped in to snatch Jorge’s signature, Bianconeri was firm in their resolve of adding the Brazilian to their attacking roster. Allegri’s frontline consists of Portuguese’s talismanic striker and Serie-A’s biggest asset, Cristiano Ronaldo partnered up with a rising Alvaro Morata complemented by Argentine Jewel Paulo Dybala. The presence of these mouth-watering options could mean that Jorge would have to wait for his opportunity to arrive.

But when the chance knocks on the Brazilian’s doors he would be expected to accept it with both hands. Kaio Jorge has been roped into the Italian giants to function as the perfect protege for their Portuguese star Cristiano Ronaldo. Morata’s and Dybala’s depleting form saw Ronaldo being isolated in front of goal last season.

During his Los Blancos days, Karim Benzema or Gareth Bale proved to be Cristiano’s understudy whereas Tevez or Rooney occupied the role at the Theatre of Dreams. The Brazilian youngster is a street smart player. Jorge launches 2.75 shots per game and if he does the same in Turin, he might find Ronaldo feeding on most of them due to Ronaldo’s poacher instincts.

Kaio is most effective when he operates through the centre, allowing him to use his exquisite shooting and goal-scoring abilities. Kaio has found the back of the net during crucial stages for both his domestic and national outfits. He created more chances (28) than any other competitor at the U17 World Cup and ended second on the top-scorers list with 5 goals.

Kaio scores the majority of his goals with his right leg from inside the opposition box, but he certainly exhibits a wealth of variety in his shooting. Kaio produces a variety of goals, including basic tap-ins, elegant one-on-one endeavours, and more instinctual attempts and flash rockets. While he isn’t known for his stature or flying prowess, the Brazilian can calmly head the ball past the rushing goalkeeper.

Kaio has the superlative ability and tremendous passing ability and talents, as one would anticipate from a promising Brazilian prodigy. He has a natural capacity to transfer possession swiftly, whether it’s to get the better of a defender in a one-on-one tussle or to generate an opening so that he could unleash a thundering strike. While Jorge isn’t a spectacular showboater or an out-and-out showman like certain Brazilian offensive stars, Kaio possesses the ingenuity, imagination, and capability to attempt a flash of brilliance that can flip a contest, as well as the touch and ability to execute it.

Kaio Jorge’s clever mobility is one of the characteristics that distinguishes him from his contemporaries. In a fundamental sense, Kaio possesses excellent speed and velocity, which helps him to get in behind opponents, but it isn’t the same as Ousmane Dembele’s or Kylian Mbappe’s blistering darts. Because he can’t rely on speed solely, it’s more about how the Brazilian glides than how quickly he can glide, and he employs a variety of deft motions to gain an extra inch and drag opponents out of shape.

He’s not motivated to change the routes and leave opponents wondering, but his finest work is done more centrally, thanks to his tremendous flexibility. Near the goal-mouth, he bursts awake and produces quick, precise lunges to put himself in excellent goal-scoring situations.

WILL JORGE BE THEIR SILENT PROTAGONIST?

Considering the qualities surrounding the young Brazilian, he could surely be the player to watch out for Juventus. Managers have constantly attempted to construct a Juventus eleven around Cristiano Ronaldo but have failed to win the UCL. But Massimiliano Allegri would be hoping to produce a season full of goals and laurels for both Ronaldo and Juventus.

Kaio Jorge could work as the perfect strike partker for Ronaldo if either Dybala or Morata fail to reach their potential. The Brazilian himself is a fantastic goal-scorer and could sniff out opportunities before pouncing on them like a poacher. Jorge needs to work on his strength and the usage of both feet if he wants to achieve success in Italy.