The FA on Tuesday sacked England manager Sam Allardyce over an undercover sting operation, there are now report of 8 more Premier League managers who have accepted illicit payment throughout their time as coaches of various clubs. 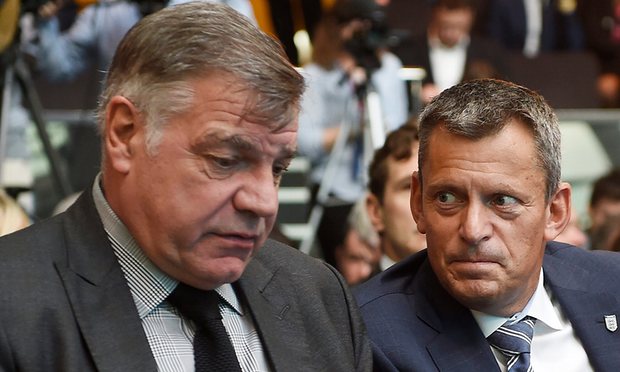 The undercover sting showed Allardyce negotiating a £400,000 deal with a fictitious Far Eastern firm over bending the governing body’s rule on player transfers.

But that it just the tip of the iceberg and Big Sam was the first victim to face the axe. In another report by the Telegraph, it has been revealed there are eight current and former managers who have allegedly been open to accepting ‘bungs’ over player transfers but none have been named so far.

Football agents were filmed by undercover reporters boasting about how many managers they had paid, with one agent saying that in football, “everything is under the table”.

According to The Telegraph, Pino Pagliara – an unlicenced agent who was banned from football for match-fixing in 2005 – was filmed naming football bosses who were open to offers.

FootTheBall understands by various sources the FA’s decision to sack Sam Allardyce came with the fear that more instigating revelations will crop up as the investigation could take in more transfers. 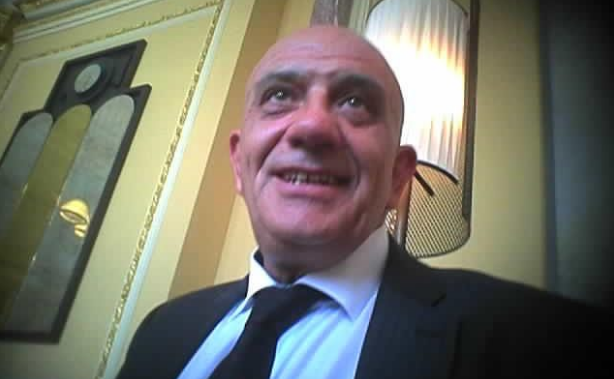 It leaves the FA facing its biggest crisis in recent years, as it deals with evidence that attempts to clean up the game have failed, while it also has to begin the search for a new manager of the England team.

As well as the eight current and recent Premier League managers named by agents, two bosses of Championship clubs were said to have been open to so-called ‘bungs’ – illicit payments.

Continuing with their undercover investigation, The Telegraph’s reporters met some agents in the guise of being businessmen for a Far East firm.

Pino Pagliara, the banned Italian agent, spoke openly about his reliance on the “greed” of managers. He even revealed some codewords used by a well-known manager who, he said, asks if there will be “a little coffee” for him if a transfer deal goes through – code for a backhander.

He even went on to say that corruption in English football was even worse than in Italy. Asked if he meant he paid people in England, he replied, “Here it’s even worse… I thought the Italians were corrupt.” Giving examples, he said of one manager: “We know him very, very well. We do a transfer to [named club], [X] has winked at us and said yeah, I want the player. Is there a little coffee for me, Pino? Yeah, that’s what he will say. “Yeah, course there is. I’ll negotiate that coffee as well.”

Undercover reporters also met Mr Pagliara’s business partner Dax Price, who talked openly about the “crooked deals” he had done and the need to pay some managers to secure deals.

He said, “It’s almost like corruption is just staring you in the face, everyone’s… that is the business.”

Both McGarvey and Pagliara have said in their dealing with a particular manager he would request them to deposit the extra cash in his Swiss account. 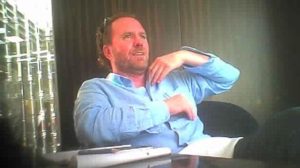 McGarvey admitted to personally paying two managers. In one instance he paid a manager – who is still working in the game –£5,000 in “readies” for a player transfer. The manager said “—-ing great, Scotty” when he was given the money.

Pagliara, who had dealt with the same manager, said the football boss liked to have backhanders deposited in a Swiss bank account. He said: “I can call [X] now and all it is with [X] is ‘How much, Pino? And will it be the same Swiss bank account?’”

The two men agreed that an associate of the manager would send an invoice in future to cover any other payments, and Mr McGarvey said he had sent the associate £30,000 from a Monaco bank account in relation to the transfer of another player.

Ex-Premier League manager allegedly liked “bungs” in cash or deposited in a Swiss bank account. Pagliara said: “I can call [X] now and all it is with [X] is ‘How much, Pino? And will it be the same Swiss bank account?’”

Ex-top flight manager has had “more backhanders than Wimbledon”. Pagliara said: “This is what I hate… the guy that used to need the money but he’s had so much now that all of a sudden he’s whiter than white.”

After managing several British clubs, he was allegedly fired by one for having “his fingers in the till”. Pagliara said he would get involved if “you understand that when we do deals I have to have a carrier bag with some cash”.

Pagliara said of this boss with Premier League experience: “We know him very, very well. We do a transfer, [X] has winked at us and said ‘Yeah, I want the player. Is there a little coffee for me, Pino?’ Yeah, course there is.”

Ex-Premier League manager who, said Pagliara, would call him and say “here’s the number”, and give him details of a Swiss account. He said: “It was always numbered accounts.”

A former player who now manages, he allegedly likes extra money to secure deals because he is not on a big salary at his club. Pagliara said: “[X] takes a few [inaudible] because he’s not being paid big money.”

Ex-Premier League manager is another “we can put on the payroll”. If a player was transferred for £10m, “we’ll turn round to [X] and say, listen, if you take this player we’ll look after you. OK? OK, boom.”

Agent Dax Price said this long-serving manager would pick three trusted players and tell them he was paying them an extra £8,000 per month, on condition that they paid him £4,000 per month each.