REPORT: ANGERS VS LILLE, DAVID AND YILMAZ STRIKE TO GIVE LILLE THE LIGUE 1 TITLE

Lille needed to win or match PSG’s result to become French champions and they comfortably had their destiny in their hands throughout the ninety minutes. Jonathan David opened the scoring for the champions before winning a penalty just before the half-time whistle. The side’s top-scorer Burak Yilmaz dispatched the spot-kick to double the lead.

An expectedly nervy second-half followed but Lille’s win was never under much threat. Angelo Fulgini’s late strike for Angers was naught but a consolation. Here are our key talking points from the match.

Benfica. Bayern Munich. Swansea. Lille. That is a very weird career path for any player, but even more so for a 23 year old. Renato Sanches has had a troubled career since bursting onto the scene at Euro 2016 but he seems to have finally found his place with Lille. He has been outstanding this season and his performance on the last day was a crowning moment. 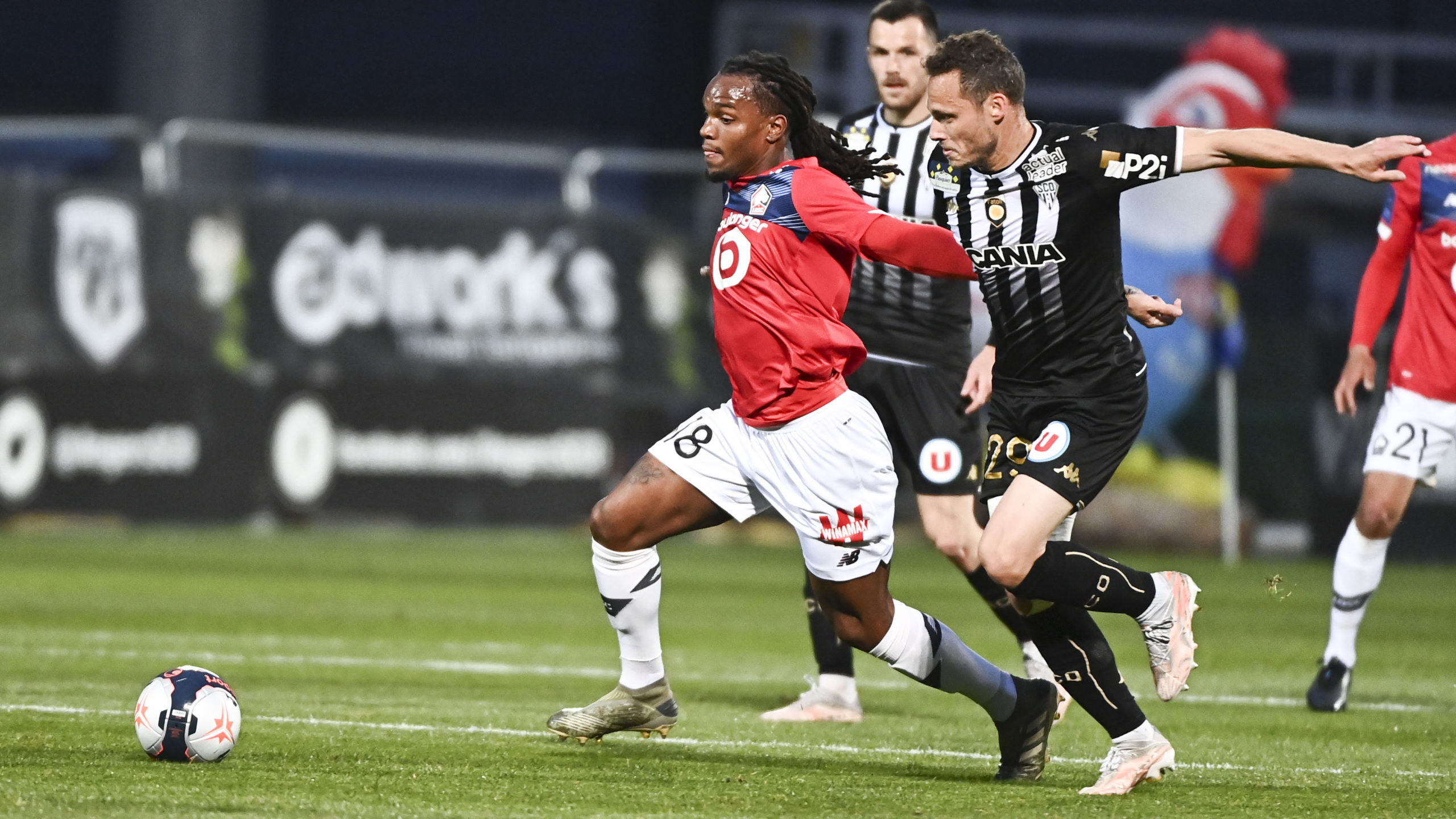 The Portuguese was dogged in defence, closing up passing lines sharply and putting himself about, so to say. However, it was his assist for the first goal that grabs headlines – a good run, beating two defenders before poking through a pass beyond the last line for David to run onto. Sanches is once more grabbing eyeballs with his performances and Sunday was no different.

Lille’s title success has been based on their defence. Christophe Galtier’s side have conceded just 22 goals this season – six fewer than any other side in the league. The last day was no different even without their suspended captain Jose Fonte.

Lille conceded just 23 goals in the 2020/2021 Ligue 1 season, fewer than any other side across Europe’s top five leagues.

They were disciplined throughout the 90 minutes, barely giving Angers a sniff around the goal. When Angers did manage to get a shot away, Mike Maignan in goal was immovable, as he has been all season. The French shot-stopper who has arguably been their player of the season could not keep his 22nd clean sheet of the season, missing out on equaling the Ligue 1 record.

THE STAR OF DAVID

The star of the night for Lille up front was Jonathan David. The Canadian striker finished well for the opener before using his pace to get a touch ahead of the Angers keeper before being brought down to win the penalty which would bring the eventual winner.

Even beyond his goals, David was the out-ball for Lille. He held up the ball well alongside Yilmaz and provided much needed relief to the defence in the second half. David combined flair with industry on the night – a perfect metaphor for Lille throughout the season.