YOU WIN SOME, YOU LOSE SOME 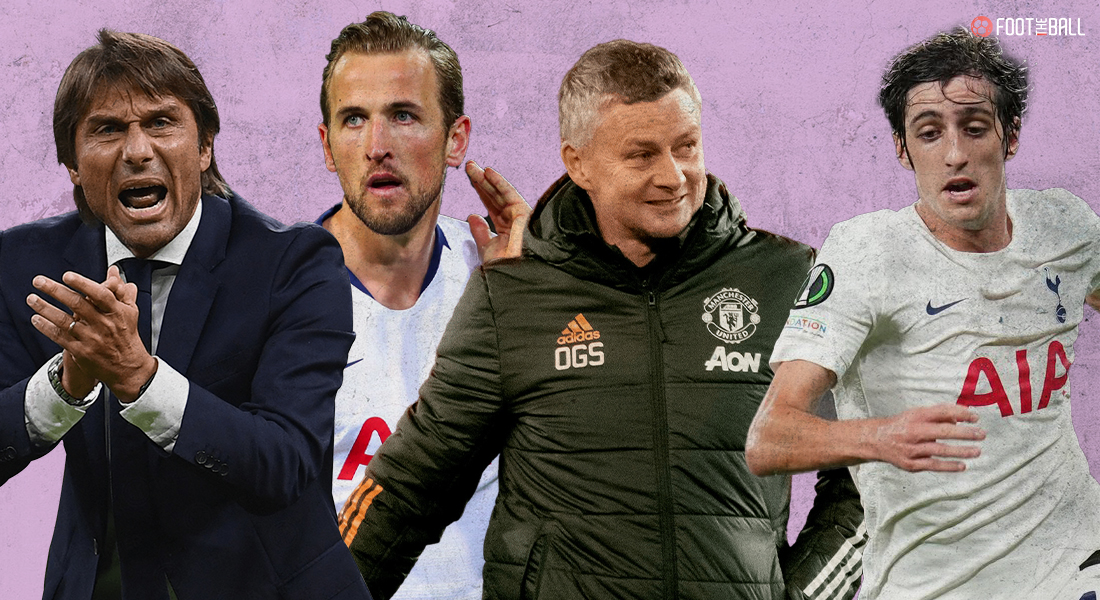 Spurs’ nightmare of a season with only 10 games in may finally be looking up. Winning five and losing five matches along with some dismal football on-field cost Nuno Espirito Santo his job.

The only silver lining right now is former Chelsea and Inter manager Antonio Conte has been as the new manager. Conte has a habit of turning clubs down on their luck and achieving successful results in a very short period of time. It coincides with Spurs’ long held ambition of finally winning silverware, having come close on numerous occasions.

The more pressing questions regarding the news is who can potentially benefit and whose days are numbered at the club. FootTheBall looks at the biggest winners and losers of Conte rejoining the Premier League.

It will not be a surprise for fans to ask- has Kane been playing in the last few matches? Indeed he has played nine times in the league, starting eight of those encounters. That has produced a grand total of one goal and one assist, that too in the same game against Newcastle. Kane’s numbers across the board have taken a nosedive with a 74% passing accuracy, 67% shooting accuracy, and just 41% dribbles success rate.

In two games, he has had no shots-on-target at all. After a desperate bid to leave Spurs in the summer failed, it is clear that everything is not well with Kane. That has severely impacted the club’s chances of winning as they are the joint second-lowest scorers (only ahead of Norwich).

Kane will be reborn under at Spurs Conte just like Lukaku was, Berbatov says https://t.co/WDmQJJqzPG

Conte has a track record of improving downtrodden strikers into supreme goal scoring machines (Mario Mandzukic, Diego Costa, Romelu Lukaku). It is clear that the Italian will have a job on his hands in turning the fortunes of last season’s Golden Boot winner quickly.

It certainly pays to be a left-footed defender nowadays. In the age of the three-man backline, Davies’ natural ability is certainly a boon for a player who has not featured too much yet. He has just two appearances in the league (one start) as Nuno mostly used him for cup competitions. With Conte coming in, Davies’ stock might take a rise as the left-sided centre back of the manager’s preferred 3-5-2 formation.

Tottenham Hotspur have confirmed the appointment of Antonio Conte, excellent fit in my opinion. Really think that back 3 will work well and Ben Davies I think will actually work really well in the centre-back role. He has a fantastic track record and he’s a winner #THFC

Most likely it will be a competition between him and Davinson Sanchez but his foot might just help him edge out. Davies is a solid defender if used properly though he has shown to be fallible in recent times. Furthermore, he may also be deployed as the left wingback in place of Sergio Reguilon. There are a few combinations and possibilities that Conte will no doubt be working on but for now it does seem Davies is set to be a big beneficiary under a new coach.

“…and Solsjkaer has done it!!” The words of that famous night in 1999 ring true once again, this time as manager of Manchester United. For it was his job that Conte was most feverishly being linked with after an alarming run of recent form. One draw in four Premier League games, two heavy defeats to Leicester City and Liverpool and a last-gasp comeback win over Atalanta at home had fuelled intense talks of Solskjaer’s time finally coming to an end.

However, as he has done time and again before, he pulled a rabbit out of his hat. United’s 3-0 win over a listless Spurs had everyone talking about Nuno getting the sack while the pressure was eased just a bit on the Norwegian. Though he still has to continue performing and winning, it certainly makes your job easier when you know that a rival candidate for your position is off the market.

It is just a bit on the nose that the win in London came using the formation made super effective by Conte at his previous clubs.

To be fair, Levy has been doing a lot of losing since the 2019 UEFA Champions League final. Mauricio Pochettino’s dismissal soon after was met with even more incredulity when the board moved for Jose Mourinho. The former Chelsea and Manchester United boss was considered not the ideal fit, given the players at his disposal and his defensive methods of playing.

Highlights of Daniel Levy’s year: Signed up for Super League, fired Mourinho, failed to sign coaching targets, fired Nuno, fell out with Harry Kane, given more influence deciding how European football is run by getting elected to ECA board. https://t.co/gzsNRkmnJS

Mourinho was fired in April, with Levy having to spend millions in terms of his payout compensation. The search for a new manager was long and arduous with several names rejecting the club’s offer. One of those names was the man primed to take over now, Conte. The uncertainty surrounding the future of Kane added to the convoluted backdrop forcing Levy to go with Nuno. That move ended with further disaster, Levy once again had to shell out a lot of money, and the team is back to square one.

🤯 “If Conte would rather choose Spurs over a potential, inevitable opening at #MUFC then I’m staggered.”

Moreover, the chairman’s own statements of hiring a manager “whose values reflect those of our great Club,” and “continuing to embrace our desire to see young players flourish from our Academy alongside experienced talent.” Conte is not expressively known to have time for promoting youngsters, as he has used mostly a settled squad of senior pros wherever he has coached.

Levy might win silverware finally but there is a real risk of the club being worse off in terms of harmony sometime in the future.

One of the poorest players on the pitch against Manchester United with Spurs fans flabbergasted how he lasted more than 70 minutes. Lo Celso’s career in England has stalled quite a bit after the first season on loan in 2019-20. Levy chose to make it into a permanent move for £42m that summer, and the fact that he has four more years left is staggering.

If Giovani Lo Celso can’t show his best side against this midfield, with its thirty-yard lateral gaps and lanes someone could drive a hovercraft through, then I don’t know what the answer is with him.

More often than not, he has looked horribly unimaginative and lost in midfield while having just one shot-on-target in his six appearances in the league so far. Lo Celso is deployed as the creator, someone who sits behind the forwards and exploits the space around for raking passes, getting others into play.

This kind of lacklustre performances will not impress Conte one bit who is renowned for demanding the absolute best from his players in terms of workrate and benching those who are not up to the mark at any point in training or the game. As days go by, this move is looking more and more bad on Levy and the board.

As mentioned above, Conte is not a big fan of using young talent and academy graduates unless they are already established as regulars in the first team. That is bad news for Spurs given they have quite a few of these players. Japhet Tanganga, Dane Scarlett, Jack Clarke, Alfie Devine, Harvey White, Joe Rodon are all in and around the first-team picture.

In All or Nothing, Daniel Levy emphasises how important the Academy is at Tottenham.

Antonio Conte didn't give debuts to any Academy players in his 1st season at Chelsea/ seemed reluctant to give opportunities to young players throughout time at club. https://t.co/I2rAz7h8ZM

Some have even played this season or the last one, along with a bit more aged players like Joe Rodon, Harry Winks, Matt Doherty and new signing Bryan Gil. They are the ones at most danger of missing out playing in the near future given Conte’s propensity of going with the same team in most matches across all competitions. Needless to say Levy has promised some new signings in the January transfer market, all of whom are destined to slot straight into the lineup in areas where there are problems. This is yet another step away from Levy and the fans’ vision of seeing more homegrown talent take the field.