FERGIE TIME FOR THE DRAW! 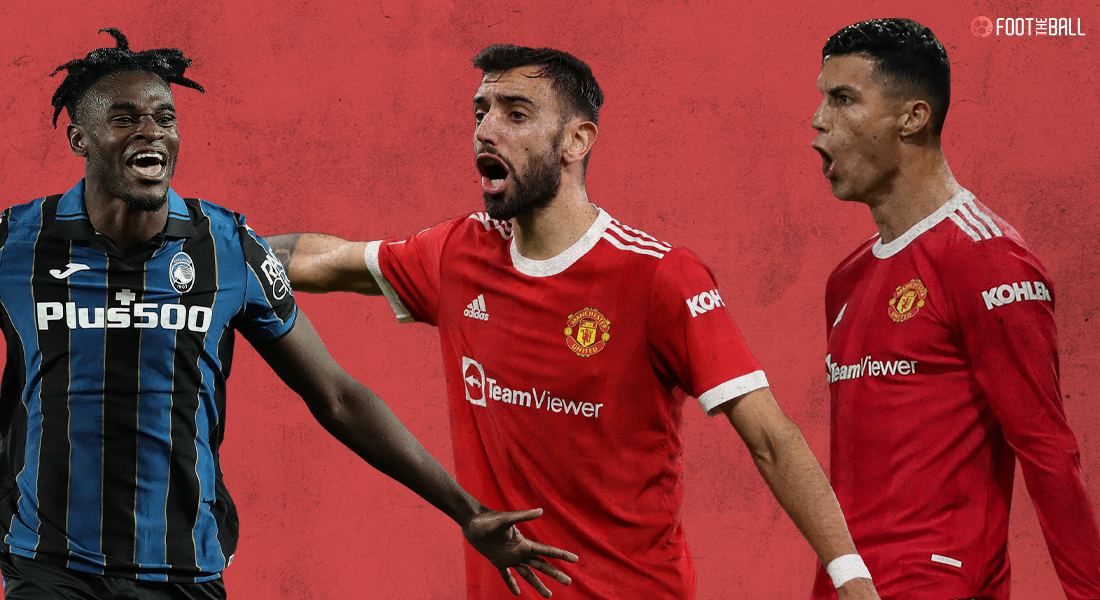 Bergamo was the place to be as Atalanta played hosts to Manchester United on matchday four of the UEFA Champions League. The English side came back from two goals down to win in Manchester and the Italians will be keen to even up the record.

It was the Red Devils with the first shot of the match, McTominay’s strike taking a big deflection to wrongfoot Musso before dribbling back of the right hand post. However, it was the other goalkeeper that contributed to the game’s opener. Zapata’s strong run into box and pass into Ilicic saw the attacker striker the ball first time and the low shot somehow squirmed past De Gea.

Ronaldo thought he was through on goal at the other end but Musso came out quickly to snuff out the chance. Shaw was the next to try his luck but his shot into the ground bounced high and behind. United were piling on the pressure now, Ronaldo heading over from Pogba’s cross next. Pogba’s poor attempt at clearing almost presented Zapata the perfect chance to double the lead but for Bailly’s superb tackle right in front of De Gea.

Heads up, Reds! Let's turn this one around 👊#MUFC | #UCL pic.twitter.com/gL7oLpVFiW

The night got worse for United, with Varane being forced off due to an apparent injury as Greenwood came on. The defence reverting to a back-four with Greenwood and Rashford out wide. Just when it seemed like the hosts would be taking a halftime lead, the Red Devils struck back. Clever interplay between Fernandes and Greenwood saw the Portuguese backheel the ball for his compatriot to run onto inside the penalty box and smash home the equaliser.

Both sides started the second half in a brisk manner, searching for the second goal. It eventually came from Zapata who raced onto a simple ball over the top from Palomino, evaded Maguire’s desperate lunge before placing the ball past De Gea. There was a lengthy VAR check but it was the United skipper who was playing the Colombian onside and the goal stood.

Solskjaer responded by bringing on Cavani and Matic in place of Rashford and Pogba respectively as the game ticked over the 70 minute mark. The Red Devils were dominating possession now but Atalanta held firm and repelled everything coming their way. Zapata headed over from a good cross into the box as the home side remained a threat up top heading into the final 10 minutes.

Atalanta 2-1 Manchester United…
👀 What will happen next?

With Atalanta now enjoying far less of the ball, Zapata took aim from a long way out as De Gea had to push behind his shot. Just when it seemed like all was over, Ronaldo’s volley across goal after good play from Sancho. Van de Beek had a late chance but saw his shot from a tight angle well saved by Musso. as the spoils were shared.

🤯 Cristiano Ronaldo has netted nine times in 11 games for Manchester United this season, all of them have been decisive goals (game-leading, equaliser, winner) #UCL pic.twitter.com/Nl1yfH5A9A

They were cruelly denied in the final minutes back in England, but on home soil, there was to be no two-peat. The inclusion of Zapata from the start was a key facet of Gasperini as the big, burly striker caused problems all night long for United’s defence. With Demiral also back and Maehle running things on the flank, they started positively and took a fortuitous lead.

Duván Zapata in Serie A & #UCL this season:

On the other side, they defended well by throwing bodies in front of shots and though they were undone by a supreme piece of goal leading to the leveler, the second half saw them make their own luck. Zapata’s goal was a combination of accurate passing and supreme finishing as the forward stayed calm to tuck his chance away. However, it was not enough to take all three points as Ronaldo struck in the second minute of injury time to break Italian hearts once again.

The draw was not the only blot for United as star defender Varane was taken off during the first half from an apparent injury, having just returned to the side. That spells potential doom given the Manchester derby is on Saturday and he is a key member. Coming to this match, Solskjaer’s side as they have started most games this season- by going behind. De Gea committed a horrendous blunder but was bailed out at the stroke of halftime thanks to their Portuguese connection. Ronaldo’s goal kept up his hot scoring streak going though the second half was far less kind.

Bailly leaving acres of space between him and Maguire meant Zapata had a clear run at goal and United were duly punished once again. After that, the Red Devils had large spells on the ball but Atalanta’s threat on the counter remained very much real. Sancho’s introduction seemed to rejuvenate the side as his industrious run set up the final chance from which Ronaldo scored his second of the night to secure the point for United.

Nobody was getting too worried after United’s dominant win over Spurs at the weekend, given how utterly terrible the Londoners were. It was evident here once again that some key problems remain despite the goal scoring heroics of Ronaldo. Pogba looked woeful, constantly passing the ball sideways or back while Rashford was barely noticeable in attack. Remarkably, it was Eric Bailly who was the star of the match, making a bucketload of vital interceptions and getting his timing impeccably right. The match against Manchester City will be another big test and Solskjaer knows he can ill-afford conceding sloppy goals once again.