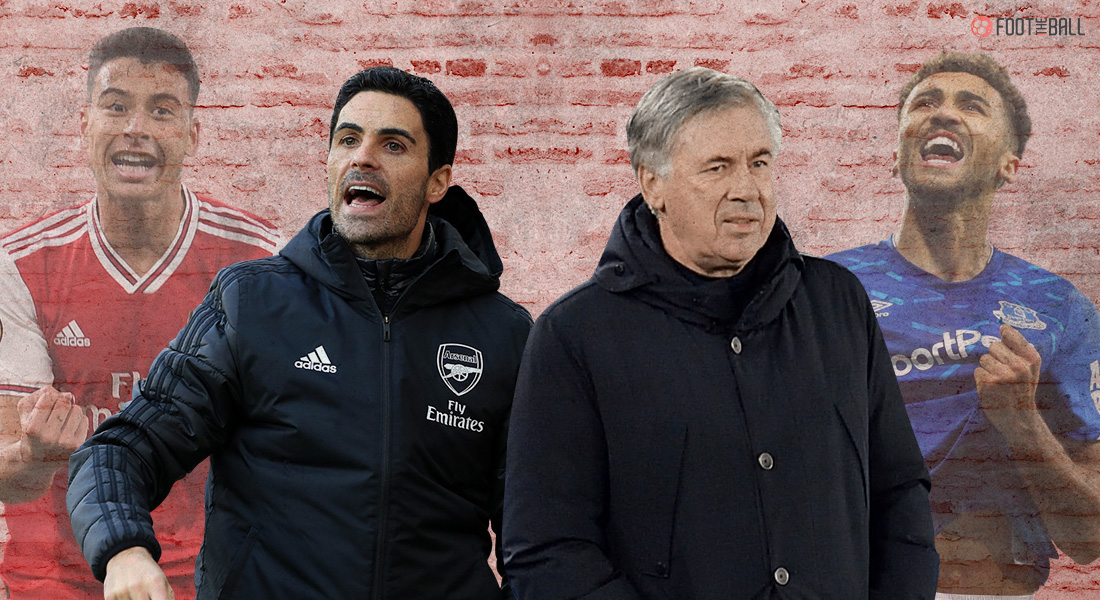 Mikel Arteta’s side had a disappointing draw against Fulham FC last week needing a 97th minute equaliser from Eddie Nketiah to rescue a point. The Gunners sit nine points behind Chelsea in fourth place and four points behind North-London rivals Tottenham Hotspur as the race for European positions continue.

Arsenal's Mat Ryan with 3 passes in the opposition half today, including a header in the build up to Nketiah's 97th minute equaliser pic.twitter.com/d0TT1Hohm9

On a positive note, Arsenal are unbeaten in their last four games in all competition including an impressive 4-0 victory away to Slavia Prague in the second leg of the Europea League quarterfinal which set up a tie against former boss Unai Emery’s Villareal.

Everton are currently on a six game run without victory. Harry Kane and Gylfi Sigurdsson’s braces cancelled each other out to get them a point last Friday. After a good start to the season. Carlos Ancelotti’s side has fallen off the paces.

However, a win for the Merseyside club could further help secure their spot in the Europa League. The Toffees will fancy their chances and will be further boosted after they recorded a 2-1 win in the reverse fixture at Goodison Park in December.

Arsenal will be without both their senior strikers, as there is no confirmation on Aubameyang’s return after contracting Malaria and in-form striker Alexandre Lacazette pulled his hamstring in the game against Fulham last week and looks set to be on the sidelines for a few weeks.

Andre Gomes looks set to return from a thigh problem and Ancelotti will be hoping that striker Dominic Calvert-Lewin can overcome his abductor problem.

Bukayo Saka will be nailed onto a starting position after rediscovering his form in the last couple of weeks. Going by the way how well they combined against Slavia Prague, Nicholas Pepe looks set to start alongside Saka.

With the injury to Lacazette, Gabriel Martinelli looks set to lead the front line. The young Brazillian looked rusty in the last game against Fulham. However, Arteta will be well aware of the qualities the young forward can bring to the table.

Martinelli's low ball is turned in by Andersen, but it won't count because an offside by Smith Rowe in the build-up

With the return of Andre Gomes, Tom Davies will be under pressure. The Portuguese technician could play an important role coming off the bench. Richarlison’s pace will be a threat up against Xhaka down Everton’s right hand channel.

With both teams struggling to find consistency, a lot will depend on their creativity in the final third. Ancelotti’s side shall be no pushover and the chance for securing a spot in the Europa league will drive both sides. However, Everton have been a better team overall this season and their creativity through James and Sigurdsson should be too good for Arsenal’s iffy backline. FootTheBall predicts Arsenal 1-2 Everton.