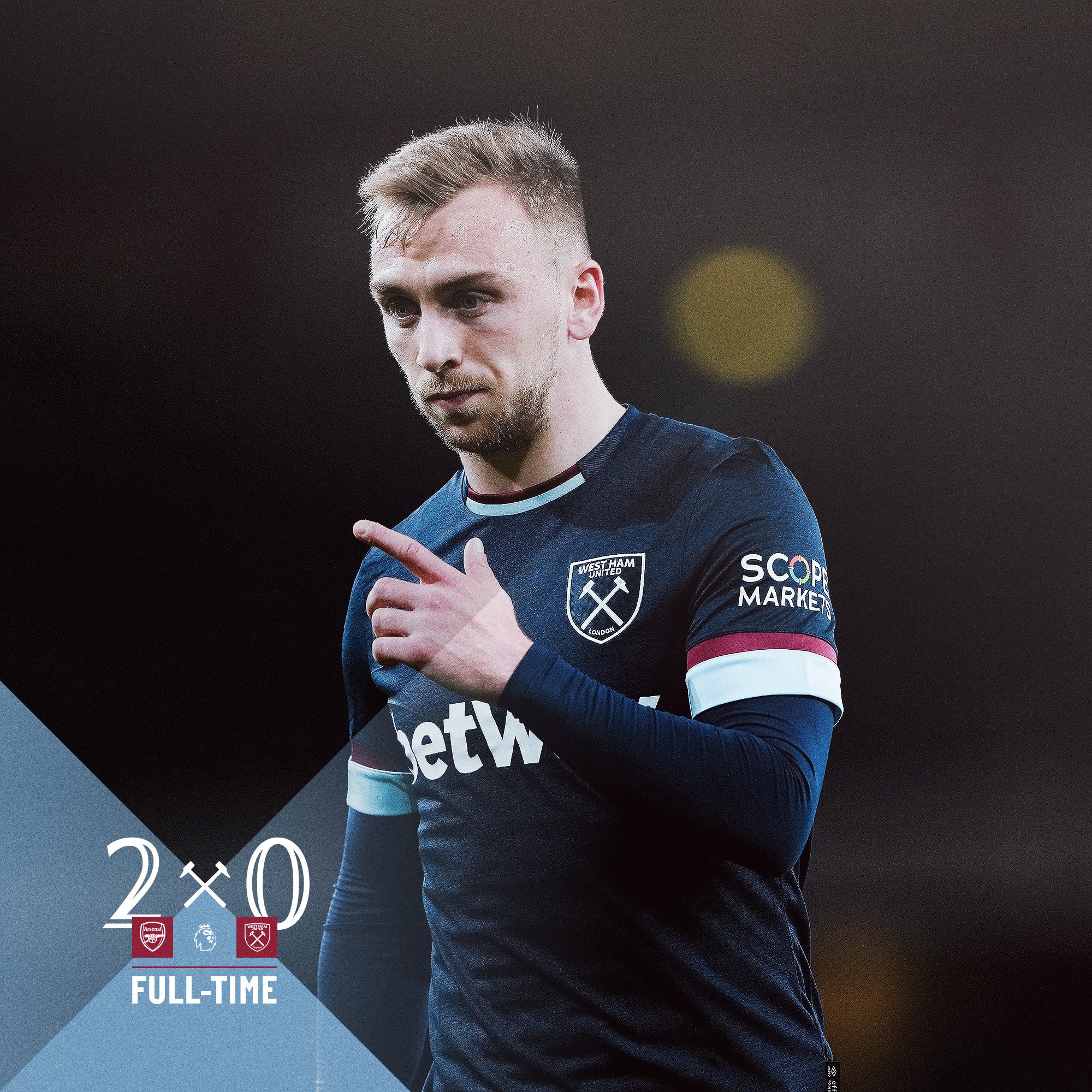 Arsenal and West Ham clash in an important clash for the top-four. The Hammers can solidify their 4th-place while the Gunners aimed to replace their opponents.

It was a tepid start to the game, with no great chances. There were a couple of fouls here and there which hampered a smooth flow of the game. The Gunners dominated the ball but were not much of a threat going forward. West Ham were being pressed quickly and rarely could play in the final third.

Pablo Fornals went the closest, bending a shot just past the left hand post of Aaron Ramsdale just past the half-hour. The home side replied minutes later, Kieran Tierney’s fierce attempt tipped onto the crossbar by Lukasz Fabianski. Alexandre Lacazette was the next to to try Fabianski, who spilled the shot but Gabriel Martinell could only poke wide under pressure from Craig Dawson.

The opening goal came within three minutes of the restart. Lacazette slipped in Martinelli behind the defence before the forward opened his body up and curled the ball past Fabianski into the net. Jarrod Bowen’s deflected shot needed to be tipped away by Ramsdale as the Hammers looked for a response.

Things went from bad to worse for West Ham a bit later. Vladimir Coufal’s foul on Lacazette was deemed a penalty for the follow through on the Frenchman. Coufal was also a shown a second yellow card and had to leave the field. However, the silver lining was that Fabianski saved the ensuing penalty from Lacazette to keep the Hammers in the game.

Martinelli almost turned provider for Bukayo Saka but his shot was blocked behind for a corner from right in front of the goal by Issa Diop. But the second goal arrived four minutes from time. West Ham lose the ball high up the field, and Emile Smith Rowe’s strong run and finish left Fabianski stranded as the game was all but sealed.

West Ham were unable to mount a late comeback and had to leave the Emirates empty handed.

The better team won, it has to be said. Mikel Arteta’s side were impressive in the first half, barely allowing West Ham any time on the ball. They were pressing them high up the field and getting forward regularly, especially down the right. Saka was enjoying himself one-on-one against Masuaku, and it took a heroic defensive effort led by Dawson to keep the scores level.

The dam was finally broken in the second half in brilliant fashion by Martinelli with a sumptuous finish. Lacazette had a brilliant game, blighted only by the penalty miss. Smith-Rowe secured the points late on with a smart finish and it was no less than they deserved.

HAMMERS TOIL TO NO AVAIL

It was a tough night for David Moyes and co. as they were never really up to the task. Antonio was left alone up top far too often, and had to drift wide in order to pick up the ball. Bowen and Lanzini were pretty quiet, but it was the backline that really shone.

Dawson and Diop were excellent in getting their body on the line in front of everything. The fullbacks were really poor which did not help their cause, compounded by Coufal’s sending off. One shot on target cannot win you anything in these times and it was proved here.

ARSENAL INTO THE TOP FOUR

The day has finally arrived, after two-and-a-half years. Arsenal have finally moved into the top four at this stage of a campaign. They had their fair share of troubles in getting there but the recent showings have certainly merited them a place. West Ham meanwhile slip below the Gunners into fifth, but they are right in the thick of the European places.