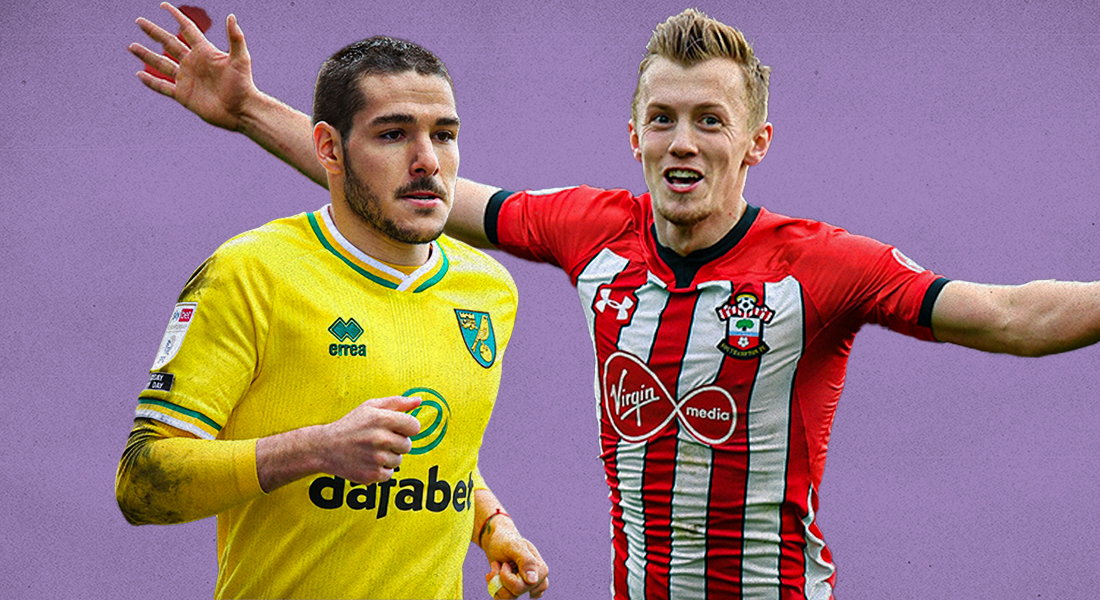 Aston Villa was just another Championship team till 2019 and in just 2 seasons they have turned into one of the biggest and the most promising outfits in the Premier League. They are planning big things for this summer transfer window as they try to push for European football next season. Aston Villa is reportedly looking to sign James Ward Prowse in the coming days. Here’s how the central midfielder will look in Villa Park.

Ward-Prowse currently plays for Southampton at the heart of their midfield and had an amazing 2020/21 season. Southampton did really well for the first few months of the league and the 26-year-old had a huge role in their success. James scored 8 goals and provided 7 assists for them in the Premier League.

His passing ability is almost perfect as he was always involved in the link-up play for the Saints. Jack Grealish is often seen bullied on the pitch by opposition defenders but if James Ward-Prowse joins the Villains, it’ll relieve a lot of pressure from Grealish and Watkins. Aston Villa doesn’t have a proper set-piece specialist, and James Ward-Prowse is just what they need.

Despite Aston Villa’s need for the Englishman, Ward-Prowse has just signed a 5-year contract with Southampton last summer and won’t be an easy player to nab, but if Villa manages to pull it off, it’ll amplify the team by many folds.

THE ONLY WAY IS UP FOR ASTON VILLA

Dean Smith has been the gaffer for Aston Villa since 2018 and since then they have done nothing but improve every season. In the 2019/20 season, Aston Villa just avoided relegation as they finished 17th in the table and now they were battling for a Europa League spot for a major chunk of their campaign.

Aston Villa have been gradually setting up what must be one of the most complete squads we have seen so far in England. Dean Smith signed Ollie Watkins, Emi Martinez and Bertrand Traore on bargain deals ahead of the 2020/21 season and look how they turned out.

Dean Smith has stated that they are not going to bring a lot of players but are surely going to make select transfers that can make a massive impact on their side, just like last season. They are looking for players who have Premier League players and are also British so that they won’t have to waste time and adapt to the environment.

Aston Villa went on and signed Emiliano Buendia. The best player in the Championship last season for a fee of around €33 million, from Norwich City just a few hours ago to bolster their midfield. It looks like Dean Smith’s major concern right now is to bring in replacements if Jack Grealish, unfortunately, leaves his boyhood club for Manchester City or any other big European club. Even Ross Barkley has reached the end of his loan and has gone back to Chelsea.

Norwich City can confirm that a club record deal has been agreed with Aston Villa for the transfer of Emi Buendia.

Aston Villa plays in a 4-2-3-1 formation which means they play 5 midfielders a game. It is quite clear as to why Smith is looking for versatile midfielders for the next season. Jack Grealish suffered from a shinbone injury due to which he was unavailable for nearly 3 months. Aston Villa dropped many points during that period and might have finished a lot higher in the table if it wasn’t for their star man’s absence. Aston Villa needs to increase its depth in midfield regardless if Jack Grealish stays or leaves.

Aston Villa also needs to improve their backline if they are looking to challenge the top 4 teams in the Premier League. Tyron Mings and Ezri Konsa have been playing well but Villa needs someone more reliable and consistent to lead the defence. Villa is rumoured to be linked with Rangers defender Filip Helander although nothing substantial has been discussed yet.

There are still many days left in the summer transfer window and we can be sure the transfers of James Ward-Prowse and Emiliano Buendia are only the start of their transfer business as Aston Villa are going to make a few transfers before the end of the month. They are looking solid in terms of quality and are hopeful of playing well again this season.

Jack Grealish is in terrific form as he is showing in the international friendlies for England and we are certain many suitors are waiting for his signature. He’ll decide after the Euros and whatever he decides we are sure it will deeply affect Aston Villa. Let’s just hope he sticks around at his boyhood club for a few more seasons until they pull off a 2015/16 Leicester kind of season.