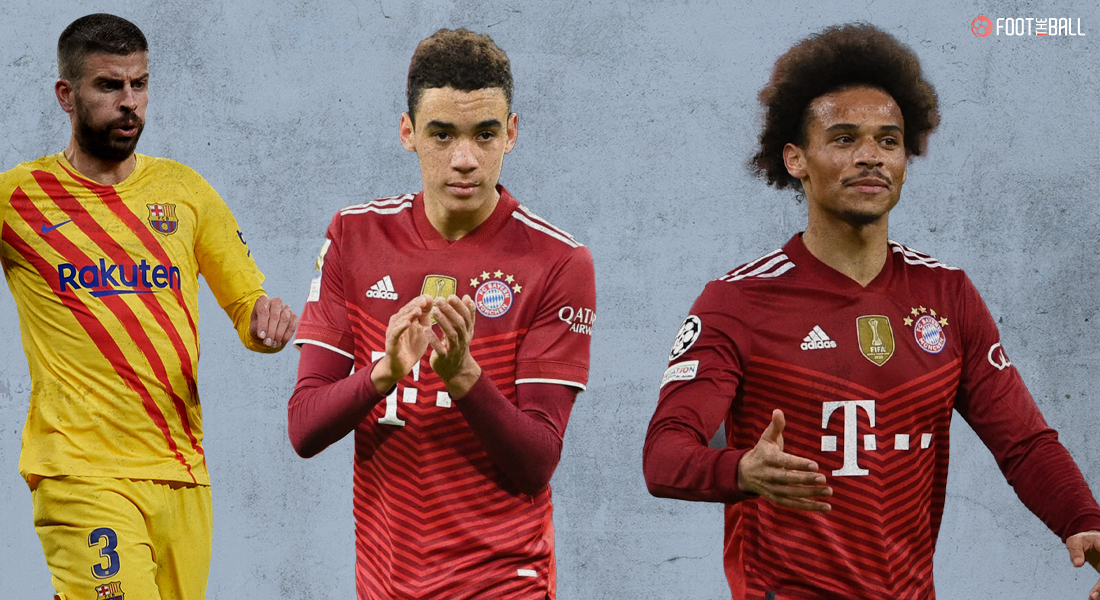 The most important tie in Xavi’s short tenure at Barcelona so far. The Blaugrana needed a win in order to qualify for the knockouts, given Benfica’s overwhelming likelihood to beat Dynamo Kyiv. Bayern, meanwhile, were looking to complete a clean sweep of six wins from six games.

The goal came just past the half hour and it was the two wily old foxes combining. Robert Lewandowski’s run in behind the backline helped in isolating Gerard Pique to the right of the goal. He bided his time before chipping a cross to the onrushing Muller whose looping header was cleared on the line by Ronald Araujo. However, the defender’s luck was out as the ball had crossed the line meaning Barcelona now needed two goals to advance. But they fell further behind 10 minutes later.

What an assist from Lewy 👏

Leroy Sane took aim from more than 25 yards and his powerful strike bamboozled Ter Stegen whose weak right handed attempt was not enough. Suddenly, the visitors had a mountain to climb to after the break as Bayern were very much in control.

Bayern made an excellent start to the second half, breaking at pace down the left. Alphonso Davies’ fizzed cross made it all the way through to Kingsley Coman who touched it onto Sane. With everyone expecting the net to bulge, Sane made a poor connection that was easily held by Ter Stegen.

Barcelona did have some forays forward but Bayern were always well placed to clear the danger away. The third goal eventually arrived just past the hour mark which involved beautiful linkup play again. Lewandowski dropped into midfield to pick up the ball before switching the play to Davies on the left. His pace left Araujo floundering the cutback found Jamal Musiala who tapped it in. There were some suspicions over whether the ball had crossed the line but replays showed it was not fully past.

Julian Nagelsmann was not risking anything as he brought off several off his starters, including Davies, Lewandowski and Coman. That slowed down the pace of the game considerably and even though Barcelona continued seeing bits of the ball, they could do little with it. Indeed, there was nothing to show they could even pull one goal back as the final whistle went. Xavi and his team drop down into the Europa League as Bayern win six from six.

They were always going to be the favourites in the encounter but the job needed to be done still. Which Bayern did in a supremely efficient manner. All the usual suspects started among those not sidelined with illnesses and it took just 30 minutes to open the scoring. Muller’s header was as much about his veteran experience as it was about poor defending from Barcelona. The second was an absolute peach from Sane who belted the ball into the net.

They had further chances to increase their lead, through Coman and Sane again, before Musiala made it three from close range. The game slowed down a touch as bench players came on for Bayern with the result already secured but there was no fluke in this performance. Bayern remain one of the most fearsome teams to face in Europe.

NO MIRACLE FOR XAVI AND CO.

His immense optimism aside, there is very little going right for the former midfielder at the helm of his former club. After suffering his first defeat over the weekend against Real Betis, this was almost certainly going to be number two and so it proved. They made a bright start and had a couple of decent chances before the floodgates opened. The defenders could not live with Lewandowski as he found Muller for the first, with Clement Llenglet and Oscar Mingueza ball watching.

0 – @FCBarcelona have played more European Cup/@ChampionsLeague away games without a win against Bayern Munich 🇩🇪 than against any other opponent in competition’s history (G4 D1 L3). Bravery. pic.twitter.com/WdUXVs6IXt

Ter Stegen did not cover himself in glory in trying to save Sane’s fierce effort, getting deceived by the flight of the ball. The third was once again poor defending and standing around the penalty spot without covering their man. Barcelona did try as much as they could but it was simply never going to be enough.

Many have wondered about the possibility of Barcelona winning the Europa League in order to qualify for next year’s Champions League. That may not be entirely wrong. Currently 16 points behind the league leaders Real Madrid in La Liga, the picture is not getting any better for Xavi who is hamstrung by financial restrictions to bring in too many reinforcements in January either. Nevertheless, they will expect to go deep in Europe’s second-tier after 17 years, and quite possibly aim to lift the trophy. But a lot of work needs to be done in order to realise those dreams.