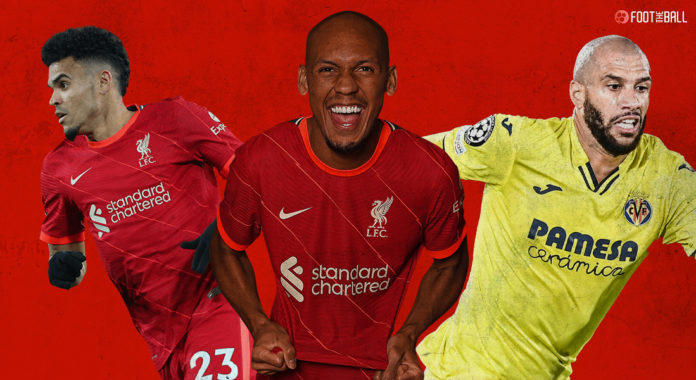 The second leg between Villarreal and Liverpool could not have been different for the two teams. The Reds held a two goal lead with the Yellow Submarine having it all to do.

They started on the right note. Pervis Estupinan’s brilliant cross from the left was knocked down by Etienne Capoue to Boulaye Dia who made no mistake. Villarreal had halved the deficit within three minutes.

Liverpool were clearly rocked as they could hardly have a controlled spell of possession. Villarreal were moving forward at every opportunity. Giovani Lo Celso was bundled over by Alisson inside the box but the referee was unmoved. However, the second goal did eventually arrive. Capoue got the better of Andy Robertson down the left and dug out a perfect cross which was met by a soaring Francis Coquelin. 2-0 and the tie was back to square one. Liverpool had to come up with answers after halftime as Villarreal looked in an unrelenting mood.

Unsurprisingly, it was Liverpool who started the second half on the front foot. They were pressing and hurrying Villarreal. Luiz Diaz’s introduction had sparked their offense. Trent Alexander-Arnold’s shot took a huge deflection off of Coquelin to hit the top of the crossbar. The domination finally paid off just past the hour mark. Mo Salah toe poked the ball past Capoue into the path of Fabinho. The midfielder strode into the box before hitting a low shot that went through Geronimo Rulli’s legs at his near post.

62' – Salah picks out the run of Fabinho, who sees his driven low shot go under Rulli at the near post. Get in!

One brought two in quick succession as Diaz headed home Alexander-Arnold’s left footed cross. Two became three with Rulli at fault again. The keeper came rushing out to intercept a ball forward but was robbed of it by Sadio Mane. The Senegalese strolled into the box before stroking it into the empty goal.

Villarreal were really deflated at this point, and players were losing their composure. Capoue was sent off for clobbering into Curtis Jones and picking up his second yellow card. Liverpool had their chances to score more but it did not happen. Nevertheless, three was enough as they won 5-2 on aggregate.

It was always going to be one hell of a challenge. But credit to Villarreal for putting up the bravest of fights. They were a goal up within three minutes and ran Liverpool ragged all of the first half. Coquelin’s goal had put them in dreamland but it all changed after halftime. Unai Emery must have told his players to play a bit more cautiously and that was their downfall.

Etienne Capoue at home in the #UCL this season:

Villarreal never got going with Liverpool reverting back to their first leg form. That was always going to be dangerous for the home side whose resistance was finally broken by Fabinho. Two more goals arrived as Liverpool put them to the sword ruthlessly. Villarreal had done all they could but the task was just too great at the end.

Loaded Liverpool get it done eventually

It was not a vintage Liverpool performance by no means. But like so many times this season, they just get the job done. The opening half was a disaster as they completely negated their sizeable advantage. However, the second half was a completely different affair. Luis Diaz was a literal spark of energy who jolted the attack alive.

🌍 Top African scorers in the knockout stages (UCL era only):

Fabinho opened the scoring, with Rulli being a little suspect. Once the defence was breached, there was never any doubt. Diaz and Mane added two more for insurance as Jurgen Klopp was off to his third Champions League final in five years.

Liverpool will face one of Manchester City or Real Madrid in the final. The Reds are still in the quadruple conversation and it is certainly not out of reach. However, they also know that any little slip up like the first half tonight will be fatal.