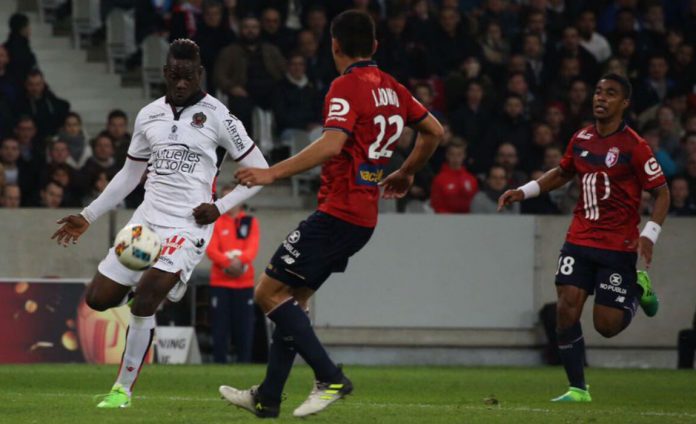 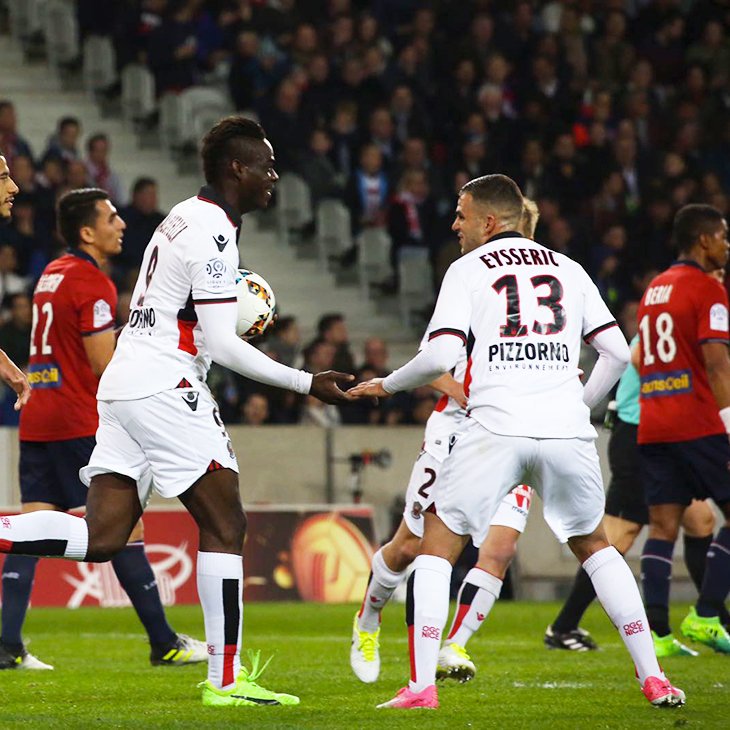 Lille went up on Ibrahim Amadou’s deflected shot in the 14th minute before Balotelli nailed his first goal away from home and finished a brace before the interval.

Nice have remained unbeaten in nine games since their 3-0 loss to Monaco early February and were still on the run for their first league championship crown since 1959. 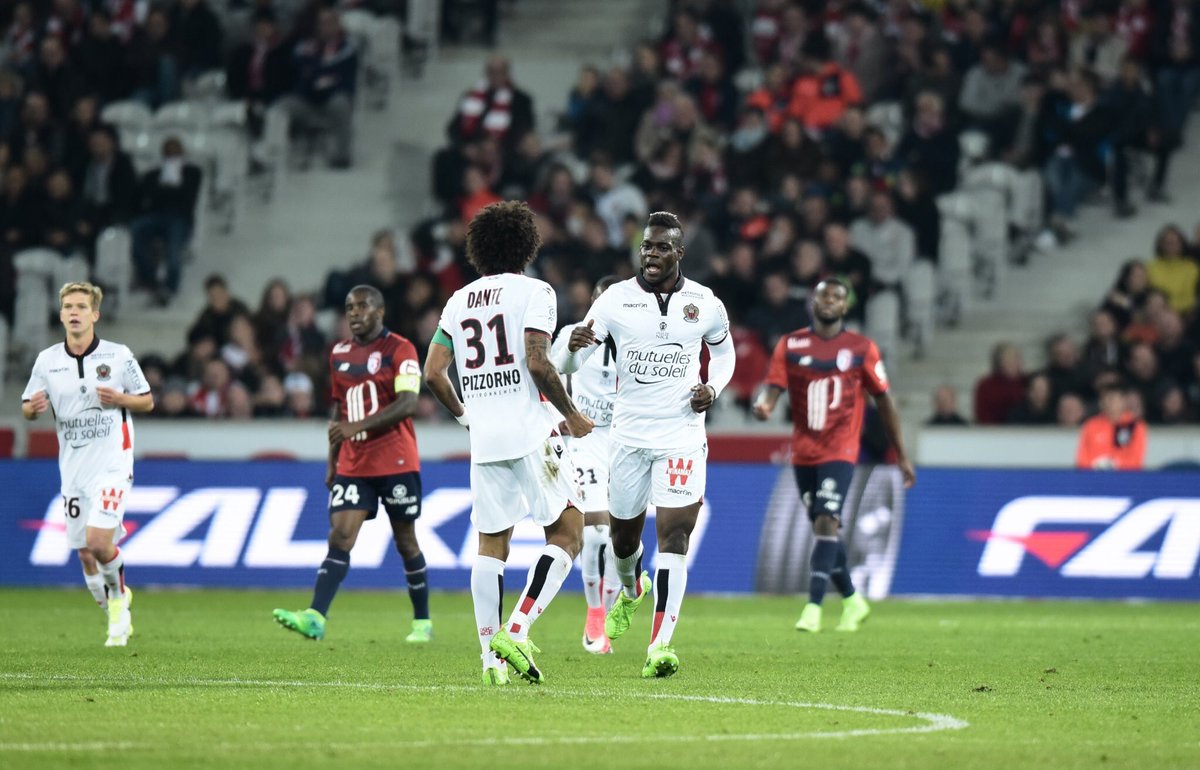 Amadou found his shot outside the penalty area deflected off Ricardo Pereira into the net.

However, Nice took just three minutes to level the score, when Balotelli had a superb volley on Valentin Eysseric’s pass. The Italian continued his hot momentum of the night with another goal late in the first half, when he followed in to finish after Pereira’s shot was blocked by Lille goalkeeper Vincent Enyeama.

On Saturday, Monaco could tighten their grip again with a road victory over in-form Angers. PSG could get back their second place if they triumph in the home match against Guingamp, who made into French Cup last four, on Sunday.⁠⁠⁠⁠