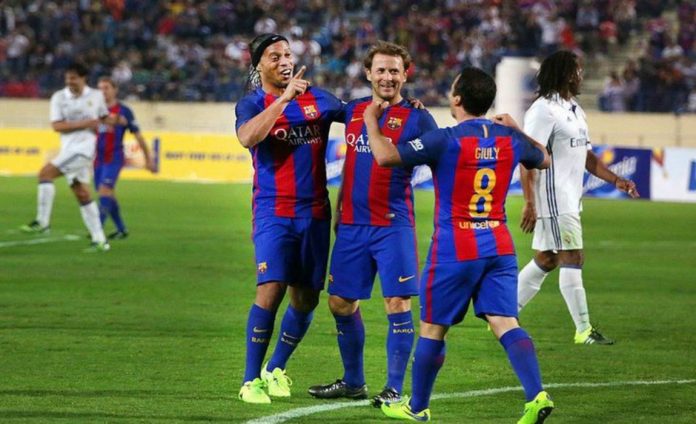 With just three weekends left in the season Real Madrid and FC Barcelona continued their battle for the La Liga title in the 35th round of matches this weekend.

Real Madrid, who have a game in hand over Barcelona, had the first roll of the dice as they defeated Valencia 2-1 in the Santiago Bernabeu Stadium on Saturday afternoon. 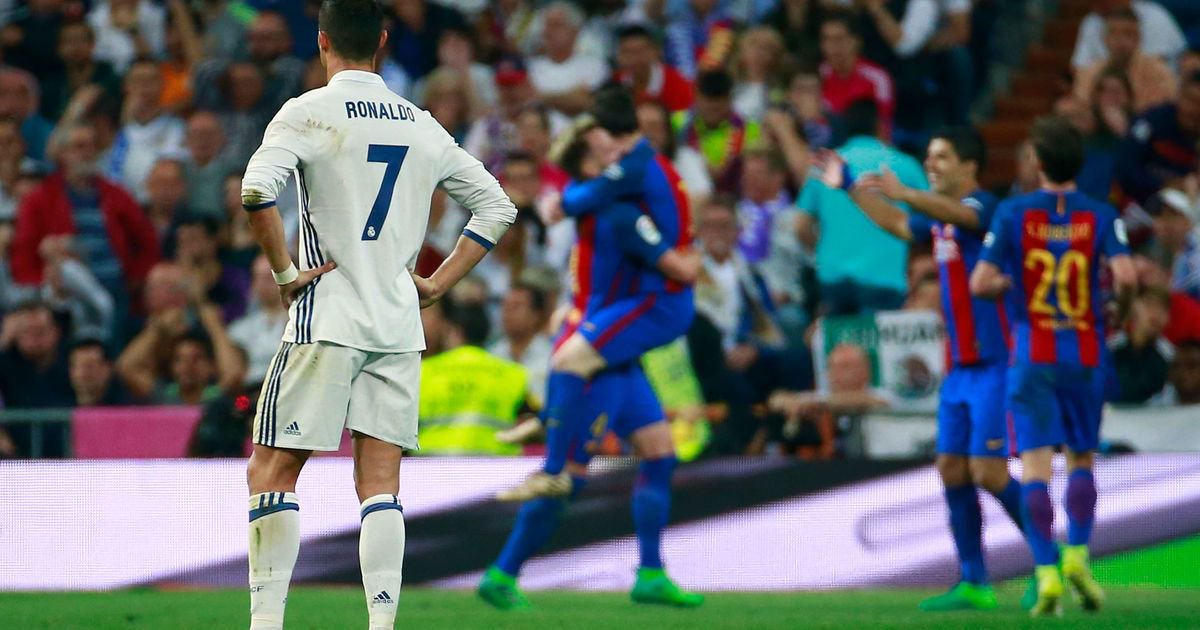 Despite playing his strongest available 11 players, with perhaps the exception of James Rodriguez, Madrid coach Zinedine Zidane saw his side struggle and suffer a late scare against a side with nothing but pride at stake.

Cristiano Ronaldo put Madrid ahead with a 27th minute header, but after he saw a second half penalty saved by Diego Alves, Madrid sat back and were punished when Dani Parejo netted a free kick with just eight minutes remaining.

Parity lasted just 4 minutes, however, before Marcelo’s right foot drive gave Madrid three vital points and passed the pressure to Barcelona, who had a tough visit to local rivals Espanyol.

Barca had to withstand a difficult first half before Luis Suarez got onto a loose backpass, putting them ahead in the 50th minute to open the scoring account. 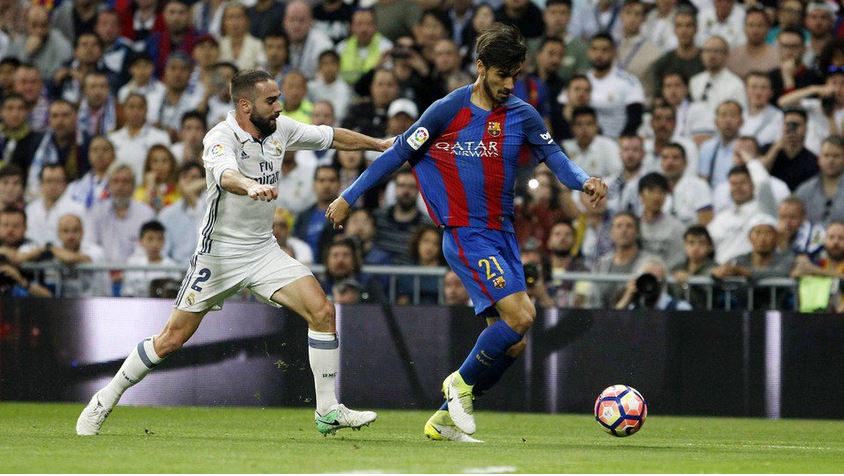 Ivan Rakitic then doubled Barca’s lead after great work from Leo Messi in the 76th minute and Suarez’s scored his second of the game in the 87th minute to see his side dodge what had looked like a potential banana skin on the road to the title.

Atletico Madrid strengthened their position in their head-to head with Sevilla for third place as they breezed past Las Palmas 5-0 away from home.

Atletico, who face Real Madrid in the Champions League on Tuesday, had a perfect start as two Kevin Gameiro goals and a powerful header from Saul Niguez put them 3-0 up after just 18 minutes.

After Prince Boeteng was sent off on the hour, things got worse for Las Palmas, and Atletico rounded the scoring with Thomas Partey and Fernando Torres.

Mikel Rico scored the third goal for the Basques who produced one of their best displays of the season.

Real Sociedad remain seventh after defeating Granada 2-1 with goals from Carlos Vela and Juanmi — a result which condemns Granada to relegation to the second division alongside Osasuna. 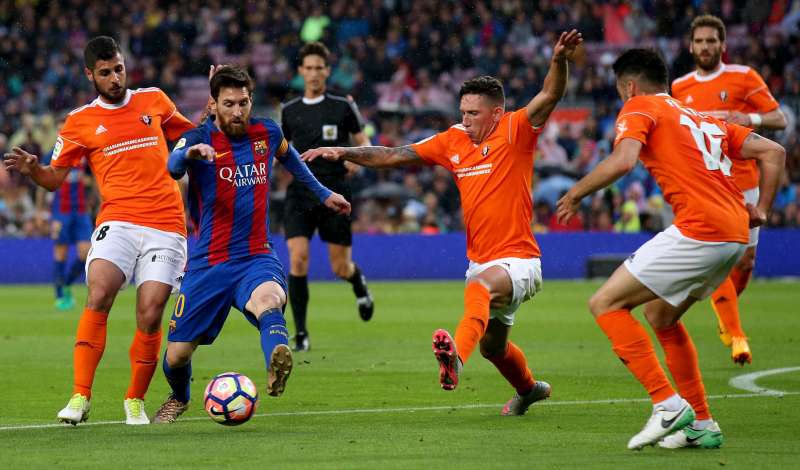 Those two sides are likely to be joined by Sporting Gijon, who were beaten 3-1 by fifth placed Villarreal on Friday, although Deportivo la Courna still have work to do despite two goals from Guilherme, which gave them a 2-2 draw away to already relegated Osasuna.

Leganes also remain in danger after they lost 2-0 away to Eibar thanks to second half goals from strikers Kike and Sergi Enrich.

Finally in a game with little except pride at stake, Alaves came back from a goal down at halftime to inflict a painful 4-1 defeat away to Betis to further complicate the future of Betis coach Victor Sanchez.