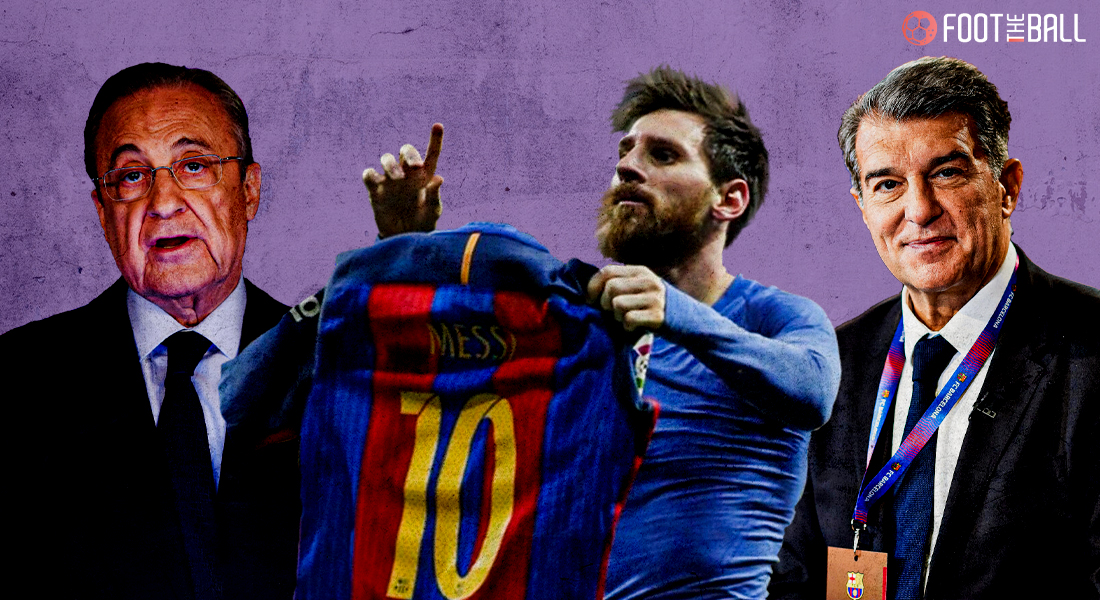 FC Barcelona rose above their rivals and reigning La Liga Champions Real Madrid to top the Forbes’ Most Valuable Football Clubs of The World List. Valued at $4.76 billion, Barcelona nudges out Real Madrid, who are valued at $4.75 billion.

❝FC Barcelona tops the @Forbes list of the world’s 20 most valuable soccer teams for the first time.❞https://t.co/b9qz9qG6bl

La Blaugrana top the list for the first time in their history and it is the first time that any other club other than Real Madrid or Manchester United have topped the list in 16 years.

This top spot comes as surprise as the club, which had a change of presidency recently, is currently riddled in a huge debt which is reported to be over $1.2 billion and their public spat with their long-standing talisman Lionel Messi, who threatened to leave the club and finally settled to stay put at the club until the end of season.

And the valuation figure might go down by the time the next list comes out from Forbes as Juan Laporta is looking at reducing the club’s debt primarily and in order to do that, he may have sanction deals that can bring in money into the club and stabilize the finances.

Barcelona are doing something similar as Laporta has revived the hope that La Masia had always offered by allowing Koeman to hand debuts to future stars such as Pedri , Mingueza and Moriba, who will surely be handed new deals come the end of the season. They are also likely to fetch a decent amount in the transfer market too. As Barcelona’s stock rises surely these players will become even more valuable.

WHAT CAN BARCELONA DO IN THE FUTURE?

The club’s ambitious infrastructural Espai Barça project plays an important part in Barcelona’s economic position and the project, which is estimated to cost around $1.5 billion may help the club sustain their finances in the long-term future. Barcelona are expected to make annual repayments from the 2024/25 season, by which time they hope to finish construction.

What the Espai Barca project could transpire into. (Image Courtesy: FC Barcelona / Website)

If all goes to plan, the long-term rewards are clear and there to seen for the football enthusiasts. And Laporta is confident that once the club begins its loan repayments, there will be a steady increase in revenue over the coming years. And this will majorly help in clearing the debts of the clubs and also increase their whole valuation of the club in the future.

Barcelona’s main sponsors Nike, Beko and primarily Rakuten, their shirt sponsor, play a huge role in the club’s valuation. The deal with Rakuten, in which Barcelona earns $65 million per year, is the 3rd highest shirt sponsor deal, with Real Madrid-Emirates and Manchester United-Team Viewer being the top 2.

But to become a more attractive proposition and hold their top spot as Forbes most valuable football entity in the world, Barcelona has work to do on the field. It has been nearly six years since Barcelona won the Champions League and they are trailing leaders Atletico Madrid in La Liga this season.

Results like these would not help in anyway and the club know that it is time to step it up.

But who’s gonna win the top spot in the next survey? To know who’s gonna go up and whose stocks are going down in the footballing world, check out, PlatinCasino UK, which also offers a safe way to invest your money.