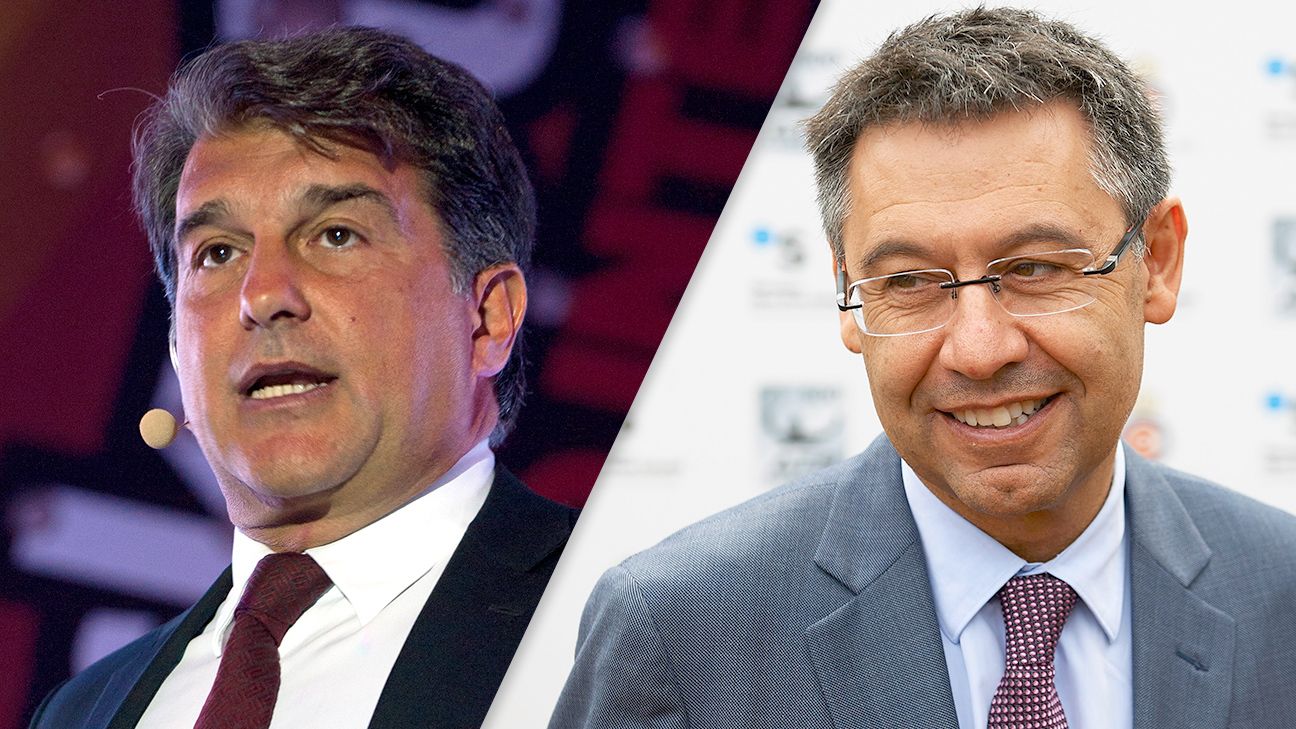 In the coming months, Barcelona are facing two major challenges in their illustrious modern history – the long-awaited presidential elections and the possible departure of Lionel Messi from the club. Intriguingly, however, the two may be closely related to one another.

Joan Laporta, Victor Font and Toni Freixa are all on the final shortlist for the elections but the date for the vote is now up in the air, although Catalunya Radio reported that postal voting may now be considered.

Laporta is the favourite for the post after garnering an impressive 9,625 validated member signatures with Font and Freixa lagging behind on 4,431 and 2,634 respectively.

The provisional date for the elections to be held is 7 March, but that has not yet been confirmed by the club.

With the elections officially getting postponed due to the current COVID-19 situation, it means Barcelona will be leader-less for a couple more months. Of course, they still have an interim president but until the matter is resolved, the club cannot truly move forward into a better future.

Carlos Tusquets is the current interim president of the Blaugrana but elections had been set to be held on 24 January with candidates vying to replace the departed Josep Maria Bartomeu.

The club met with the Catalan Government on Friday morning to discuss the elections amid the current coronavirus pandemic and have decided they cannot go ahead as planned.

“The Government has conveyed to the club that the current epidemiological situation does not make it possible to authorise the movement outside the municipality to members who do not have a polling station in their municipality on January 24, given the high mobility this would entail.

“For its part, the club has stated the impossibility of holding elections on the scheduled date due to mobility restrictions decreed by the Catalan Government in the current context of pandemic, which is why the date of the elections must be delayed.

“In this sense, the club has asked the Catalan Government to evaluate the possibility of modifying the current sports legislation in order to enable voting by post on the new date of the elections, a request that the Government has undertaken to study.”

The three candidates in the race will have a tough task of somehow convincing Messi their sporting project is stable and good enough for him to stay and will have to do it soon. But time is exactly what they need and might not have.

Laporta recently stated, “Delaying the election doesn’t benefit Barcelona. If we want Leo Messi to stay, Barca needs a president and a board right now.

Laporta believes elections are key in ensuring Messi stays at the club. The player wants to do that but chances are he won’t if a clear structure is not put in place as soon as possible.

Six-time Ballon d’Or winner Lionel Messi could miss up to four games after receiving the first red card of his Barcelona career on Sunday. The Argentine was given his marching orders for lashing out at Athletic Bilbao’s Asier Villalibre in extra-time as Ronald Koeman’s side suffered a 2-3 defeat against Bilbao in the Supercopa final.

It was his 753rd appearance for Barcelona and for the first time Messi had been dismissed.

Messi’s action falls under violent conduct, which could ensue at least a four-game ban subject to a review from the Spanish football authorities. So, Messi is likely to miss Barcelona’s Copa del Rey fixture against Cornella followed by La Liga matches against Elche, Athletic Club and Real Betis.

On-pitch frustrations could be the case, because Barcelona led twice during regulation time but failed to hold on to their lead. In fact, Athletic scored their second goal on 90 minutes before netting the winner in extra-time. The defeat saw Barcelona miss out on a trophy. Messi had missed the semi-final against Real Sociedad owing to an injury.

Since the defeat against Athletic, Barcelona fans have been lashing out on the team’s head coach Ronald Koeman on social media for playing Messi for 120 minutes, as according to them, the player didn’t look to be at 100 per cent.

Following the game, it was confirmed that Messi will now miss Barcelona’s next two games. However, his ban could be doubled when the Royal Spanish Football Federation’s competition committee meet to discuss the incident later this week.

“Delaying the election doesn’t benefit Barcelona. If we want Leo Messi to stay, Barca needs a president and a board right now.”

There’s a question whether the ongoing off-the-pitch issues and uncertainties has made the great man feel frustrated.

A pandemic-hit season and the wage-cut that followed irked Messi, but Barcelona’s road to financial recovery appears uncertain. According to a report in the Catalan newspaper La Vanguardia, Barcelona’s debt is approaching €1 billion ($1.2 billion).

With the matches being played behind closed doors, the club is also missing out on €320 million ($386 million) from gate receipts. Barcelona spent 70 % of their revenue in transfers and wages. According to the newspaper, €170 million ($205 million) has now been withheld after the wage reduction.