AGUERO, WIJNALDUM AND GARCIA: ARE BARCELONA PLAYING IT SMART OR DOING WHAT THEY CAN?

‘Shambolic’ – Barcelona’s season summed up in one word. A team full of promises failed to live up to their true potential and once again faltered when it mattered the most.

A Copa Del Rey trophy might have hidden the clouds looming on Barca’s season but a disappointing third finish in La Liga meant the Catalans were looking for a revamp.

With the Catalans owing loads of money to clubs across Europe, expensive shopping in the transfer window seemed nothing short of a dream.

However, before the new season commences, Joan Laporta has added a few weapons to his arsenal. Legendary Argentine striker Sergio Aguero has finally linked-up with his countryman and long-time roommate Lionel Messi. Eric Garcia returned to his boyhood club after winning a few pieces of silverware with Manchester City. And finally the Genie of the Premier League and Liverpool, Gini Wijnaldum will soon be seen donning the Catalan jersey.

Yet major questions remain over each of the arrivals. Do these signings solve the problem at Camp Nou or is it just Laporta’s strategy to just stock up free fish from the market?

THE PROBLEMS WITH THE ARRIVALS.

Does the name Luis Suarez ring any bells in Barcelona fans minds? The 33-year-old poacher was sold to Spanish rivals Atletico because of his age only for him to guide them to the La Liga title.

If Suarez was deemed as too old for Barcelona why is 32-year-old Sergio Aguero considered an important addition to Camp Nou? Aguero might have a fairytale ending to his career when he reunites with Leo Messi but will Aguero play an impactful role for the Spanish giants is the big question?

The injury-stricken striker has just appeared in 12 games this season for Manchester City. Racking up just 4 goals out of which 2 came in his farewell game. Aguero missed the business end of last year in the Premier League owing to a knee injury and this campaign also he was mostly sidelined.

🎥 Sergio Aguero on his knee injury and surgery:

When Aguero was available, young-bloods Gabriel Jesus and Raheem Sterling ate up the veteran’s spot. When Aguero arrives at Barcelona, he’ll be competing with the likes of Griezmann, Ousmane Dembele, and Ansu Fati (once he’s back from injury).

A Premier League legend could very easily become a benchwarmer at Barcelona. With the talismanic striker picking up constant injuries in the Premier League it seems impossible for him to turn into a legend at Camp Nou. Aguero is reaching the twilight of his career and his signing seems to prove that Barcelona is just swooping the free agents available in the market.

The Catalans next invested in Spanish defender Eric Garcia whose return to his boyhood club waws almost inevitable. But with just 6 appearances for Pep Guardiola’s City this season, Eric Garcia is a questionable young prospect.

Barcelona recently invested a lot in Oscar Mingueza and Ronald Araujo. Both centre-backs were given a huge amount of playing time and experience throughout the campaign. And the young Barca centre-back lived up to the expectations by producing some world-class performances. Though Barca’s season was hanging by a thread for most parts of 2020, the revamp at Camp Nou was possible because of a stable defence led by the two.

Eric Garcia’s arrival at Camp Nou might add competition but the Spaniard would rarely get playing time. Just like Aguero, Garcia could turn out to be a LaLiga benchwarmer rather than a Premier League benchwarmer. Garcia’s signing is Laporta’s way of saving pennies and isn’t part of a master plan.

Also, Barcelona is looking to get Emerson Royal back from Real Betis. The question remains why was the Brazilian sold in the first place? If Royal was considered Barca’s future full-back why was he thrown to Real Betis?

Now the Catalans want him back after he has had a thunderous season with Los Verdes Blancos. Again it points out Barcelona are interested in the player’s current form and haven’t prepared a roadmap for the future.

WHAT DO THESE SIGNINGS BRING TO THE TABLE?

Like two sides of the coin, Barcelona’s new additions will surely add some quality to the Spanish clubs. The pick of the signings for the Blaugrana is Gerorginio Wijnaldum.

Though Wijnaldum is also in his thirties his quality on the ball and the pitch has just evolved. With clean touches, swift passing, and a knack for scoring crucial goals he might be the Genie Barcelona need to fulfill their wishes.

With Liverpool’s injury list being as long as a road, Wijnaldum started to become the leader of Klopp’s ship. When Wijnaldum arrives in Spain he could solve two crucial problems for the Catalans.

With Busquets being way past his glory days, Wijnaldum could be the perfect substitute for him after the Miralem Pjanic move failed miserably. Wijnaldum’s presence in defensive-midfield will allow Barcelona’s midfield maestro Frenkie De Jong more space to operate in.

Also, the likes of Griezmann and Dembele have missed opportunities that have come to bite Barcelona in the back. Be it the second-leg against PSG or the important match against Levante, the Catalans lost two trophies because of these draws. And the hot and cold form of the French strikers meant Messi was left alone on the pitch.

But with Aguero and Messi having an Argentine connection they could replicate their 2008 Olympics heroics at Camp Nou. Aguero is a hunter who isn’t afraid to pounce on balls and shoot rockets. Suarez and Aguero are similar in their finishing ability and the Argentine could have the time of his life when he’s back in La Liga.

2 – Sergio Agüero has scored two goals as a substitute for Manchester City for only the second time, the first being his club debut against Swansea City in August 2011. Poetic. pic.twitter.com/XoxEStEetq

Lastly, Eric Garcia could play in place of veteran centre-back Gerrard Pique. Pique’s pace and defensive abilities have reduced miserably and he’s vulnerable against attackers with pace. If the Catalans persist with the 3-5-2 system adapted under Koeman, Garcia could ensure he’s the third centre-back starting the games for Barcelona alongside Mingueza and Araujo.

All in all Laporta’s main strategy is to get players on the roster with the number of funds available. Though Barcelona don’t have a master plan as of now, these signings could boost the squad morale at Camp Nou. If Wijnaldum and Aguero perform well in their destined positions, Barcelona could easily be lifting a few pieces of silverware next season.

They also have to understand collecting free fishes from the market might not always be a wise choice as they don’t guarantee you success. Perhaps more importantly, they need to get rid of the deadwood at the club. And the three players Barca has bought could just increase the headcount at the Blaugranas rather than increasing quality. 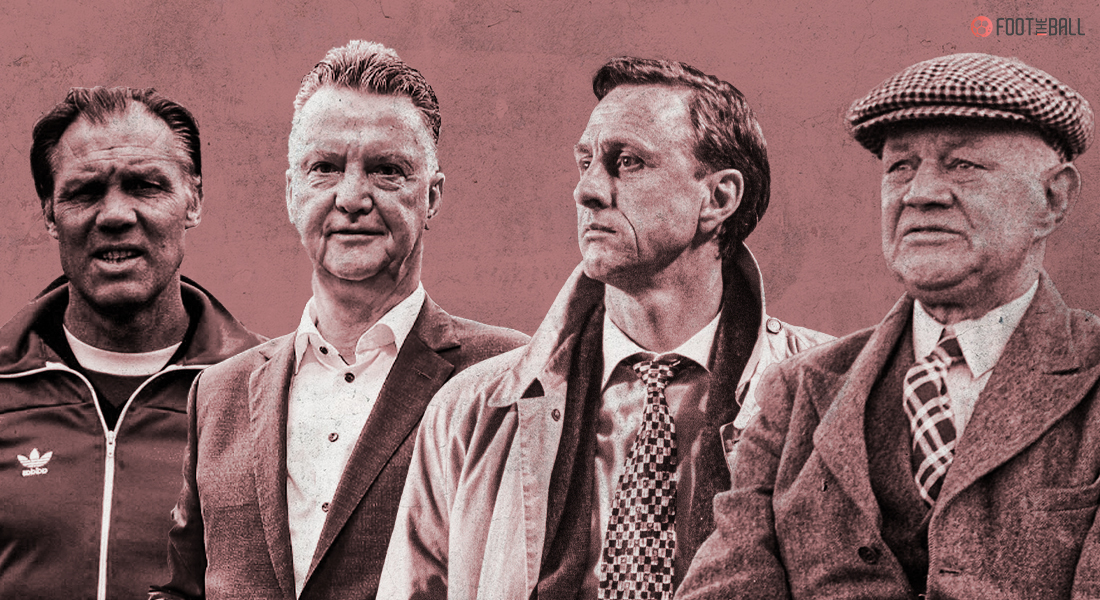