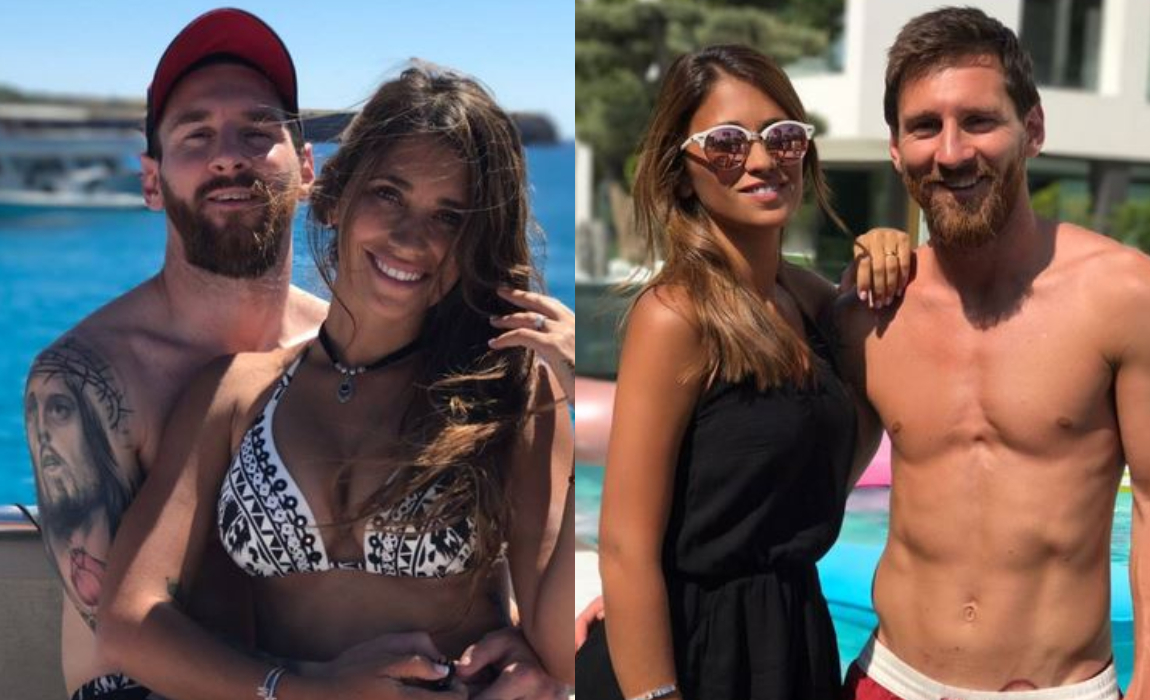 Barcelona superstar Lionel Messi is back in headlines with his recent shirtless picture on social media, where he flaunts his new tattoo which is right above his groin. 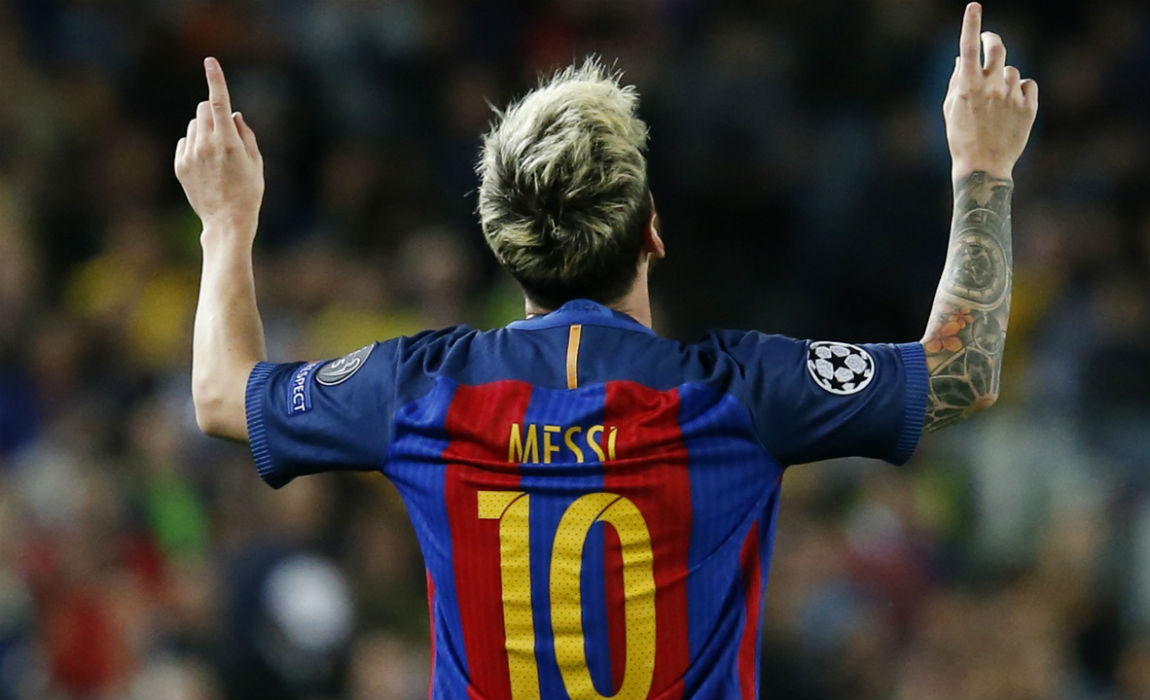 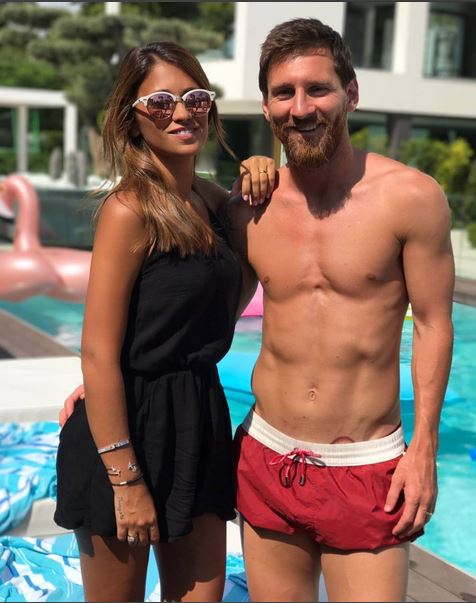 He has bright red lipstick on the ‘Adonis’ belt part of his abdomen, which is the hip area that bodybuilders call. 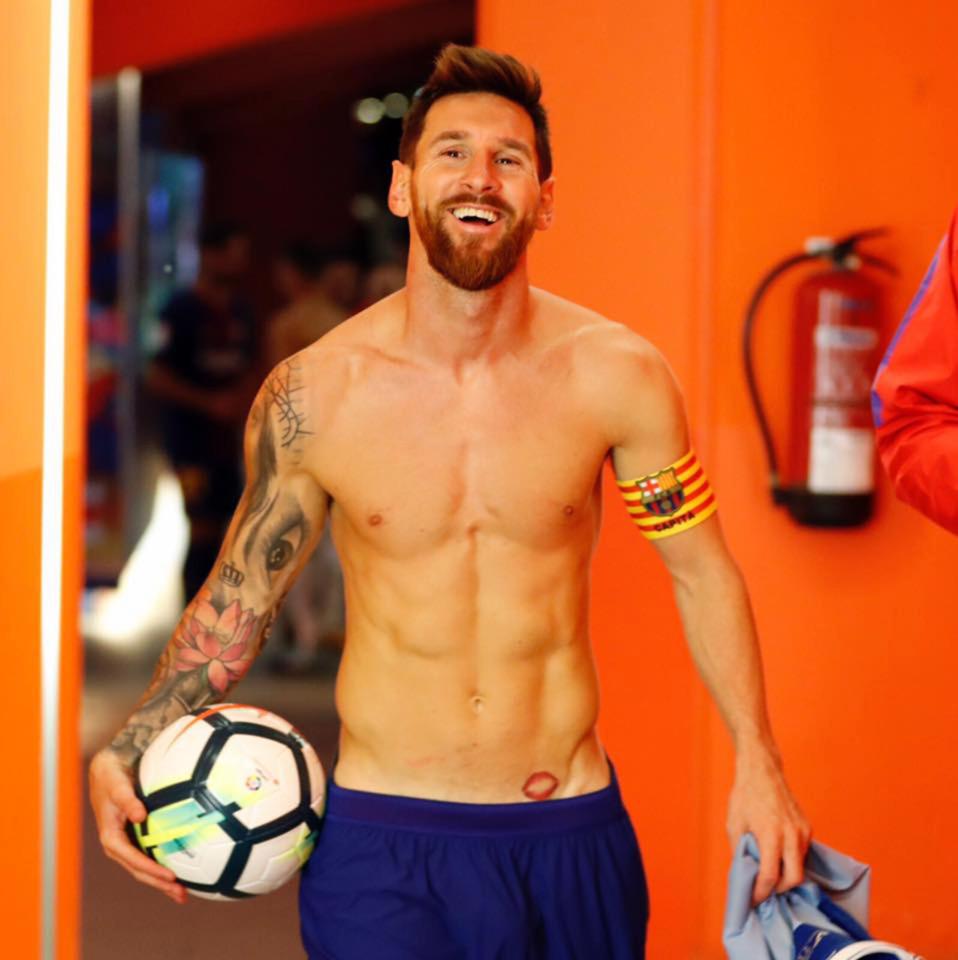 The 30-year-old star has a full sleeve tattoo on his right arm, but this new tattoo has a significant meaning as it’s a tribute to his lady love and childhood sweetheart Antonella Roccuzo. 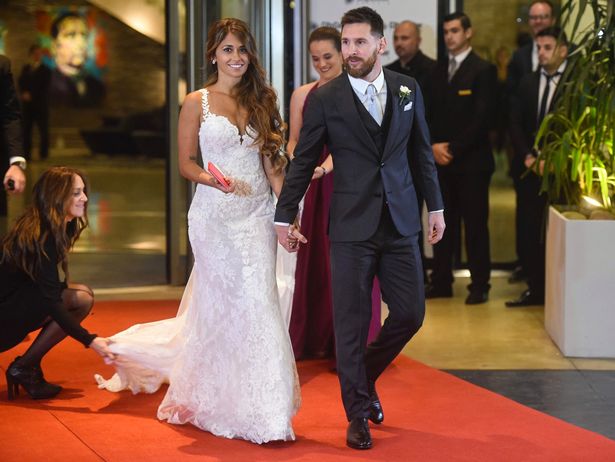 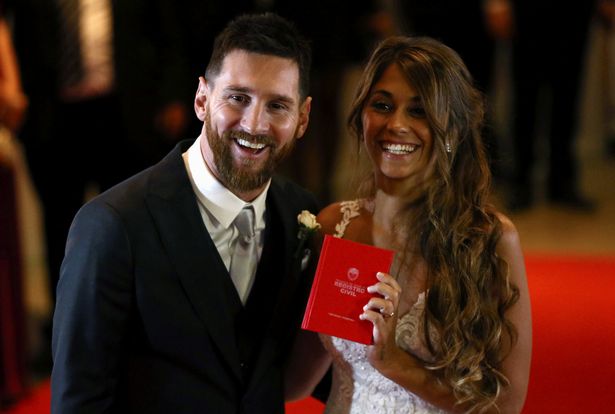 Leo married Antonella this June after dating for more than a decade in Argentina. Their wedding was known as the “wedding of the century” which was attended by big stars including his friends Suarez, Neymar, Pique. 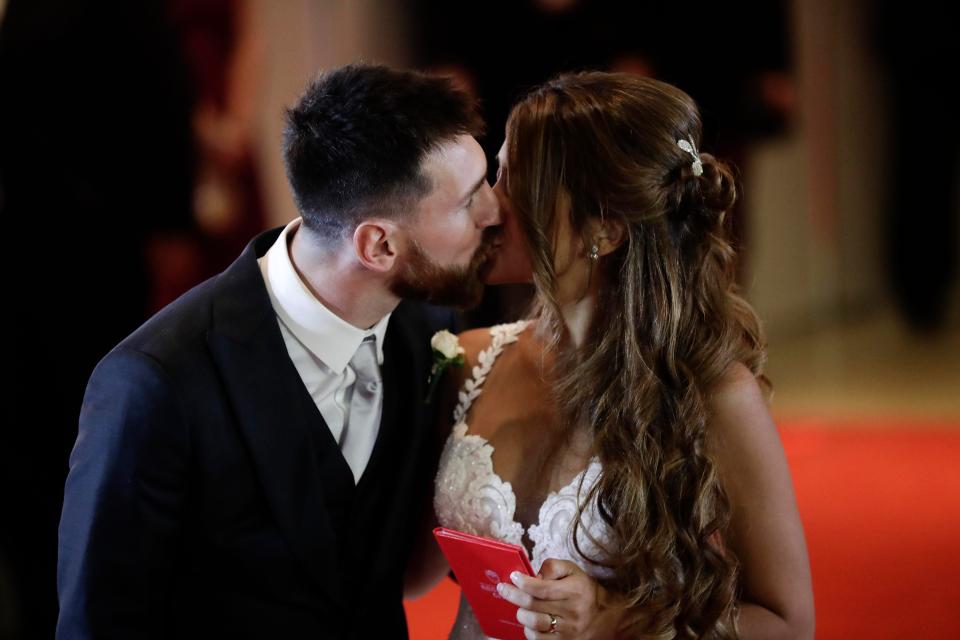 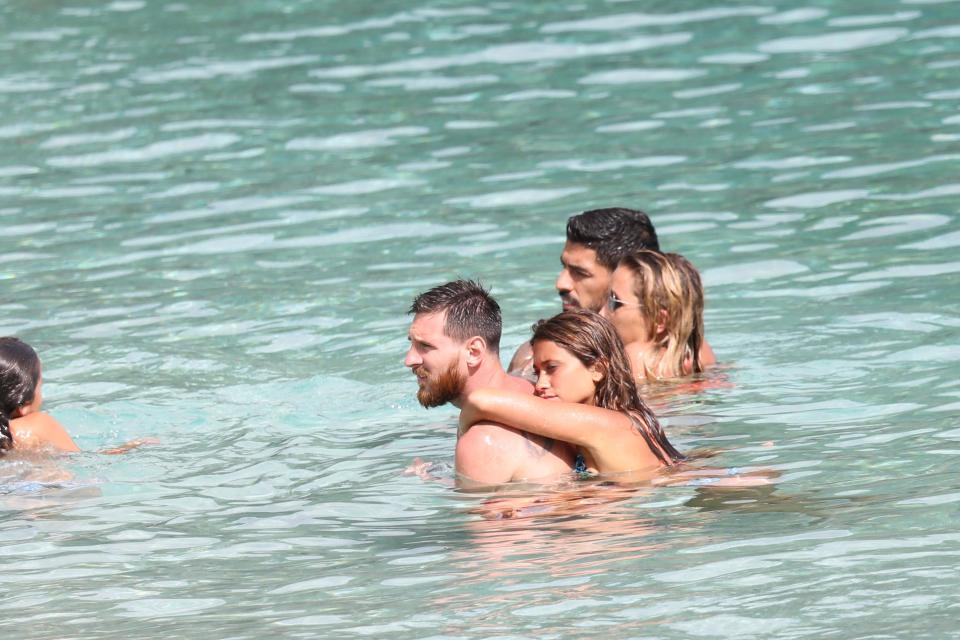 Luis Suarez and his family were spotted sneaking in during their honeymoon in the Caribbean.

According to Spanish newspaper AS, the happy couple is now expecting their third child together, with the gender yet unknown. 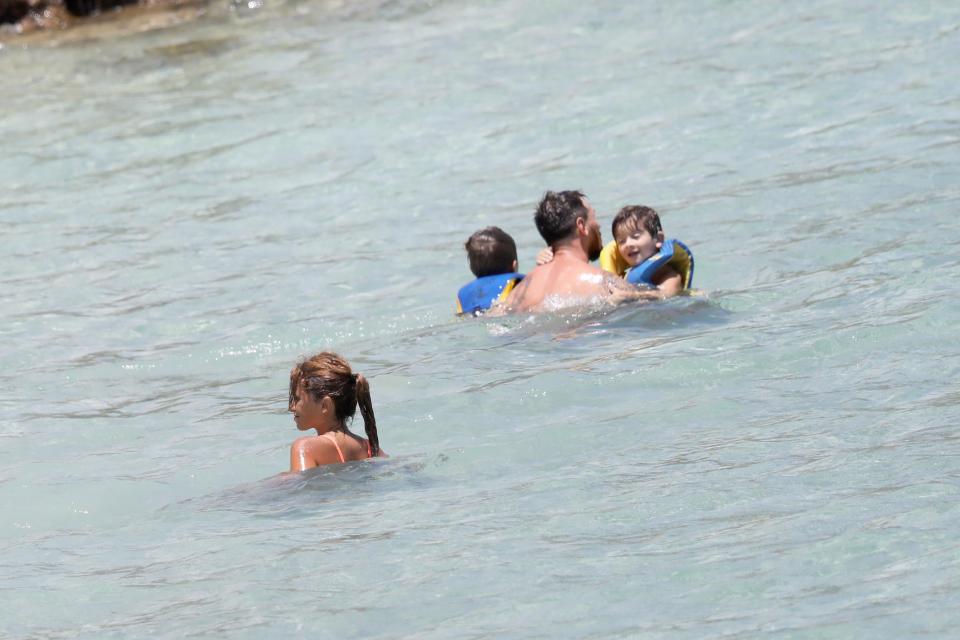 Lionel Messi also helped his two children into the water. 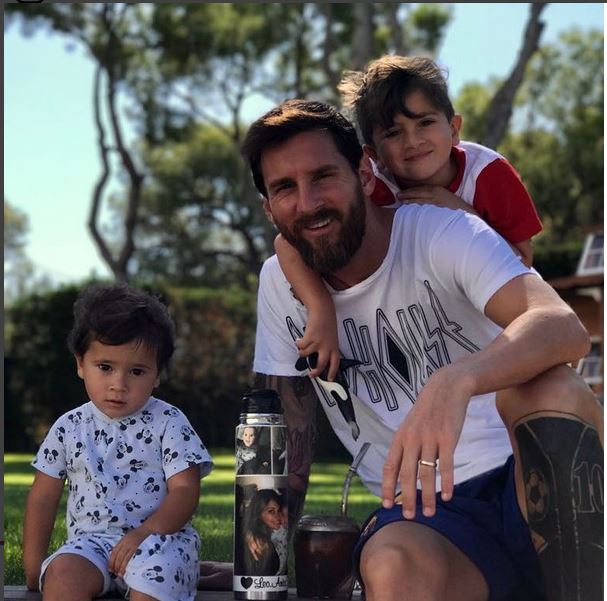 Following their summer wedding in their home town of Rosario, they went on a romantic honeymoon to Antigua and Barbuda to celebrate their big day. 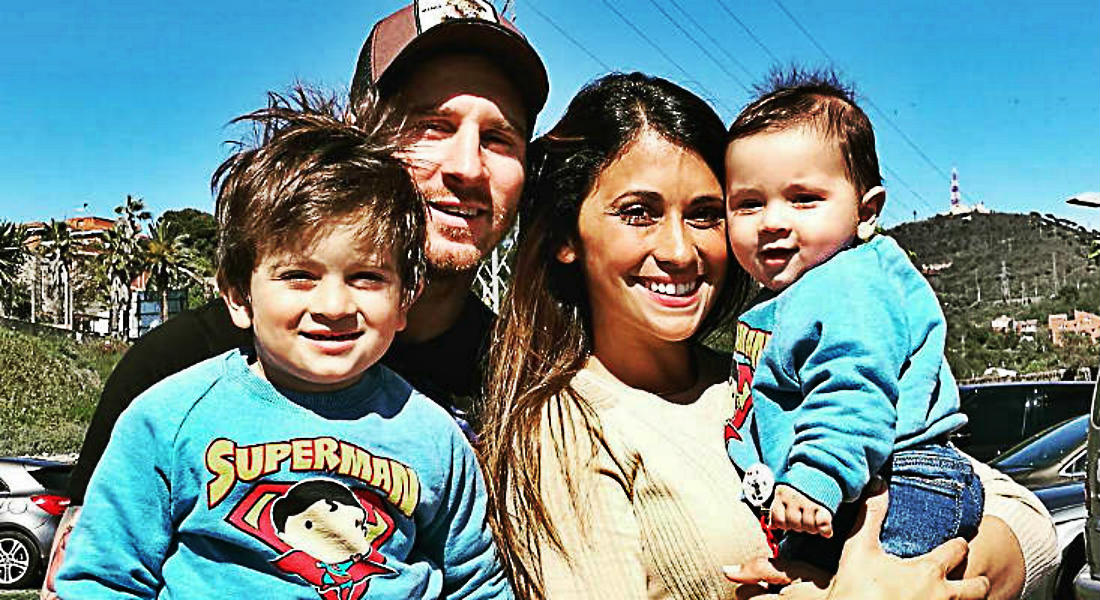 And afterward, they received the news that they would be parents for the third time. 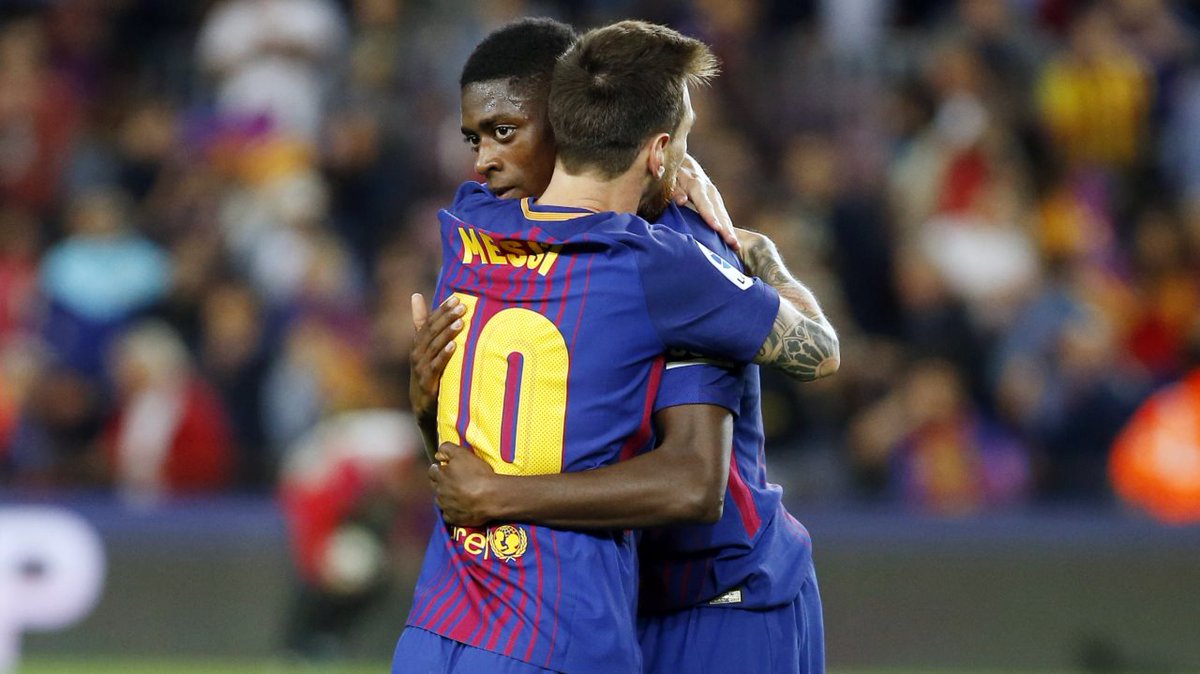 Messi hugged Dembele after winning the first match this season