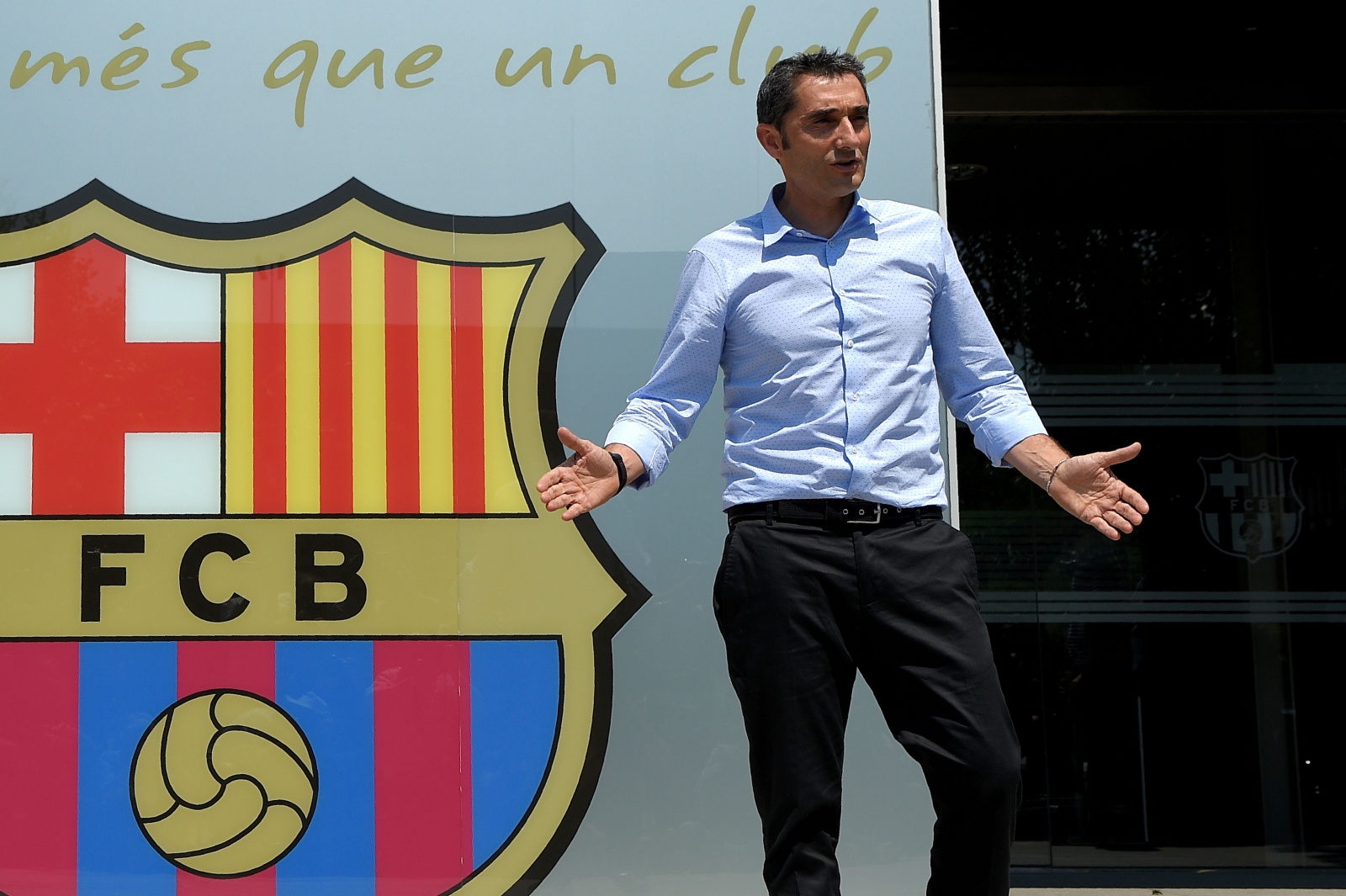 Champions League: Valverde Under Pressure As They Face Stubborn Hotspur

The pressure is on for Barcelona’s coach Ernesto Valverde and his side as they face Tottenham Hotspur in Champions League at Wembley on Wednesday.

Although Wembley has a place in Barca’s folklore after they claimed their first European Cup there in 1992 and defeated Manchester United in the rebuilt stadium to win 2011 final, the trip comes at a bad time with players out of form and Valverde seriously questioned after a poor run of performances and results.

Saturday’s 1-1 draw at home to Athletic Club Bilbao was Barca’s third consecutive Liga Santander without a win and followed a defeat away to bottom of the table Leganes and a 2-2 draw against Girona in the Camp Nou.

Valverde rotated his squad in all three of those games to deal with the busy fixture list with new signings and fringe players so far failing to convince, but it was his decision to leave Leo Messi and Sergio Busquets on the bench at the start of the game against Athletic which really angered fans.

Anyone who saw Messi’s performances in last summer’s World Cup should know that it is simply impossible for the Argentinean to play every game, but the fact is what he is so important to Barca’s cause, leaving him out is a risk for the coach and by doing so Valverde left himself open to criticism.

Messi will be back in the side in London as Barca look for a result which would give them six points from their opening two group games.

Busquets will also start alongside Ivan Rakitic and Philippe Coutinho in midfield, while Valverde may have to decide whether or not he continues with Ousmane Dembele in attack or decides to play and extra midfielder, such as Arturo Vidal.

Samuel Umtiti and Sergi Roberto are both out injured, so Clement Lenglet and Nelson Semedo will partner Gerard Pique and Jordi Alba in defense.

Tottenham cannot afford to lose after conceding late goals away to Inter Milan in their first group game and will be without England midfielder Dele Ali.

However, Harry Kane looks to be returning to top form and he and Cristian Erikson, often cited as a possible Barca target, will be two of the players Barca need to beware of on what promised to be an epic night in a legendary stadium.