Champions League: Pep Guardiola Is All Praises For Nagelsmann 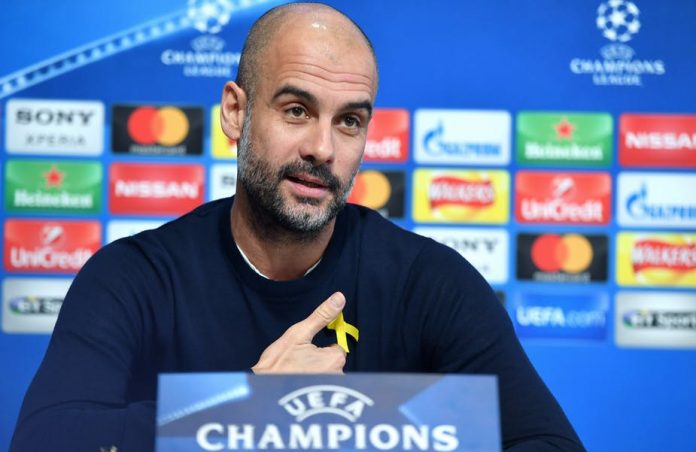 Pep Guardiola is no stranger to upcoming talents. Even after his three-year stint at Bayern Munich, the Manchester City coach, often keeps a close eye on the German coaching scene.

Guardiola, 47, may be polite but whenever he utters praise about others in the business, the 2018 Premier League winner means every word he says. It is obvious he is a big admirer of Nagelsmann.

Before the Manchester City coach started talking about the “new kid on the block”, a smile appeared on his face.

“Julian Nagelsmann has all that is needed to coach a club in the Spanish Primera Division,” he commented adding, “He and Thomas Tuchel think like Spaniards when it comes to their coaching approach and their style of football.”

The comments of both, Guardiola and Nagelsmann, are mutual. The Bavarian-born Hoffenheim coach calls his Spanish opponent a “role model” and his work as something worth copying in many respects.

“His fundamental ideas include addressing basic laws of modern football,” Nagelsmann emphasized. But the Hoffenheim coach, who has already agreed a three-year contract with Leipzig from the 2019/2020 season on, is smart enough to pay full attention the upcoming game with Manchester City.

It is not always an advantage to know all about Guardiola he told German media as “Pep is a coach who does many different and surprising things, and it is hard to guess what he will do next.”

Nagelsmann is convinced facing Guardiola means having to contend with a coach “who does most things better than everybody else.”

Nagelsmann and Hoffenheim remain the underdogs in the Champions League group F game. But the man who rejected a recent offer of Spanish giant Real Madrid still feels his team is in with a good chance of causing an upset in the club’s arena in Sinsheim near Heidelberg.

The German coach, who is eyed by Bayern Munich as a possible future coach, is aware Hoffenheim will meet one of the leading clubs in international football and entering a new, so far unknown, territory. But at the same time, he sees a chance to surprise those who expect him to get a lesson.

The situations at Hoffenheim and Manchester City couldn’t be more different as the total value of Guardiola’s squad is estimated at over a one billion euro. Hoffenheim’s squad on the other hand is worth a little over 200 million euro. But Guardiola is well advised to take the task seriously.

Manchester City does not only have to make up for the surprising defeat at home against Olympic Lyon. The team is in danger to gambling away its chance of proceeding to the knock-out stage if it loses its second game.

The Premier League club’s critical situation is something Hoffenheim can take advantage. A creative coach like Nagelsmann, pundits assume, will build his strategy on these circumstances. Hoffenheim will wait-and-see what City throw at them and then go on the counter attack.

Though admiring Nagelsmann, Guardiola is aware of his opponent’s ambitions. Hoffenheim’s coach makes no secret that he feels he can achieve great things in football.

Guardiola sat up and paid attention when Nagelsmann, in advance of the 2018/2019 Champions League campaign, announced his side’s goal was to reach the knock-out stage despite having to face such challenging opponent like Manchester City.