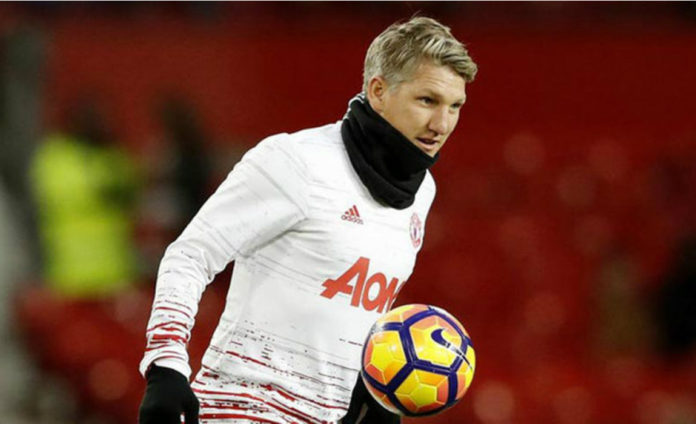 Speaking after his team’s 2-0 defeat to Flamengo in Brazil’s Serie A championship on Sunday, Dorival said he requested the club pursue the World Cup winner during a meeting with the Santos board.

“I told them [the board] that we should try to get a big name in world football, or at least send an invitation,” Dorival told reporters at the Maracana stadium. “It was just a recommendation. It would be like Botafogo’s signing of Clarence Seedorf [in 2012]. It won’t hurt us to try.”

Bastian Schweinsteiger, 32, has fallen out of favor at Manchester United since the arrival of Jose Mourinho as manager in July.

Media reports have indicated the former Bayern Munich star could leave Old Trafford during the next European transfer window in January.

“We didn’t only speak about Schweinsteiger but other players too,” Dorival said. “A player like that can obviously lift the level of the team, but he has to come with an objective and an appetite.”

Some of the biggest names in Brazilian football have represented Santos, though the club has never signed a foreign player of Schweinsteiger’s standing.