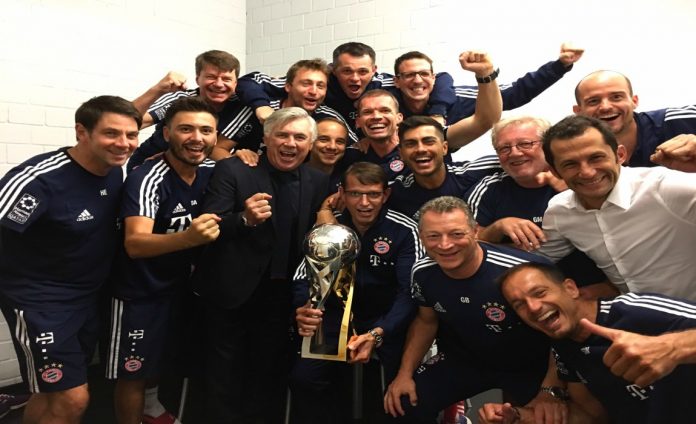 Dortmund squandered their one-goal lead twice and allowed Bayern Munich to turn the tides in the penalty shootout as Bayern goalkeeper Sven Ulreich denied Sebastian Rode and Marc Bartra to smooth the way for the win.

Hosts Dortmund ensured a bright start into the clash as Javi Martinez’ turnover invited Christian Pulisic to break the deadlock from close range in the 12th minute.

Dortmund gained momentum but the “Bavarians” were able to respond out of the blue when Robert Lewandowski tapped home Joshua Kimmich’s square pass six minutes later to restore parity.

As the match progressed, Bayern increased the pressure as Thomas Mueller worked out two promising chances. The German international tested Dortmund goalie Buerki with a volley before he rattled the outside of the post with a header moments later.

The hosts paid the price for their fast-paced opening period yet Bayern failed to grab the lead although summer signing Corentin Tolisso came very close with a header before the break.
After the restart, Dortmund came out aggressive and took the reins to press the visitors from Bavaria into the defence.

However, the “BVB” had to wait until the 71st minute to surge ahead again as Pierre-Emerick Aubameyang chipped the ball over onrushing custodian Ulreich to complete a counter attack, which started at Dortmund’ s goal area. 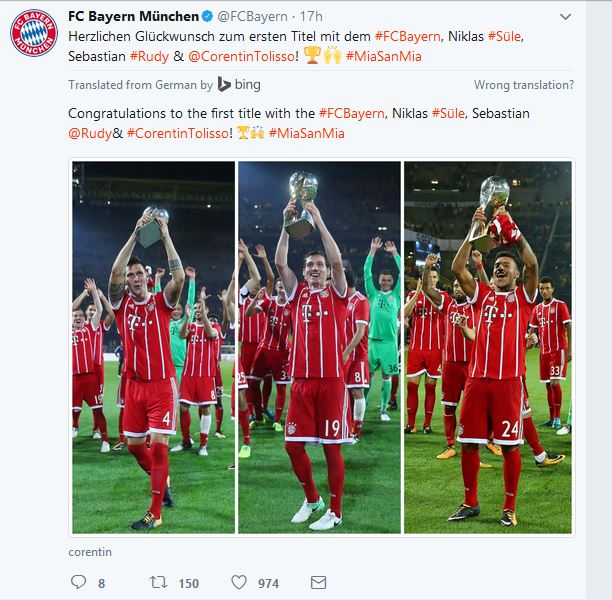 It looked like Dortmund would clinch a neat 2-1 win on home turf but Bayern had an ace in the hole and flabbergasted the hosts with a two-all draw equalizer through Kimmich, who poked home from close range to force a penalty shootout in the 88th minute.

Peter Bosz’ men had good chances to win the penalty shootout as Kimmich’s effort got defused by Buerki. Nevertheless, it were the visitors who sealed the deal against the run of the game as Sebastian Rode and Marc Bartra missed their penalties to ensure Bayern’s victory in the Supercup 2017.

The Supercup is a one-off encounter and the first competitive game of the new season, which features the Bundesliga champions and the German Cup winners of the last season.