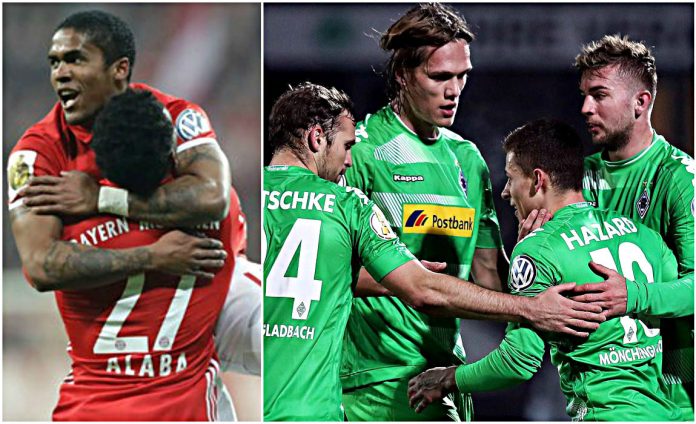 Douglas Costa’s goal helped Bayern Munich edge Wolfsburg 1-0, while Borussia Monchengladbach cruised 2-0 past second-division side Greuther Fuerth in the last 16 of the German Cup on Tuesday. 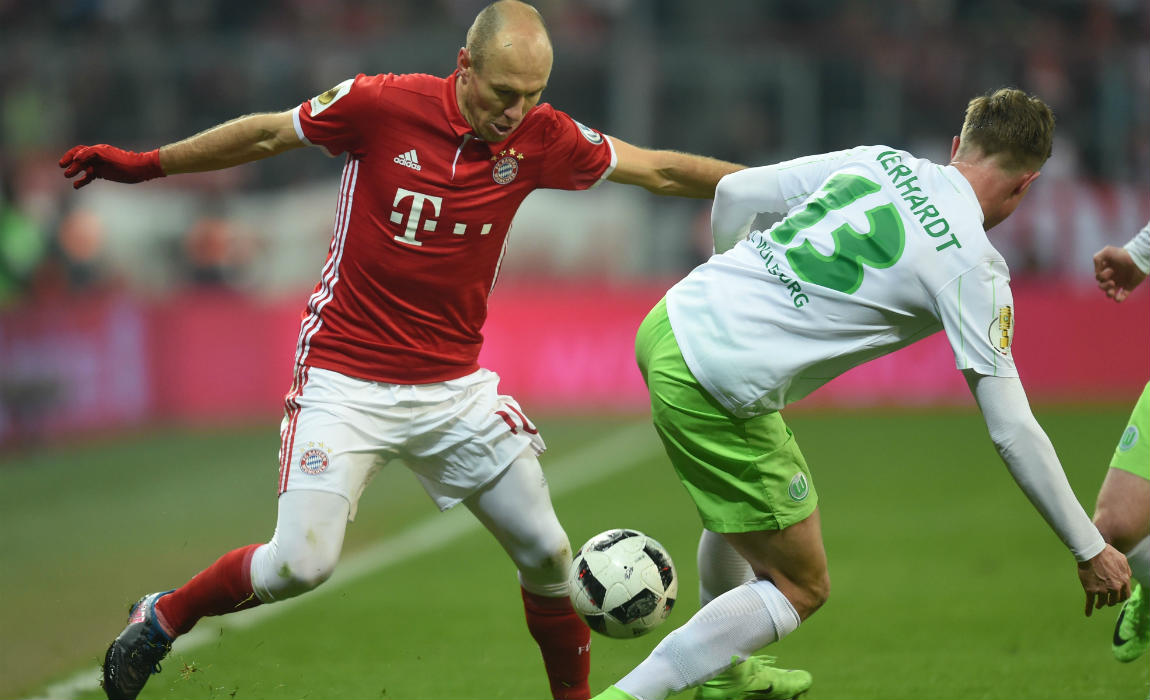 The Bavarians took the reins from the kickoff and created the first chance of the game with nine minutes played as Arjen Robben tested Wolfsburg goalkeeper Koen Casteels with a volley.

Carlo Ancelotti’s men pressed the Wolves into the defence, with Bayern Munich’s efforts paying off in the 17th minute when Douglas Costa unleashed a deflected shot on target to beat Casteels into the bottom left corner.

The hosts almost doubled the lead before the break, but Mats Hummels headed just wide of the target from a promising position in the 36th minute. 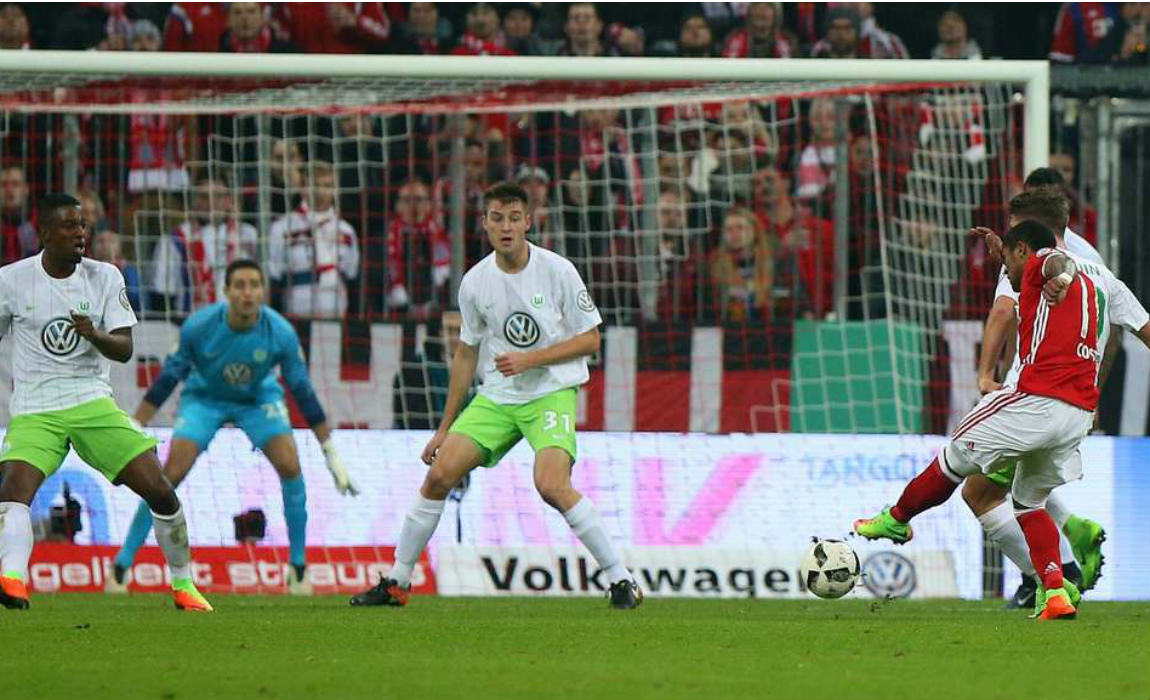 After the restart, Bayern remained in control of the proceedings but neither Costa nor David Alaba was able to overcome Wolfsburg keeper Casteels for the two-goal lead.

Bayern Munich retracted, but the Wolves were lacking in accuracy in the closing period as Daniel Didavi pulled wide, allowing the titleholders to protect their narrow lead to the end. 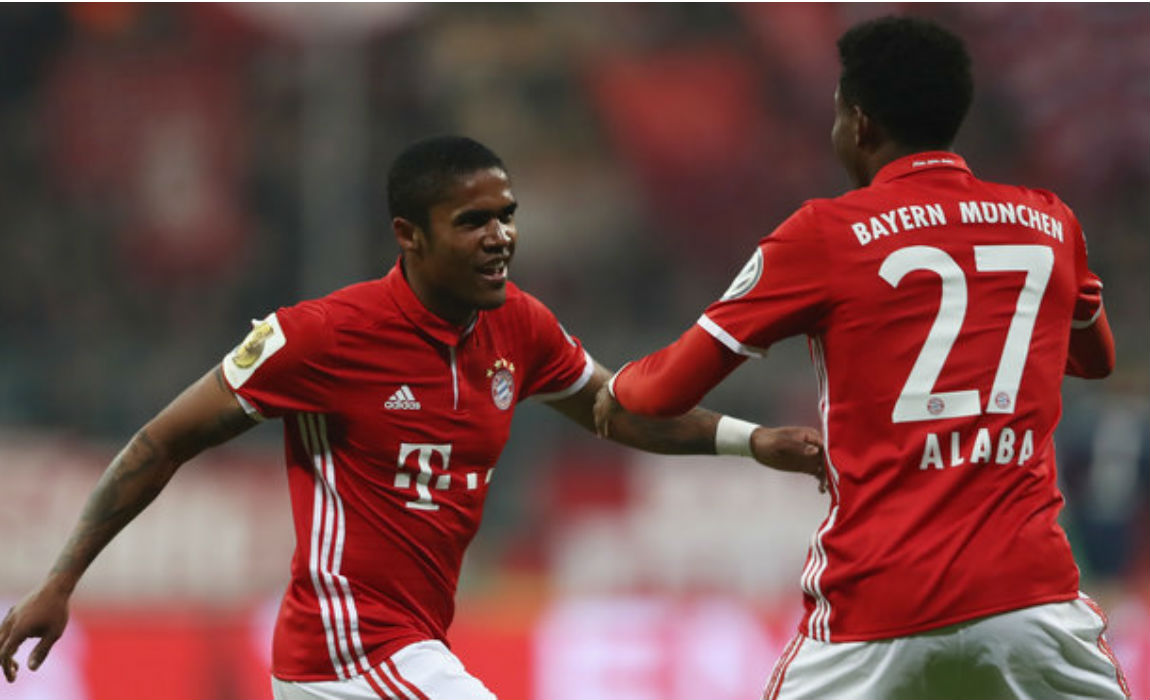 Monchengladbach follow the German giants into the quarterfinals as the Foals secured a 2-0 victory over ten-men Greuther Fuerth.

Dieter Hecking’s men ensured a bright start on the road as Oscar Wendt slotted home the opener from a sharp angle in the 12th minute. 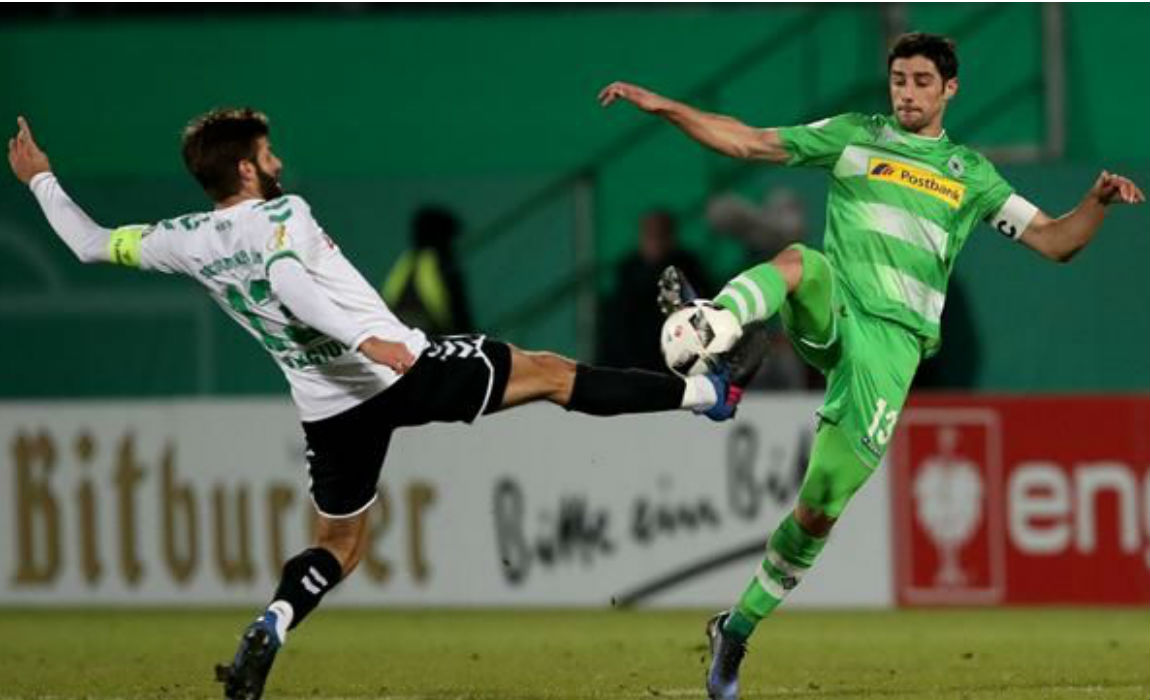 Things went from bad to worse for the hosts as Niko Giesselmann brought down Thorgan Hazard inside the box to cause a foul-play penalty. The Belgian international stepped up and converted the penalty to double the lead, making the game safe in the 36th minute. 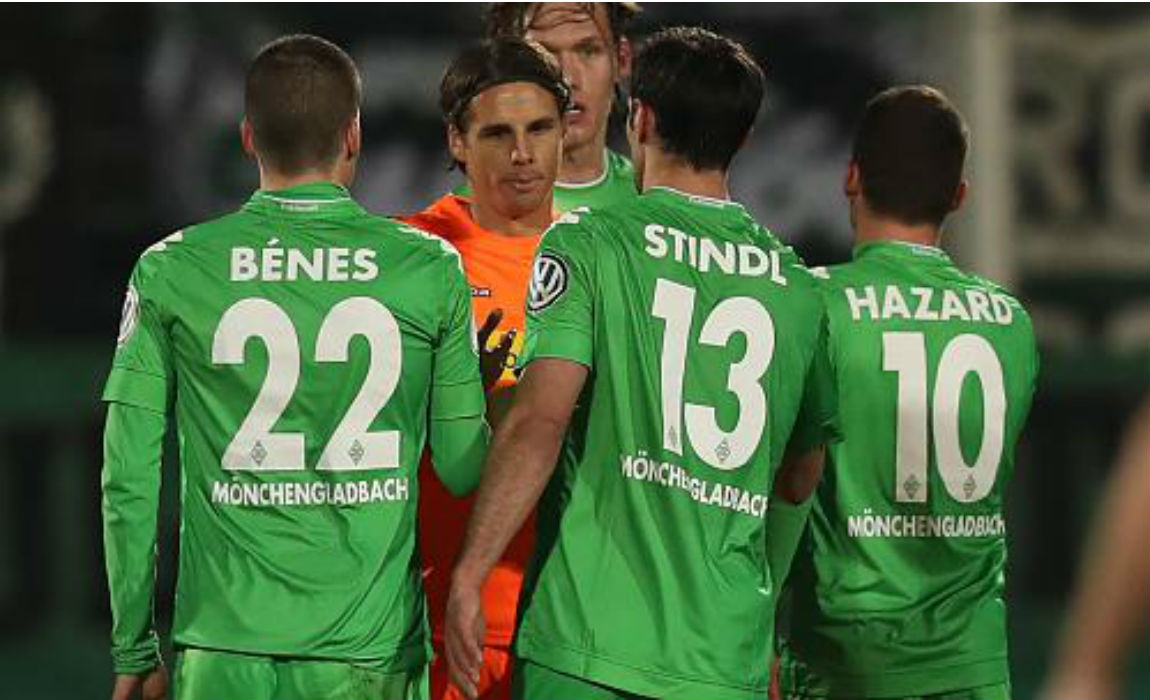 Elsewhere, Hamburg booked their berth for the next round as goals from Gideon Jung and Bobby Wood smoothed the 2-0 victory over Cologne, and second-division club Arminia Bielefeld overcame lower league side Astoria Walldorf 5-4 on penalties.