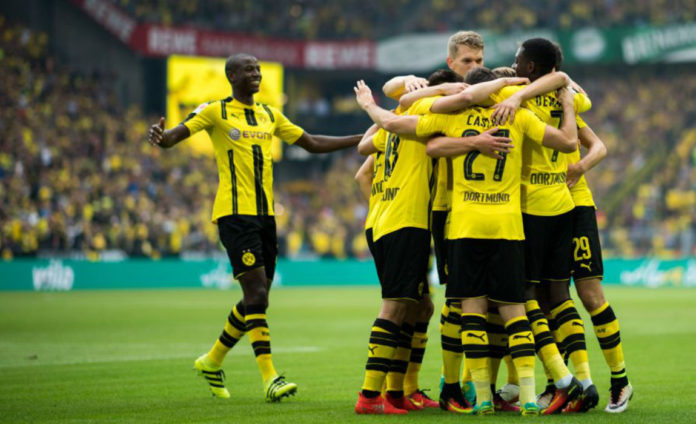 Bayern Munich bounced back to beat resilient Ingolstadt 3-1 and Dortmund crushed Darmstadt 6-0 thanks to Gonzalo Castro’s brace at the third round in Bundesliga on Saturday. 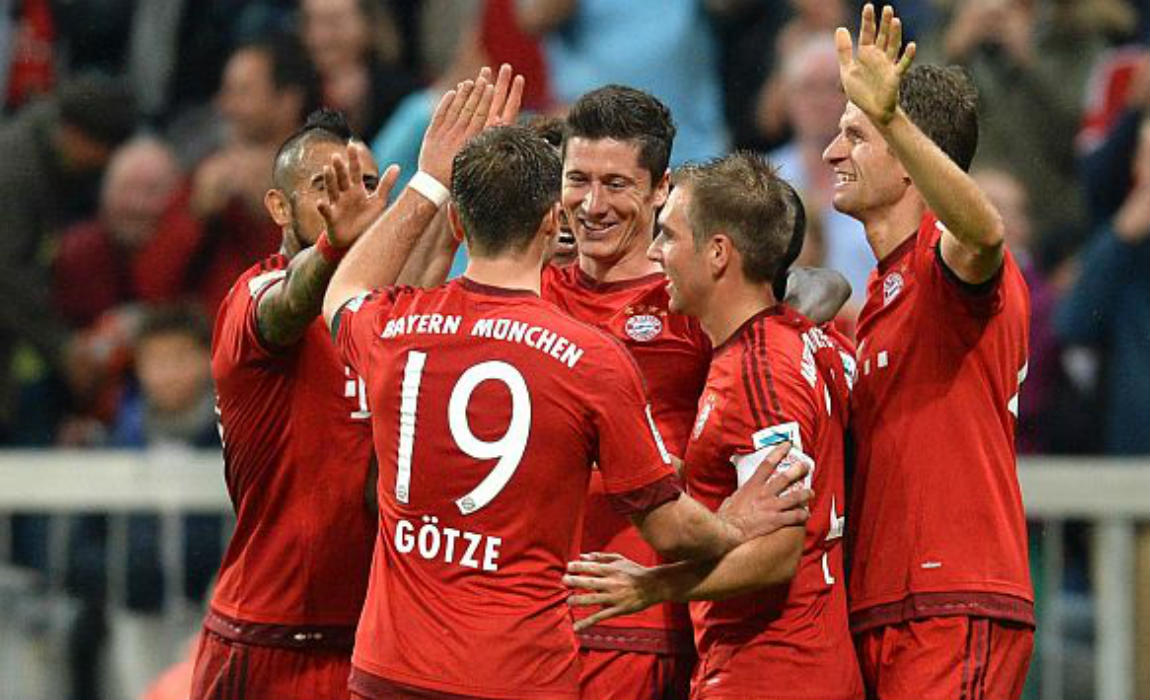 Bayern’s clinical chance conversion helped the German giants to see off Ingolstadt, who took the surprising lead through Dario Lezcano before Robert Lewandowski, Xabi Alonso and Rafinha turned the tides in front of 75,000 spectators at Allianz Arena.

The visitors from Ingolstadt caught a fairy tale start on the road after Lezcano made use of a pass into path from Matthew Leckie to beat onrushing Bayern goalkeeper Manuel Neuer with eight minutes played.

Bayern responded well and restored parity through top striker Lewandowski, who marked his fifth goal of the season after chipping Franck Ribery’s through ball into the far post corner four minutes later.

Despite Bayern’s equalizer, Ingolstadt remained unimpressed and kept the host’s defence busy as custodian Manuel Neuer had to deny Leckie from promising position before the break.

Five minutes into the second half Carlo Ancelotti’s men ensured the 2-1 lead as Xabi Alonso drilled his long-range effort into the bottom right to complete the comeback.

However, Ingolstadt kept it bowling and almost got rewarded but Neuer denied Leckie, and Lukas Hinterseer missed the target from very close range. The hosts were not done with the scoring as Rafinha’s hammer from outside the box made it 3-1 on the scoreboards.

With the result, Bayern reaped the third win in as many games whereas Ingolstadt suffered their second loss of the season.

Dortmund crashed ten-men Darmstadt 6-0 in a one sided affair on home soil.

The “BVB” took the reins from the kick off to break the deadlock with just seven minutes into the clash as Castro tapped home Ousmane Dembele’s square pass into the box. 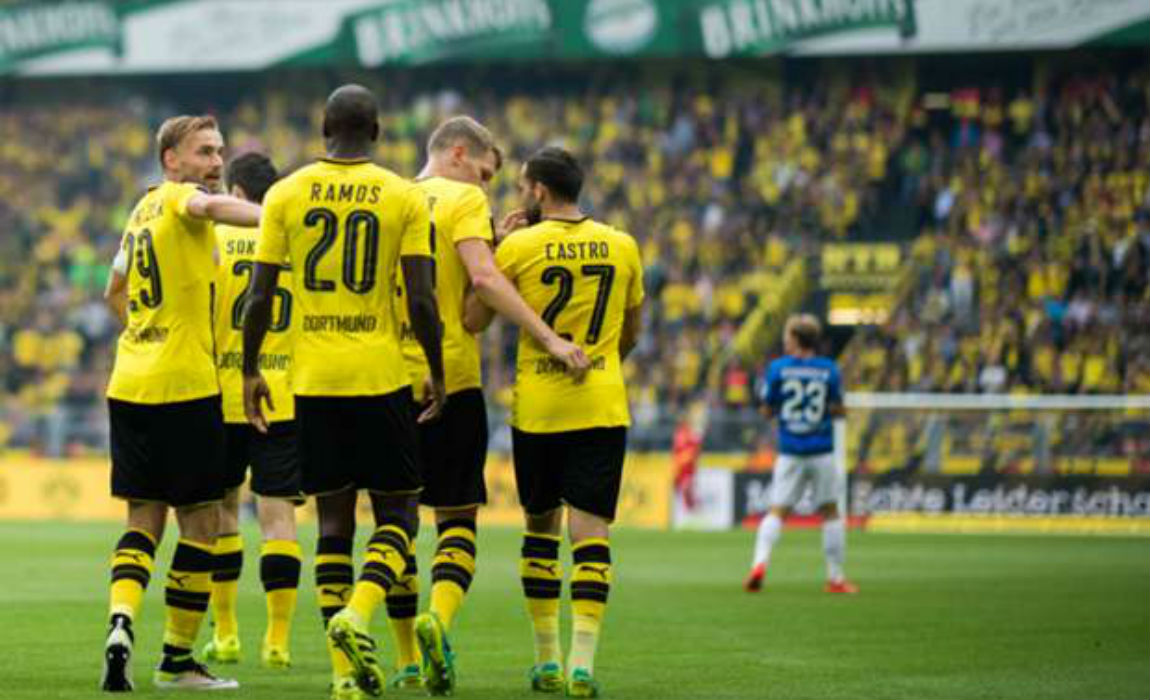 Darmstadt’s goalkeeper Michael Esser prevented a higher deficit in the opening period after defusing the efforts from Adrian Ramos and Raphael Guerreiro. The “Lilien” lacked in penetration and did not get out of their territory within the first half.

Things went from bad to worse for Darmstadt in the 57th minute when Peter Niemeyer was sent off for his second bookable offence to make it ten men for the visitors.

Pulisic was again in the thick of things as he teed up for Castro, who sealed his brace with a back-heel goal in the 78th minute. Darmstadt were unable to put up resistance whereas Sebastian Rode and Emre Mor, who scored his first Bundesliga goal, rounded off the 6-0 victory. 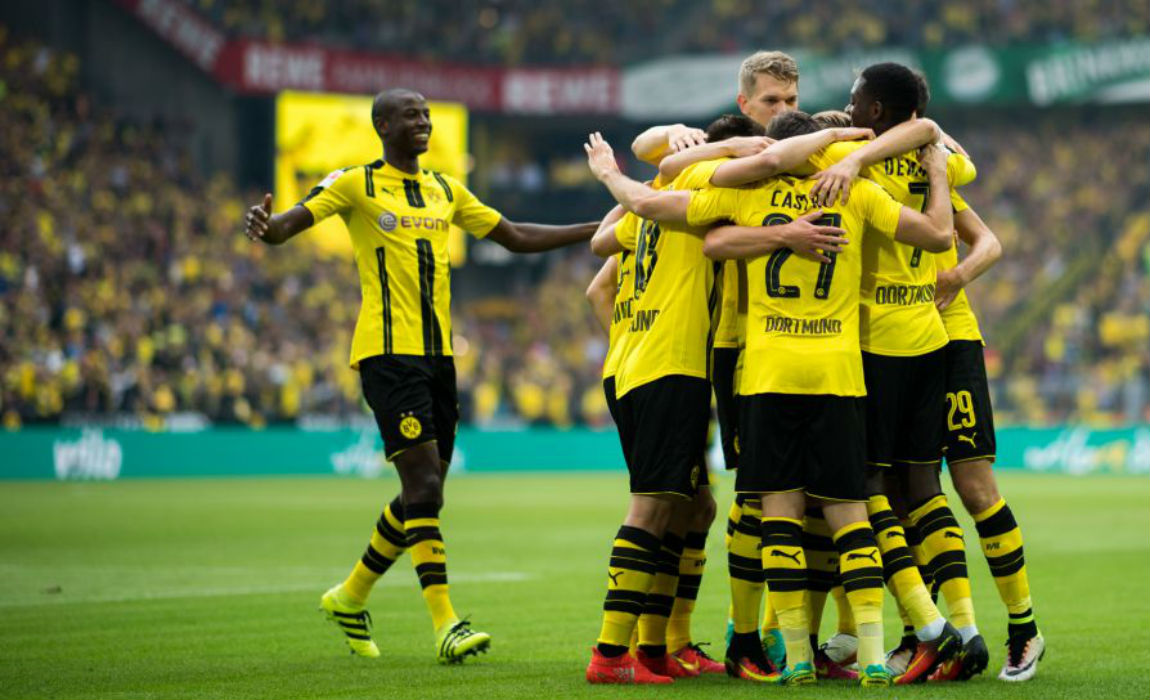 With the win, Dortmund return to winning ways and wrap up the second win of the season while Darmstadt lost their second game.

Elsewhere, Bayer Leverkusen lost 2-1 to Frankfurt as Javier Hernandez squandered a penalty to ensure the two-all draw late in the game.

Hamburg still wait for their first win of the season as newcomers Leipzig showed no mercy after scoring four second-half goals for a 4-0 win on the road.

Hoffenheim and Wolfsburg shared the spoils following a goalless draw whilst Monchengladbach cruised to a 4-1 over struggling Werder Bremen, who suffered the third straight loss in as many games.

The following fixtures complete the third round in Bundesliga on Sunday: Augsburg host Mainz and Berlin face Schalke.