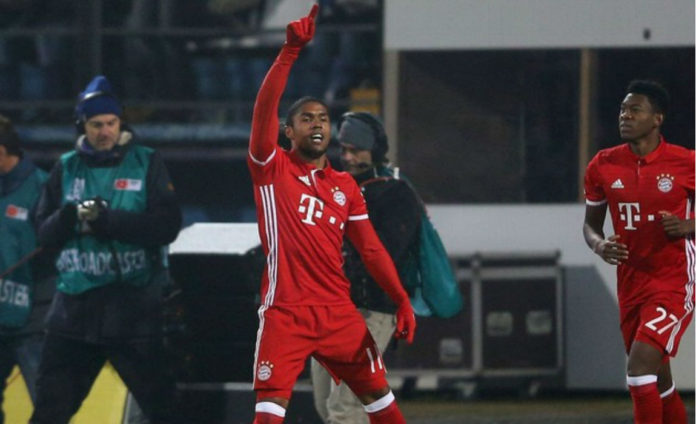 Bayern Munich winger Douglas Costa has been ruled out of Brazil’s World Cup qualifiers against Uruguay and Paraguay due to injury.

The 26-year-old injured his left knee while training with the Bundesliga club on Friday and will remain in Bavaria for treatment, according to a Bayern Munich statement.

Brazil currently lead the South American zone qualifying standings for the 2018 World Cup and will secure a berth at the tournament in Russia if they beat Uruguay in Montevideo on Thursday.

The Selecao will also meet Paraguay at Sao Paulo’s Arena Corinthians on March 28.

Costa has netted seven times in 27 matches across all competitions for Bayern this season and has scored in each of the club’s past two matches.⁠⁠⁠⁠