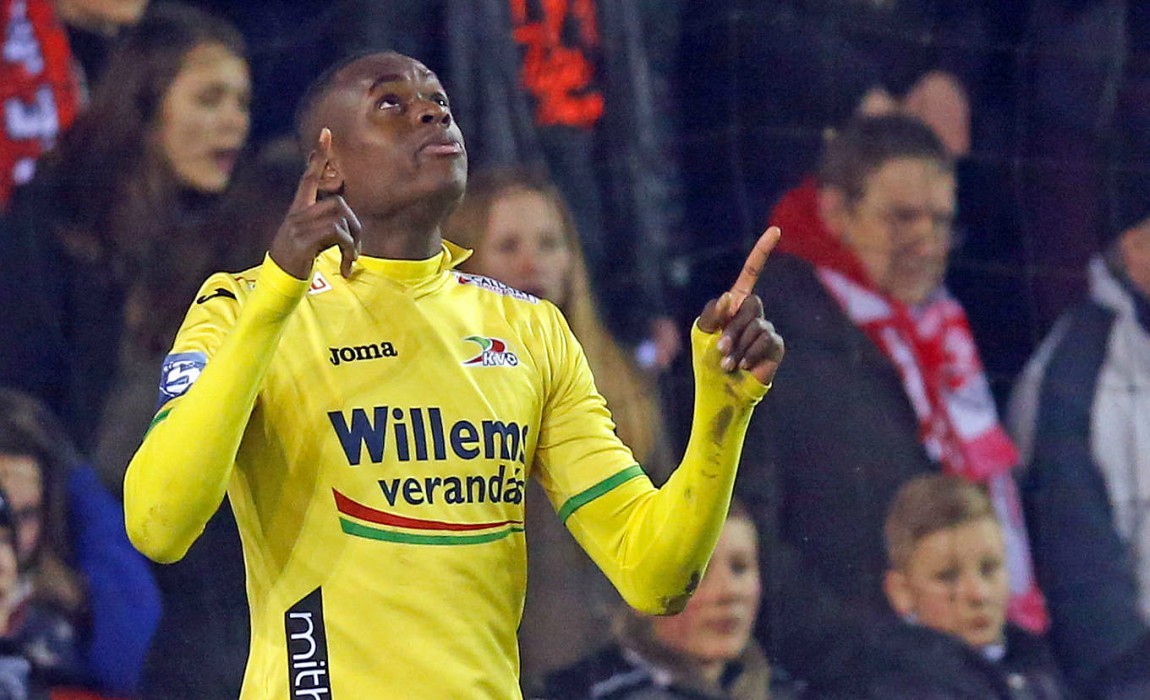 Wolfsburg have snapped up Belgian striker talent Nany Landry Dimata from KV Oostende, both clubs confirmed in an official statement on Monday.

The “Wolves” have secured the services of the 19-year-old striker, who has put pen to paper on a five-year deal, which ties him to the Lower Saxony club until June 2022.

“Nany is a young and versatile striker, whose development we have been following closely for quite some time. We are therefore very pleased that we were able to sign him,” Wolfsburg’s sporting director Olaf Rebbe said. 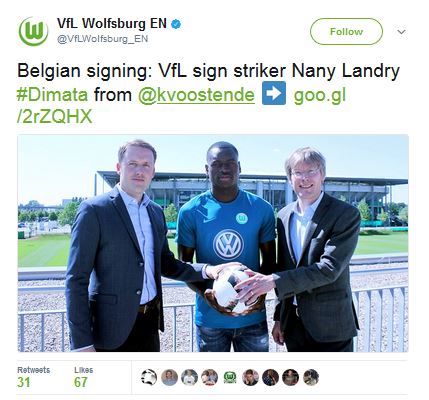 Dimata started his professional career at Belgian outfit Oostende in 2016 where he made his first-team debut against K.R.C. Genk on August 4. He scored ever since 12 goals in 29 appearances.

“I am very grateful that Wolfsburg give me the chance to play in the Bundesliga. The transfer from the Belgian to the German league will be a big step for me. I will be playing with many top players, of whom I can learn a lot,” the new arrival said.