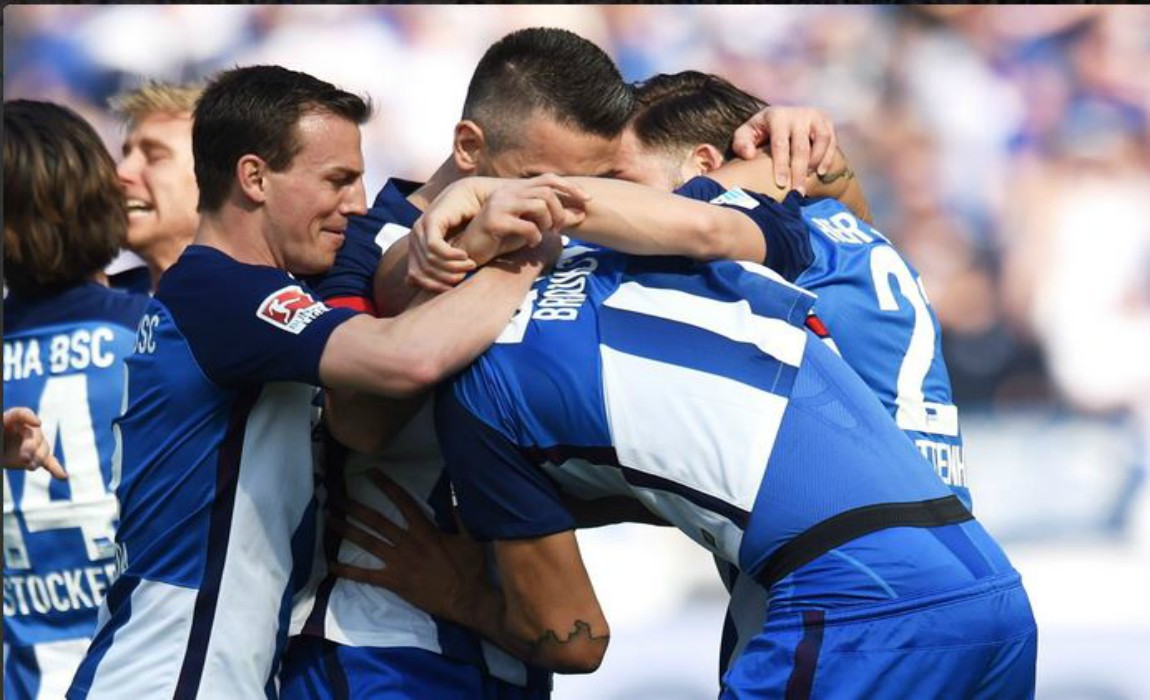 Hertha Berlin overcame Augsburg 2-0 by courtesy of two first-half goals while Markus Suttner’s late goal helped Ingolstadt to beat bottom dwelling Darmstadt 3-2 at the closer of the 28th round of Bundesliga on Sunday.

Berlin ended their three-game losing streak with a 2-0 win over relegation threatened Augsburg, who were unable to snatch a win in the last six games.

The hosts dictated the pace from the kick off and ensured the opener with just 12 minutes played as John Anthony Brooks nodded in a rebound from close range following a corner kick.

Augsburg barley threatened Berlin’s defence meanwhile the “Herthaner” should have doubled their advantage but Vedad Ibisevic’s effort following a one-two with Salomon Kalou was defused by goalie Marwin Hitz.

However, Pal Dardai’s men remained focused and sealed the deal against harmless Augsburg as Kalou passed into the path of Valentin Stocker who tapped home the 2-0 lead in the 37th minute.

Sunshine. 3 points. And an 11th home #Bundesliga win of the season! What more could we want? Well done, lads! ? #hahohe #BSCFCA pic.twitter.com/9gDBgEWCFQ

With the result, Berlin climbed on the 5th place to remain in the race for an international spot while Augsburg stay on the 16th position, which is a relegation play-off spot.

Pascal Gross broke the deadlock for Ingolstadt before a brace from Mario Vrancic turned the tides within five minutes.

Ingolstadt stood firm and bounced back as Almog Cohen restored parity before Markus Suttner scored the 3-2 winner with a free kick goal in the closing period.

Both sides had to complete the game with ten men as Romain Bregerie was sent off with a straight red card whereas Antonio Mirko Colak received his marching order after seeing his second yellow card.

The victory puts 17th placed Ingolstadt into touching distance to safety while last placed Darmstadt lag far behind in the Bundesliga bottom.