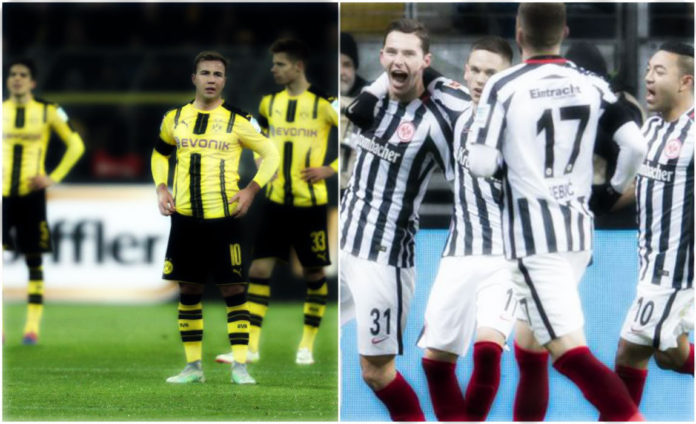 Borussia Dortmund shared the spoils with Augsburg following a 1-1 draw, meanwhile Eintracht Frankfurt went third after a 3-0 victory over 10-man Mainz in the 16th round of the German Bundesliga action on Tuesday. 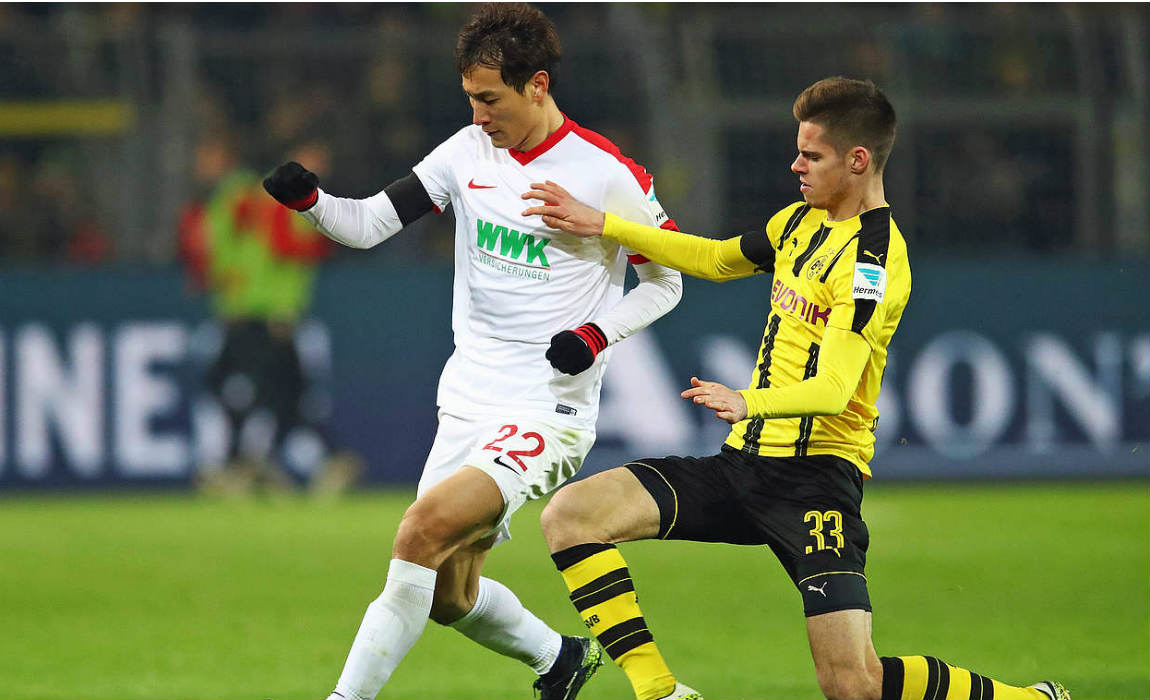 Dortmund are waiting for their first win after three games, as Ousmane Dembele had to cancel out Augsburg’s surprising first-half opener through Dong Won Ji.

The ‘BVB’ controlled the proceedings from the kick-off as Mario Gotze and Pierre-Emerick Aubameyang tested Augsburg goalkeeper Marwin Hitz in the opening period.

Augsburg stepped up their efforts, but Dortmund worked out the promising opportunities; neither Matthias Ginter nor Shinji Kagawa proved able to beat Hitz. 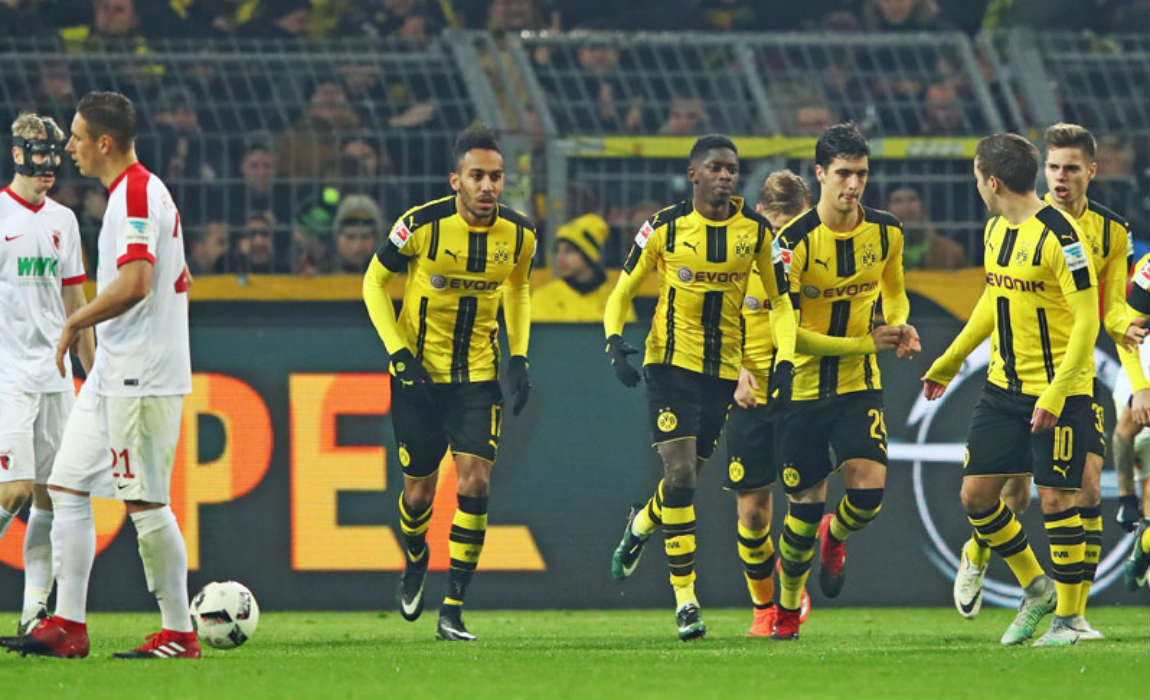 The visitors punished Borussia Dortmund’s wastefulness, as Jan Moravek’s through ball allowed Dong to overcome goalkeeper Roman Weidenfeller with a follow-up shot from close range in the 33rd minute.

Dortmund were unable to respond before the break. However, things changed after the restart as Dembele capitalized on Kagawa’s build-up work to restore parity two minutes into the second half.

The hosts pressed frantically for the victory, but Augsburg’s well-positioned defense hijacked one point on the road. 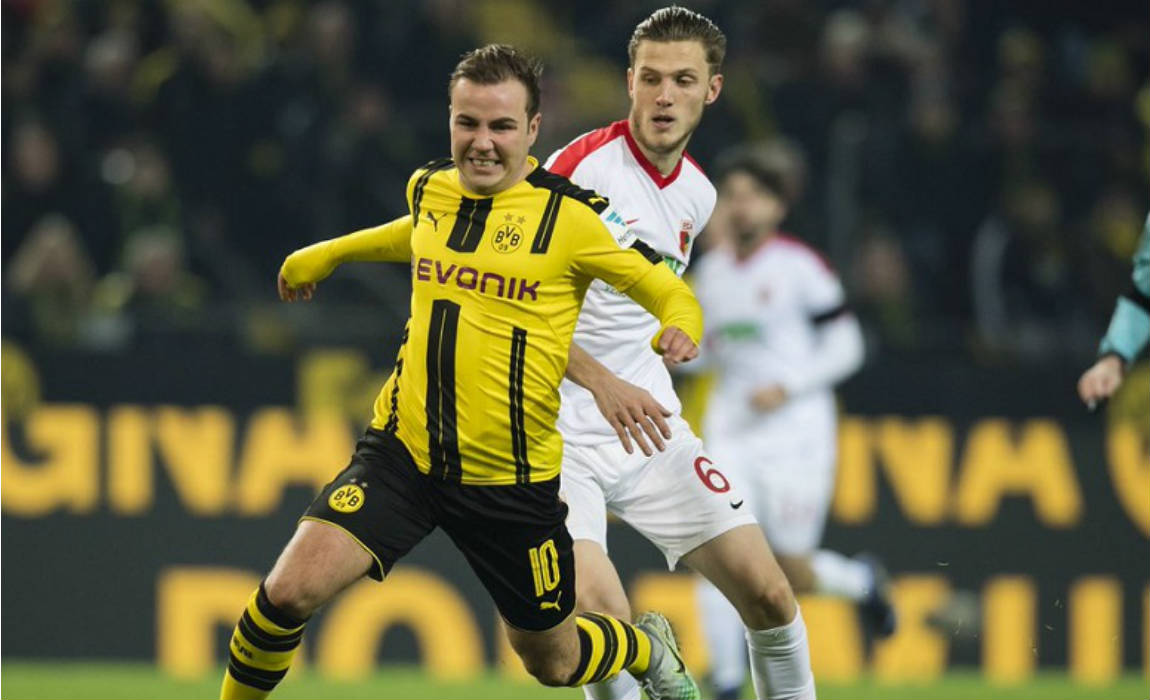 Following the draw, Borussia Dortmund climb from 5th to 4th place while Augsburg stay in 12th place of the standings.

The “Eagles” ensured a bright start as Hrgota benefited from David Abraham’s deep pass into the path to overcome Mainz custodian Jonas Loessel for the opener. 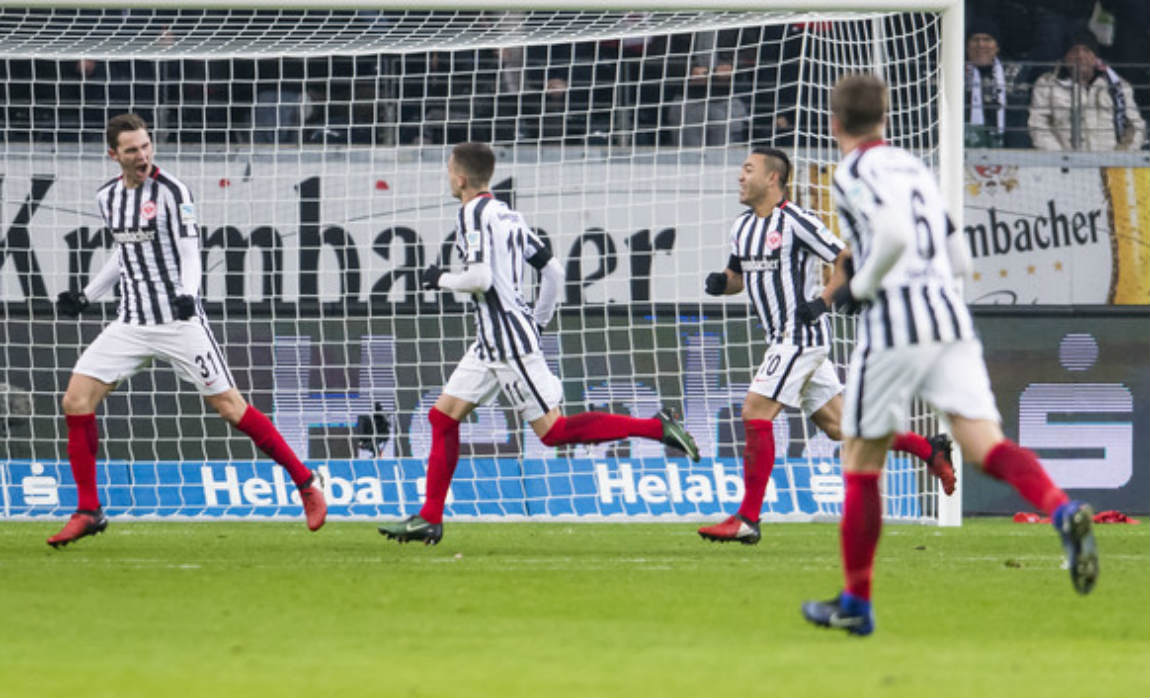 Nevertheless, Frankfurt was unable to utilize that momentum to add another goal to their lead. Instead, Mainz turned up before Jhon Cordoba was sent off with a straight red card in the 55th minute.

The dismissal played into the hands of Frankfurt, as the hosts doubled the lead in the 75th minute through youngster Aymen Barkok, who danced through Mainz’ defense to slot home into the open goal.

The hosts were not done with the scoring, as Hrgota wrapped up his brace with assistance from Barkok to make the game safe in the 85th minute. 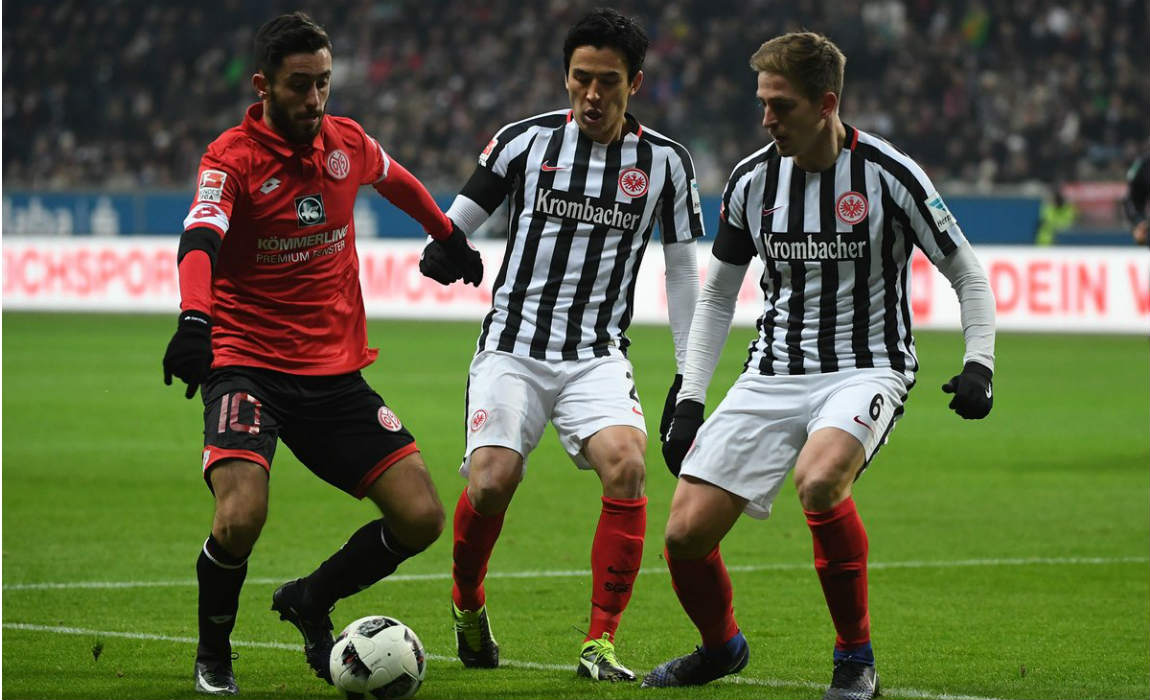 With the eighth win of the season, Frankfurt moved from 6th to 3rd place whereas Mainz dropped from 8th to 9th in the standings.

Elsewhere, Wolfsburg inflicted a second straight loss on struggling Monchengladbach thanks to goals from Daniel Caligiuri and Mario Gomez.

Uninspired Schalke lost 2-1 to Hamburg as Nicolai Mueller and Bobby Wood were on target for the ‘HSV.’ 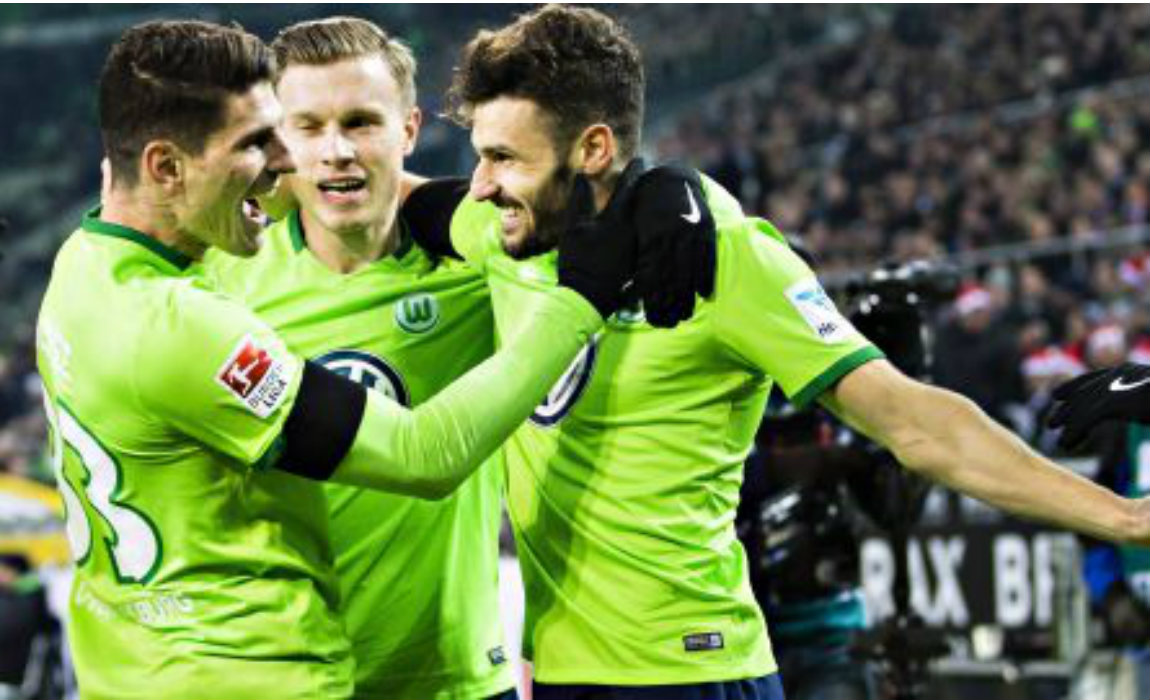