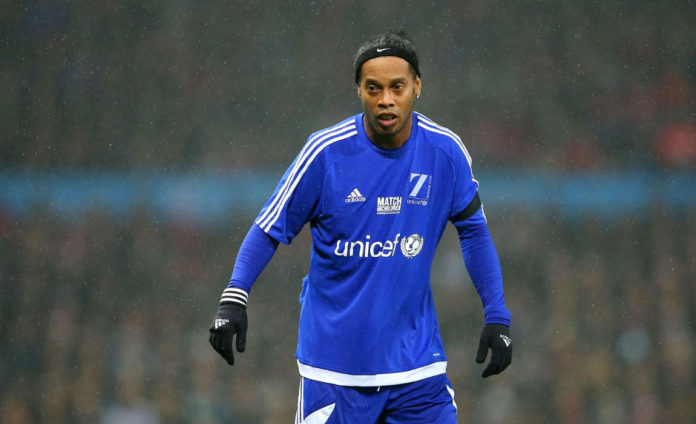 Ronaldinho will continue his global roadshow of football friendlies by taking part in a celebrity match in Japan, the Brazil great said on Monday.

The fixture will be played on December 10 in the Gunma prefecture and will feature top J-League players, ex-players and Japanese television stars, according to Brazil’s Uol news portal.

“Hello everybody from Gunma, I look forward to seeing you in December,” Ronaldinho said in a short video message.

The game will come a week after the two-time FIFA World Player of the Year is scheduled to appear in an exhibition match in Mexico for Cinco Estrellas de Monterrey.

Ronaldinho has not played competitively since his contract with Brazil’s Fluminense was rescinded by mutual consent in September last year.