RACE TO THE TREASURE CHEST 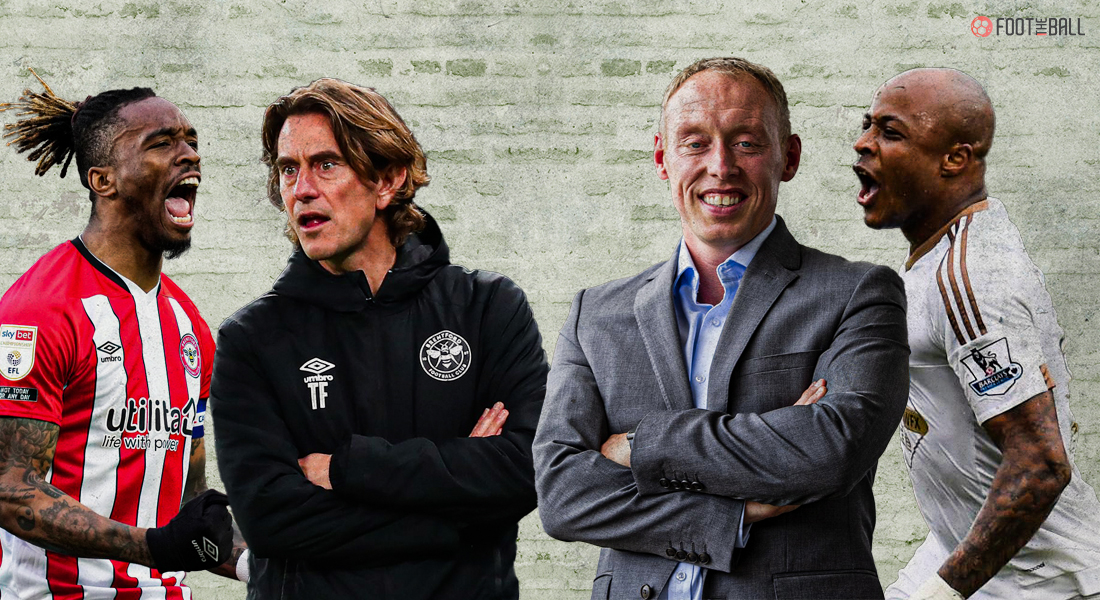 Brentford face Swansea in the Championship Play-off Finals at Wembley on the 29th of May for a place in the next season’s Premier League. This game marks a repeat of the Play-off semi-final of the last season where Brentford defeated Swansea 3-2 on aggregate. Billed as the most valuable match in football, the Championship Playoff final offers the third and final spot in the Premier League.

Whoever wins the playoff final will see an estimated rise of 135 million pounds in revenue which can double should they avoid relegation from the Premier League in the first season.

Brentford staged a remarkable comeback to beat Bournemouth 3-2 on aggregate. The game showed the Bees’ never-give-up attitude as they overturned a 2 goal deficit on aggregate in 80 minutes. Swansea on the other hand edged past a brave Barnsley side 2-1 after 180 minutes of exhausting football.

Brentford finished the Championship season in 3rd place for the second season running. The West Londoners had 87 points to their name, 6 more than the last time but it wasn’t enough to secure an automatic promotion into the Premier League. They experienced play-off heartbreak at Wembley as they lost 2-1 to Fulham cruelly in extra time. Thomas Frank’s side would be hoping that they will go one better than the last time and earn their first-ever promotion to the Premier League.

Swansea improved on their 6th placed finish from the previous season to finish 4th this time 7 points behind Brentford. The Swans managed by Steve Cooper have improved massively this season and would hope to avenge their semi-final loss last time and return to the top-flight after their relegation three years ago.

Thomas Frank has no injury and suspension worries and has a full squad available. The Bees have gone strength to strength this season. Their manager has shifted from a 4 man back to a more offensive 3-4-1-2 formation to which the players have adapted excellently. Though he has lost 2 of his attacking threats to the Premier League, Franks’s management has been excellent.

Thomas Frank was asked how he will take his play-off experience with Brentford in to the Championship play-off final pic.twitter.com/m0o1UNVzhj

Given it’s the most important game of the season, he would not want to make any changes. A settled team would always have a great chance of winning and Frank may just stick with the same 11. He might be tempted to bring in Tarique Fosu as a number 10 ahead of Marcondes

Swansea have injuries to young players but it wouldn’t affect the plans of Steve Cooper much. He can also relax because there are no suspension threats to the players. Cooper has used a classic 4-3-3- to full effect. A mid-block that tries to win the ball quickly is complemented by a 3 man strong forward line. A target man brings wingers into play and lets them score goals. This system of patient play may help their cause in the finals.

Swansea would go with an unchanged XI as he looks to secure the promotions without any risks.

Brentford’s highly efficient scouting transfer system was praised worldwide once again due to Ivan Toney and his performances. Having lost 2 of their BMW front three in Said Benrahama and Ollie Watkins they struck gold with Toney.

Ivan Toney the 25-year-old English striker has set the Championship on fire with his performances. He made the jump from Peterborough in League One to the Championship and has settled into Brentford’s system with ease. His intelligent running, pace and remarkable finishing has resulted in 32 goals and 10 assists in the league campaign. He also won the golden boot in the Championship, setting a new record for most goals in a single season.

He would be determined to lead his side into the Premier League. Matt Grimes, the Swans captain in the middle of the park would have to stick to Toney and not let him run behind his centre-backs.

Andre Ayew has been a constant performer for Swansea over the years. Though he has been to different clubs in Europe he always returns to the Swans. This season has been his best in terms of goal scoring. He notched up 17 goals and laid on 4 assists for his teammates. His crucial strike in the play-off semis underlines his importance to the Swans.

Ayew who plays as a right-winger will look to make the most of Brentford’s left-hand side. Sergi Canos the left wing-back ventures forward to attack and leaves spaces behind. Ayew would look to exploit these channels and make dangerous runs and take on the centre backs.

There’s only one favorable result for both sides. Only one spot is available in the Premier League and the riches it offers means both sides go for the kill from minute one. We have seen this season that Brentford are anything but boring. If they manage to bring the same energy onto the biggest stage and use their experience from the last time they can win the game. Swansea would look to use their past Premier League experience and also avenge their last season’s loss.

We can expect an exciting end-to-end football contest. FootTheBall predicts Brentford to triumph 2-1 over Swansea and make their first entry into the Premier League.