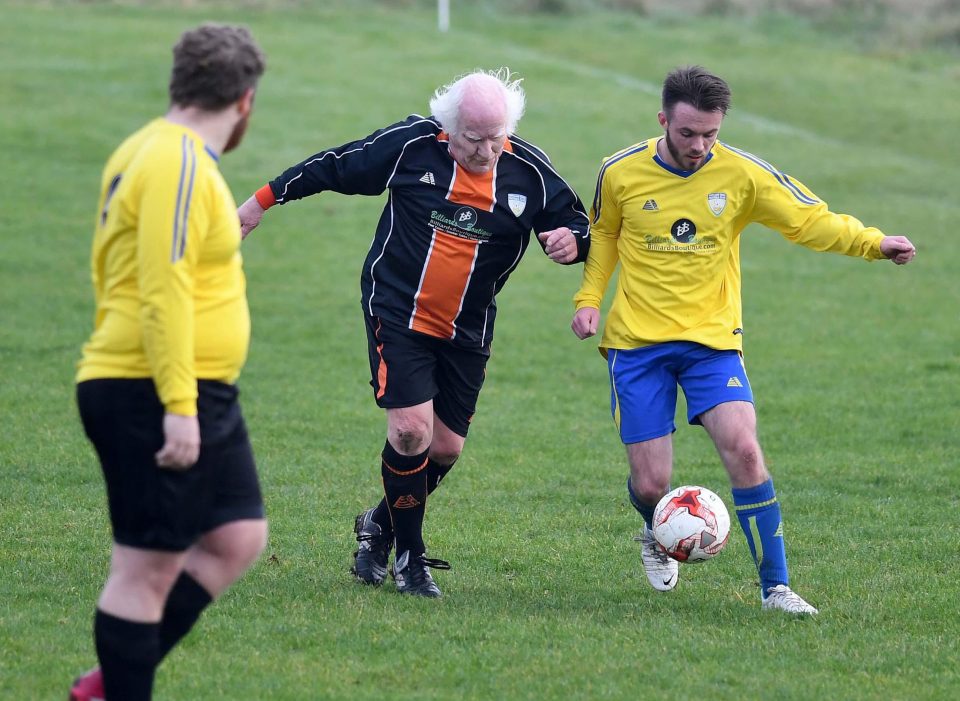 Portland Town FC chairman, Andy Barber picked up Dickie Borthwick, 81 after he heard that the grandfather of five was looking to make a run for the team.

Dickie rolled back the years as he made a ‘fairytale’ debut by scoring a goal late into the game. 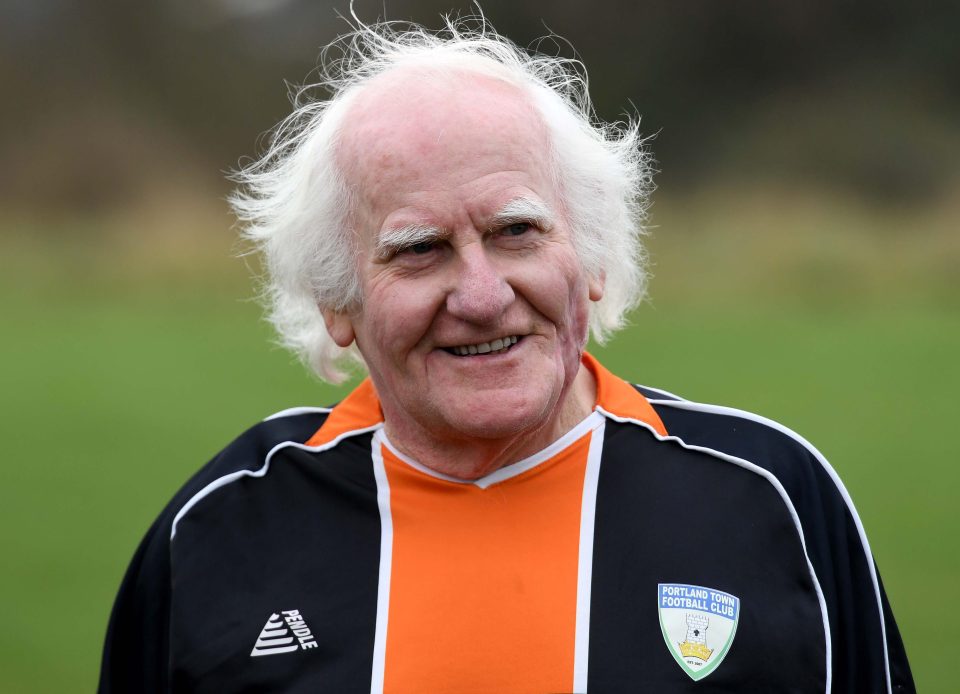 The left-winger was all smiles fater making the first-team an played for over 70 minutes before being subbed.

Dickie however came back late to score a late penalty. 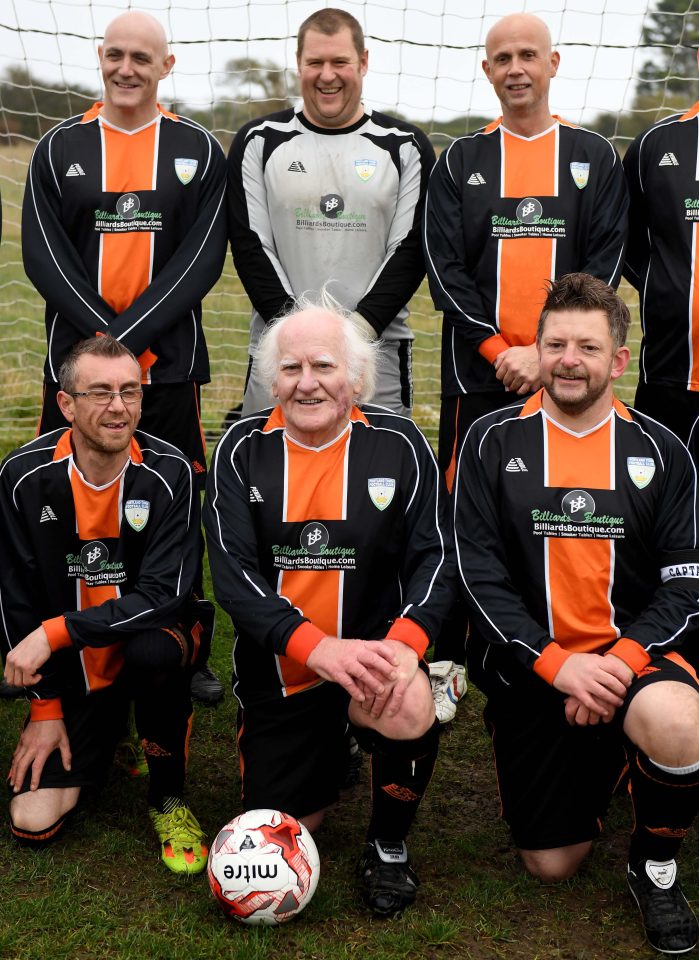 Dicke said: “I really enjoyed the game. It was nice to get involved with lads who play football at my level.”

“I did all right. Obviously I was a little bit slower than the rest of the lads but give me a few more games and I’ll get back up to speed again.”

“They marked me pretty heavily. There was three of them marking me at one point!”

“I’m delighted I’ve been able to come down to Portland and mix with a bunch of lads who love football like me. It was very kind of them to invite me.”

“Hopefully I’ll have another game in a few weeks.”

Club chairman Andy Barber was very impressed with the 81-year-olds performance and even offered him a contract. 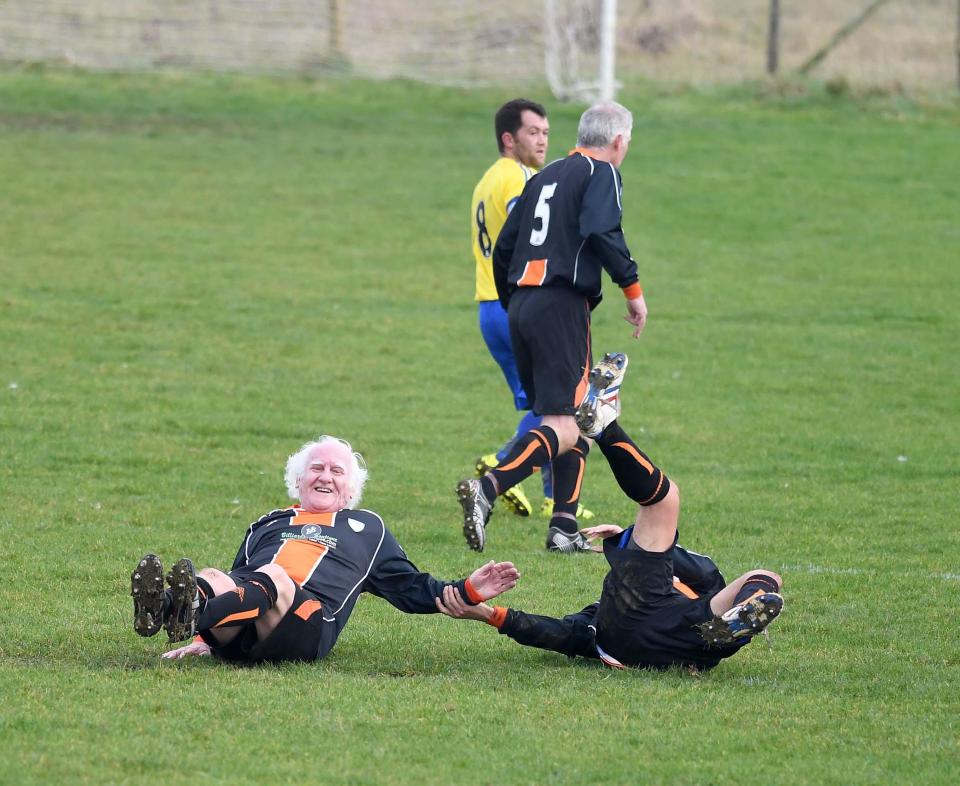 “Dickie didn’t want to come off the first time but he understood we wanted to give all the lads a run out.”

“We brought him back on with five minutes to go, we won a penalty and he put it away. It was a fairytale really.”

Dickie beat prostate cancer 3 years back and has wanted to get back to playing ever-since.

The retired engineer had to stay away from the game after being termed as too old to play the veterans football which is generally aimed at people in the age bracket of late 30’s and 40’s.

Dickie, a retired engineer started his career at the age of 12 with Invergordon Academy in the Scottish Highlands.