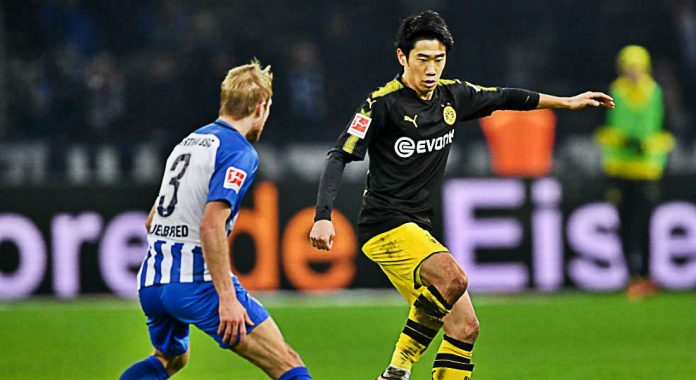 Shinji Kagawa’s equalizer helped Dortmund to hijack a 1-1 draw from Berlin at the opener of the 19th round in Bundesliga on Friday.

The “Black and Yellows” took the reins from the kick off and controlled the ball while the hosts defended deep to give the visitors a hard time establishing their style of play.

Hence, goal-scoring opportunities remained a rare occurrence within the first half. The spectators at Berlin Olympia stadium had to wait until the 14th minute before Kagawa headed just wide of the target to ensure the first chance of the game.

The hosts came to their first chance at the half-hour mark when Niklas Stark nodded past Dortmund’s goal.

After the restart, Hertha Berlin grabbed a bright start against the run of the game as Davie Selke broke the deadlock after tapping home Valentino Lazaro’s low square pass into the box in the 46th minute.

Berlin had enough room to set up counter attacks but Salomon Kalou wasted a golden chance to double the lead after he failed to overcome custodian Roman Buerki following a one-on-one. 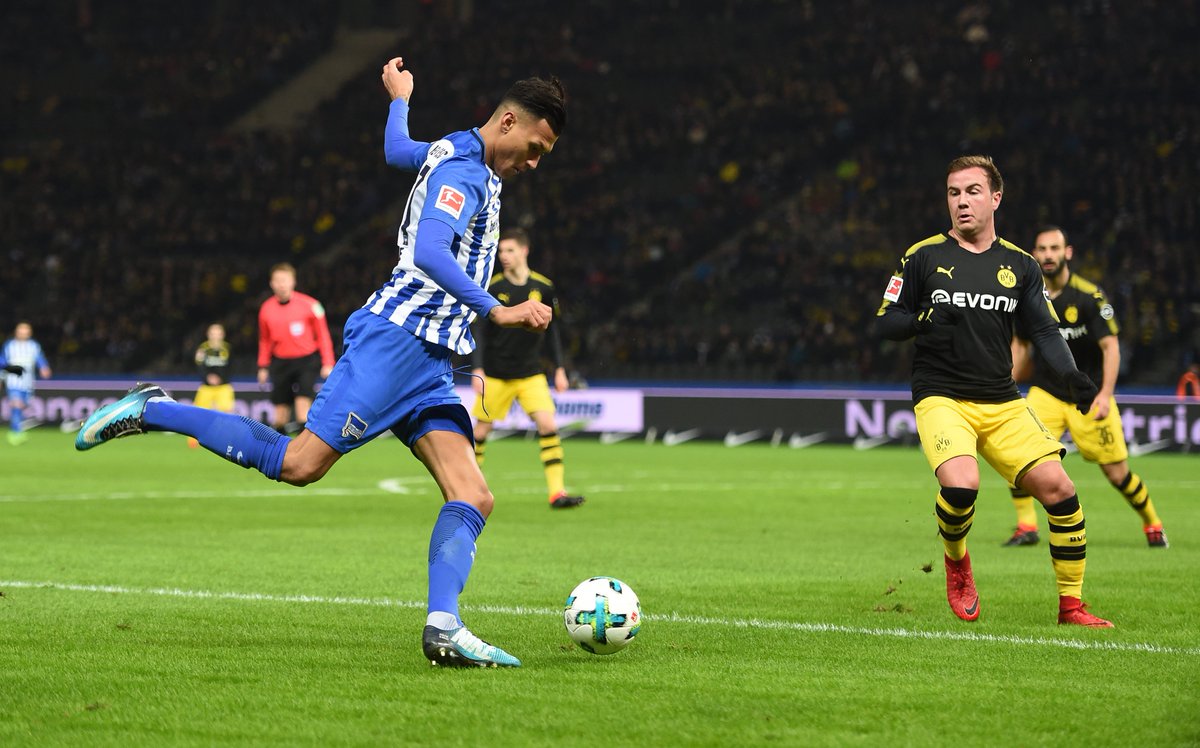 However, the “BVB” remained on the front foot and got rewarded with 71 minutes into the game as Shinji Kagawa headed home Jadon Sancho’s cross to restore parity from close range.

With the result, Dortmund climb from the 4th to the 3rd place for now meanwhile Berlin remain on the 11th position.