Senegal in the final! 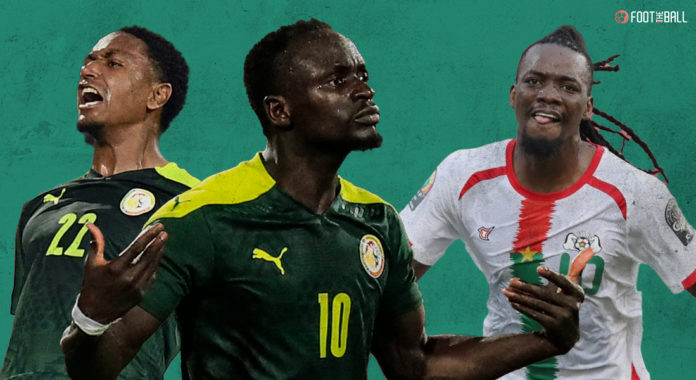 The first semi-final of AFCON 2021 pitted the underdogs Burkina Faso against a powerhouse Senegalese side who started as the overwhelming favourites.

It was a feisty start with Cyrille Bayala and Nampalys Mendy went down after a hard challenge from the former. However, both players were able to continue playing. Senegal were doing most of the attacking play but Burkina Faso were also getting forward when the chances arose.

Saliou Ciss was proving to be a constant danger down the left, his cross being headed just wide by Bamba Dieng in the best chance of the match so far. One of the major talking points came soon after as Hervi Koffi came rushing out to punch a long ball, taking out Cheikou Kouyate in the process before falling on the goalkeeper. Though the midfielder was able to carry on, Koffi had to be replaced with Farid Ouedraogo coming on. VAR instructed the referee to have a second look, which saw the subsequent penlaty decision also overturned.

#TeamBurkinaFaso goalkeeper, Hervé Koffi who has been immense for them throughout this tournament can’t continue. #AFCONwithJuliet pic.twitter.com/1bf38BYIcg

The first shot on target came through Boureima Bande who tested Edouard Mendy at his near post after good work from Betrand Traore. A similar effort from Mane was saved by the substitute goalkeeper. Senegal kept the pressure up and a shot by Idrissa Gueye from the edge of the box was deemed to have struck Edmond Tapsoba on the arm. However, another VAR-instructed review led the referee to overturn his original decison as the first half ended with no goals.

The second half was an even affair right from the off. Both teams were going through the motions with some sloppy passes being thrown around. The opening goal came in the 70th minute and it was no surprise that a set piece was needed. A corner for Senegal fell to Kalidou Koulibaly inside the box who tried an overhead kick. The ball reached Abdou Diallo who controlled, turned, and side footed a shot into the net.

The Lions of Teranga net the opener thanks to Abdou Diallo 🎯#TotalEnergiesAFCON2021 | #AFCON2021 | #BFASEN pic.twitter.com/5g16n5QE4w

One became two within five minutes. Mane muscled Issoufou Dayo off the ball near the left of the box before laying the ball off on a plate for Idrissa Gueye to tuck home a neat finish. It was looking like a long way back for the Burkinis now. However, the game turned on its head once again.

That's it! Senegal are going to a second consecutive AFCON final! Burkina Faso play themselves in trouble, Mane does well and feeds Gueye sends it home!

A cross from Issa Kabore found the onrushing Ibrahim Toure who knocked the ball past Mendy with his knee to halve the deficit. The joy was short lived though, as a mix-up in midfield allowed Mane to run free beyond Burkina Faso’s backline before executing a beautiful left footed chip to score the third goal. There was no comeback this time as Senegal went through.

🇸🇳⚽️ SADIO MANE ! The Senegal captain chips it over the Burkina keeper to make it 3-1 and seal the tie ! #TeamSenegal will surely advance to the final of #AFCON2021 pic.twitter.com/cuRa01Un43

It was an even encounter for most parts but The Stallions really did not have any clearcut chances to score. Traore had a glimmer, running onto a long ball behind the Senegalese defence but Koulibaly was on hand to clear. The backline of Senegal held firm and despite having almost half the possession, they could not get into the danger areas as often as they would have wanted. Though they did score in the final minutes to set up a tight finish, Senegal scored once more through Mane to take the win and make a third AFCON final.

Not the prettiest of games from the Lions of Teranga but they get the job done. Most of their threat was down the left hand side, using the combination of Ciss and Mane. Nevertheless, they did not test Burkina Faso as much as they would have wanted over the first 70 minutes. That all changed following the opening goal through Diallo. Mane, who had been trying to pull strings all night long, found his lost mojo with an assist and the third goal. From then on, it was all about time management as they ran down the clock to take the victory.

Two finals, two defeats. Will third time be the charm for Senegal? No time has made three finals without winning the competition and Aliou Cisse’s side have the best chance to script history this time. It will not be easy, facing either Cameroon or Egypt but they are so well molded in every department, few will bet against them this time around.