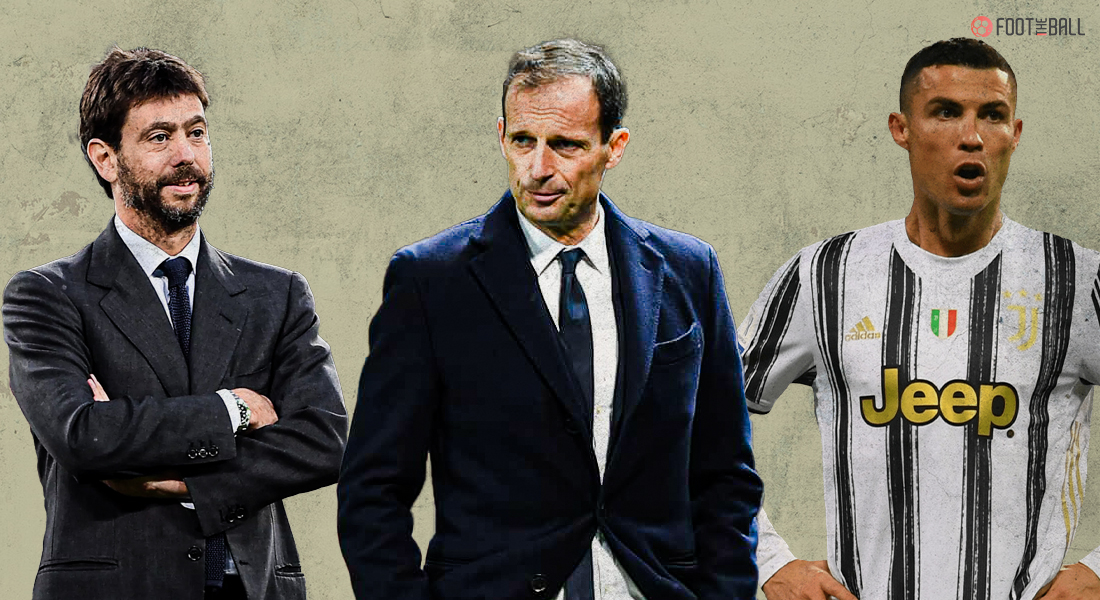 Juventus, Italy’s most dominant side of the past decade, have had a troubled last couple of seasons. Maurizio Sarri led the Bianconeri to another Serie A title in 2019-20 but continued reports of clashes between him and the players over tactics and ideas led to his ouster after just one season. Instead of hiring a renowned name from the footballing world, the club chose to have an in-house promotion.

Andrea Pirlo has the worst record, of the last four Juventus managers, against the current top seven in Serie A. 🤷‍♂️

Is this a sign of things to come against Roma? 🧐 pic.twitter.com/1Z0CUFIQBo

Former player and iconic midfielder of his time, Andrea Pirlo was given charge in his first senior coaching role. Though there were doubts regarding the required experience and expertise of Pirlo, chairman Andrea Agnelli insisted that it was the right choice. However, the team and manager were no match for a rampant Inter side who romped to the title, winning their first in a decade.

Absolutely the correct decision. It was a foolish decision to throw in Pirlo in the deep end with limited coaching experience.

Allegri coming back is a statement of intent. He might not play the most fancy football but he’s an elite manager and he wins you trophies. #Juventus https://t.co/ovKvFYwS4u

There were fears that Juventus would miss out on Champions League qualification after nine draws and six losses over the season. In the end, they did manage to avoid that ignominy due to winning on the final day and results elsewhere going in their favour. Their season did improve a bit by winning the Coppa Italia after three seasons, but it was not enough to save Pirlo from the sack. Instead of going for another left-field option this time, Agnelli chose one of the safest routes by bringing back former manager Max Allegri.

Recapturing the league crown is the first agenda on Juventus’ plate along with challenging for that elusive Champions League title. Will Allegri be as successful as he was during his former spell? It is a different Juventus from the one he left in 2019. He does have some of the best players at his disposal to work with.

Buffon: “No one knows Juventus better than Allegri”https://t.co/FEN5hFvoBT

Cristiano Ronaldo has continued to be his own ever-dangerous self, top-scoring in the league last term and showing no signs of slowing down. The biggest question surrounding the 36-year-old remains his contract situation and whether he might possibly leave before the new season starts. There have been rumours of him both staying and departing the Allianz Arena, with Allegri confident that Ronaldo will stay till 2022 at least.

Along with this, there are a few other players whose future might need to be sorted out soon, chief among them being that of Paulo Dybala. The attacker had a troubled last season with injuries and loss of form relegating him to just 14 starts out of 20 appearances in the league producing four goals and three assists. Dybala was also not picked for Argentina’s Copa America squad with his current contract set to end next year.

Allegri is likely to keep Dybala but the presence of several flair players for the manager’s second term will limit his chances which we will come to later on. Another player in danger of getting the axe is Welsh midfielder Aaron Ramsey. He has not been the effective replacement for Pirlo or Marchisio that the club had hoped for, starting just 24 games in the past two seasons combined. Additionally, his huge wage bill is also a point of concern for the club in these pandemic-stricken times. If Juventus do manage to find a willing buyer, it will be hard to resist the temptation to sell the 30-year-old.

EXCELLENT PLAYERS ALL ROUND

Coming to the way Allegri can get the best out of his squad, the amount of star names will help a lot. The defence has its effervescent duo of Giorgio Chiellini and Leonardo Bonucci, absolute stalwarts of the game who further enhanced their reputation after a successful Euro 2020 triumph. Though Chiellini is a free agent currently, there is little doubt he will be back with the Bianconeri very soon.

Dutch defender Matthijs De Ligt, a little susceptible at times, will benefit from Allegri’s experience and mentorship to unlock his true potential in Italy. Conceding 38 goals with just eight clean sheets is not something a champion team should be doing, so Allegri will definitely focus a lot of his attention on this area. The return of Cristian Romero from a very successful loan spell with Atalanta, where he won the ‘Best Defender’ award in 2020-21 should bring out the best in everyone involved.

🗞️ Manchester United and Tottenham are rumoured to be interested in signing the Argentine pic.twitter.com/Z3TJ5ZVEd8

In attack, Juventus are blessed with some truly excellent options who can score against any opposition. In Federico Chiesa and Dejan Kulusevski, they have two brilliant, creative play-makers who can run at defenders with the ball, beat opponents with pace and trickery, along with scoring goals efficiently. Both of them had excellent outings at the Euros and will be instrumental in assisting the main striker of the team.

Who that striker will be is of course a different ballgame if Ronaldo leaves. There is Alvaro Morato of course, but he has always been prone to extreme highs and lows in form and cannot alone replicate the output of Ronaldo. It will be interesting to observe what kind of players Juventus can and will bring in. Sassuolo and Italy midfielder Manuel Locatelli looks set to become the first signing of the Allegri 2.0 era as talks between the two clubs are progressing well.

Agnelli knows it is on him to help in the construction of a title challenger for next season and provide the manager with what he requires. Supporters are not best pleased right now with the chairman’s recent conduct, including dragging the club through the whole European Super League mess.

Allegri knows he simply cannot rest on his past laurels as the club’s competition has increased significantly in the two years he was away. Both the Milan clubs and Atalanta will start as serious contenders for the title. Roma have appointed Jose Mourinho and one can never know what the ‘Special One’ might do at a new club. It will not be like the days of old where Juventus had their merry ways.

They have brought back a much familiar and loved face to Turin, who is tactically one of the best around. He is known to be extremely fluent with his formations, with players able to switch during games. Whether he goes back to his trusted 3-5-2 or uses the 4-2-3-1 with Rabiot and Bentancur/Ramsey/Arthur behind the front four remains to be seen.

Tomorrow, the lads start their work on the field again! 💪

Winning the Serie A will be an immediate statement of intent and impact but the Champions League is the golden fruit. Juventus reached the final twice under Allegri in 2015 and 2017, losing to Barcelona and Real Madrid respectively. Will the second-coming bring home the crown finally? It will be a tough task. All of last year’s contenders have pretty much kept their core intact while PSG have significantly bolstered their team. The Bianconeri put their faith in seemingly the right person, but the external surroundings have changed. The club are still well-positioned to achieve silverware and it is now a matter of time to get going.