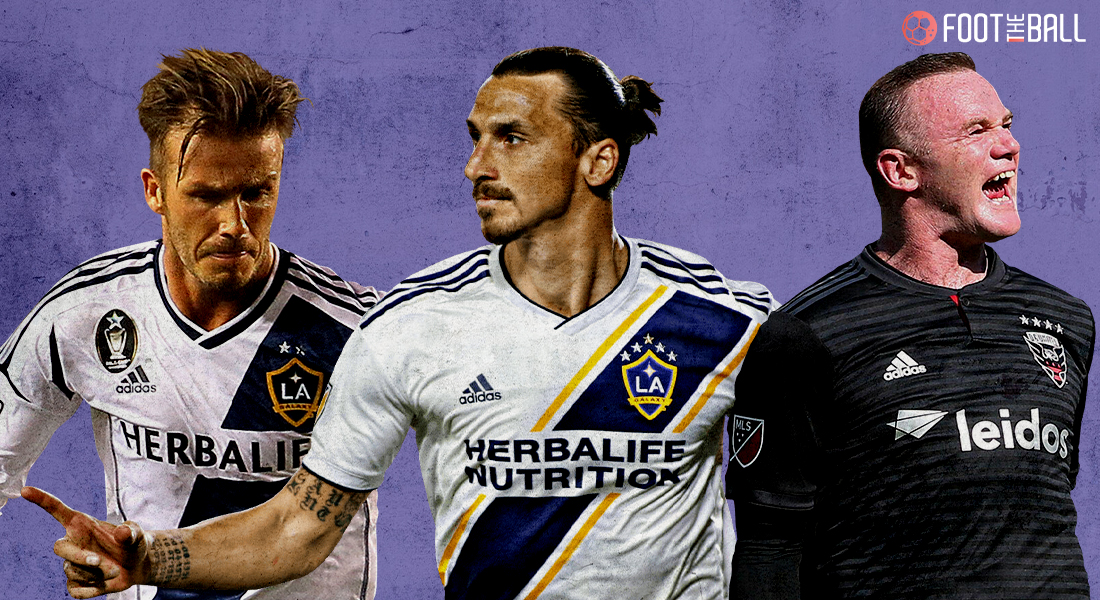 Major league soccer, or the MLS, has since 1996 sought to bring the beautiful game to the USA.

Much of its early impetus and motivation was provided by the successful World Cup hosted by the US in 1994. That event had a lasting legacy that saw the organizational framework of the MLS set up properly.

@Dan6Cal on the legacy of the inaugural @MLS season. pic.twitter.com/UZQjBQ5Tol

Today soccer is one of the fastest-growing sports in the US, both in popularity and financial size. A 2017 poll found that the sport is growing in popularity with 18–34-year-olds, while more established American sports were going down.

Many experts expect that growth to continue in line with the overall quality, with the commissioner of the MLS predicting that in 25 years it will be potentially the best league in the world.

"Welcome with open arms!" Inter Miami striker Gonzalo Higuain has spoken about the continuation of the career of Barcelona striker Lionel Messi.🚀 🎙"Pirlo came to MLS as a world champion. The same goes for Henri https://t.co/aIWcVAs7lG pic.twitter.com/VkffOR40wU

That prediction may seem some way off for now when the MLS is compared to the sheer scale of leagues such as Serie A in Italy, La Liga in Spain and England’s Premier League.

In those nations, the fixture attendances, TV viewing figures, advertising rights and player transfer fees are galaxies away from those seen in the States.

HOW CAN THE MLS BECOME A WORLD- BEATING COMPETITION?

The MLS was formed in 1995. Originally made up of just nine teams, today there are 27 teams with clubs coming from all over North America, including from Toronto, Vancouver and Montreal in Canada.

Judging the quality of various soccer leagues from all over the world is a difficult task, given just how many variables are part of the equation.

Everything from how much organization there is in the make-up of the competitions to the size of the countries where teams have to travel to play a match should be considered.

Certainly, the majority of MLS players believe they would fare reasonably well in England’s Premier League. One aspect that has been brought up is the greater variability of quality in the MLS.

The richer North American clubs have made use of the designated player rule to sign star names such as David Villa, Marco Echeverry and David Beckham. Clubs without that sort of cash are often playing at a different level of ability.

However, this is also seen in leagues across the world. Take Spain where Real Madrid or Barcelona regularly dominate La Liga. So, this should not be necessarily seen as a stumbling block to the ongoing progression of the MLS.

Certainly, at present the MLS is some way of from competing toe to toe with the world’s best leagues. A way to look at it is to compare how players fare when transferring to and from the MLS.

A good example is Clint Dempsey who began his career in the MLS and moved to England where he played for Fulham and became a huge success.

Most of the time however, the traffic has been going the other way. This has been particularly the case with experienced players moving to the US for some well-paid final playing years before retirement.

IS IT ALL ABOUT THE MONEY?

A huge difference between the MLS and other world football leagues is that the MLS has a salary cap. Currently set at just under $5 million, this is dwarfed by many big clubs playing across the world.

How it started: How it’s going: pic.twitter.com/A18NxoKU9u

Teams can get round this with the designated player rule, which allows up to 3 players to be exempt from the wage cap. But again, it’s only the richer teams that can afford to do this.

A huge component of a club’s success, particular in Europe, is the advertising and TV rights that make up a significant part of their revenue. That is one area that could go up as the sport continues to become more popular in the USA.

A more reasonable comparison at the moment might be between MLS teams and other soccer teams from Central America and the Caribbean. Since 2008, MLS teams have competed in the CONCACAF Champions League but have not yet won the title.

The best performance so far was in 2018, when Toronto FC got through to the final against Mexico’s Guadalajara before losing on penalties. The MLS sides Real Salt Lake, Montreal and New York also lost out in the final in 2011, 2015 and 2020 respectively.

Chalked up another W 📰 @etihad

These sorts of results show that the MLS can be compared to Mexico more or less favorably, with some work to do to catch up.

As far as comparisons with other world leagues go, there are fundamental differences in format, finances and global outreach. The most competitive European leagues look set to retain their place of prominence for the foreseeable future.

However, as interest continues to grow in the MLS, those involved with the sport can expect the US to figure ever more prominently on the world’s soccer scene.