Champions League: Atletico Madrid Close In On Last Eight With 4-2 Win Over Leverkusen 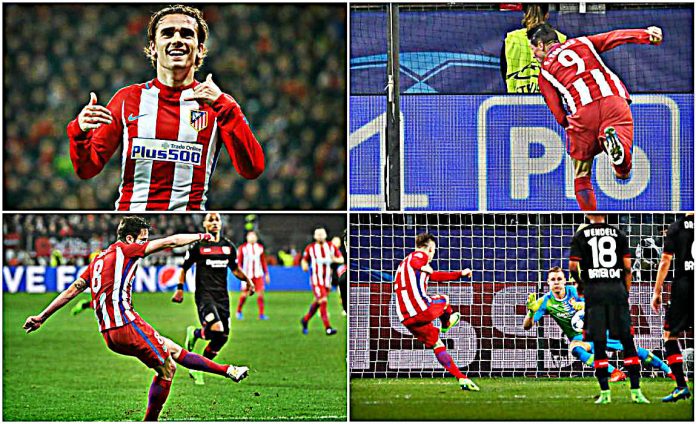 Atletico Madrid put one foot in the quarterfinals after easing past hosts Bayer Leverkusen 4-2 in the first leg of the UEFA Champions League last-16 on Tuesday. 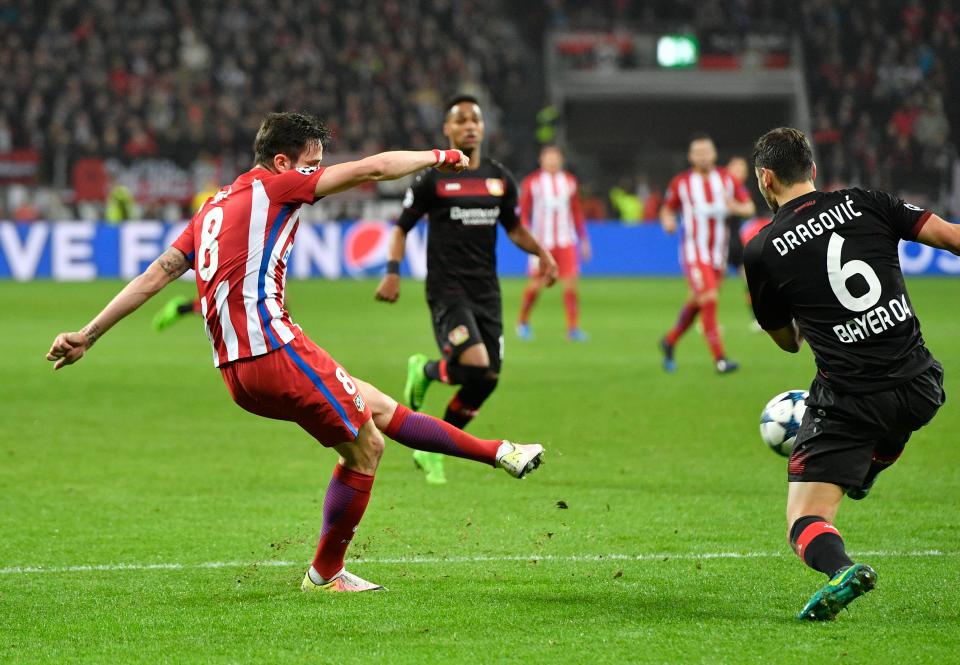 The visitors from Spain secured a crucial 4-2 victory on the road as goals from Saul Niguez, Antoine Griezmann, Kevin Gameiro and Fernando Torres sealed the deal against a resilient Leverkusen.

Atletico ensured a bright start on the road as Saul Niguez broke the deadlock with a curl from the right edge of the box into the far post corner 17 minutes into the game.

Leverkusen were shocked and suffered another setback as Aleksandar Dragovic’s clearance went in the wrong direction allowing Kevin Gameiro to set up the ball for Antoine Griezmann, who slotted home the square pass into the roof of the net eight minutes later.

Diego Simeone’s men remained dangerous and should have added anther goal to their lead but Griezmann failed to overcome onrushing Leverkusen goalkeeper Bernd Leno in a one-on-one in the 34th minute. 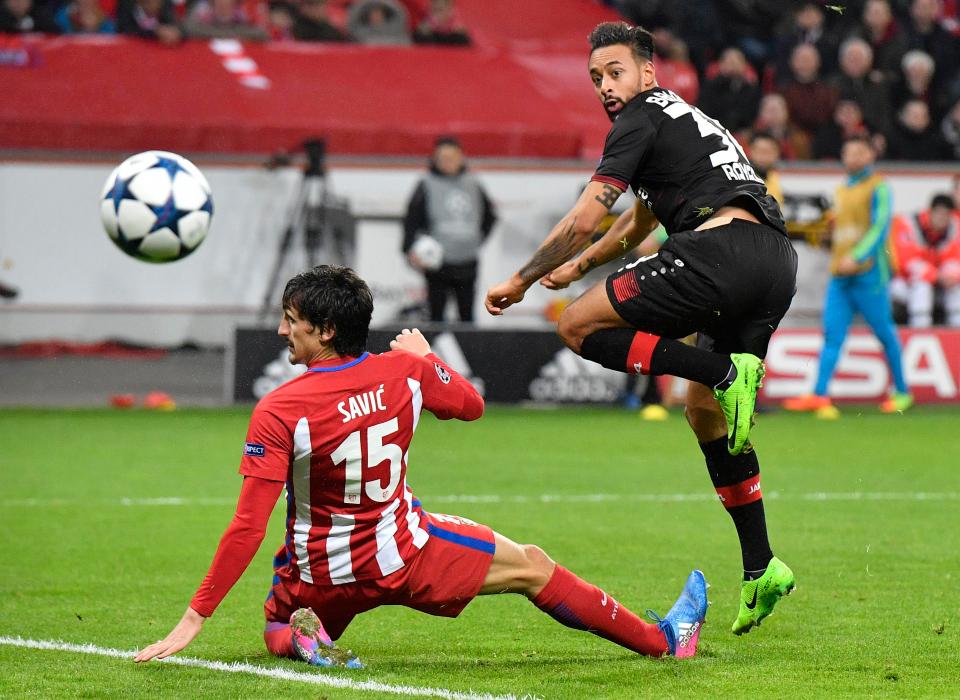 The hosts recovered after the restart and reduced the arrears three minutes into the second half when Karim Bellarabi tapped home a low shot into the far post corner.

Atletico dominated, and were able to restore their two-goal lead after Dragovic fouled Gameiro inside the box to cause a penalty. The striker stepped up and overcame Leno from the spot in the 59th minute. 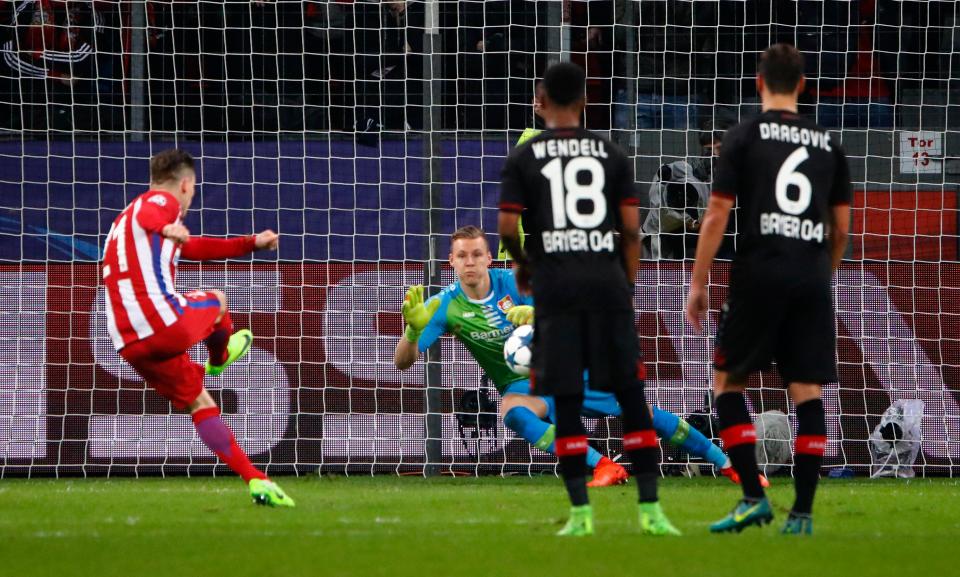 Roger Schmidt’s team kept it bowling and reduced the deficit to one single goal as Stefan Savic deflected Julian Brandt’s low cross into the wrong goal at 68 minutes of play.

Leverkusen pressed frenetically for the equalizer but the Colchoneros extended their lead to put the game beyond doubt as substitute Fernando Torres headed home a cross from Sime Vrsaljk with just four minutes to go until the final whistle. 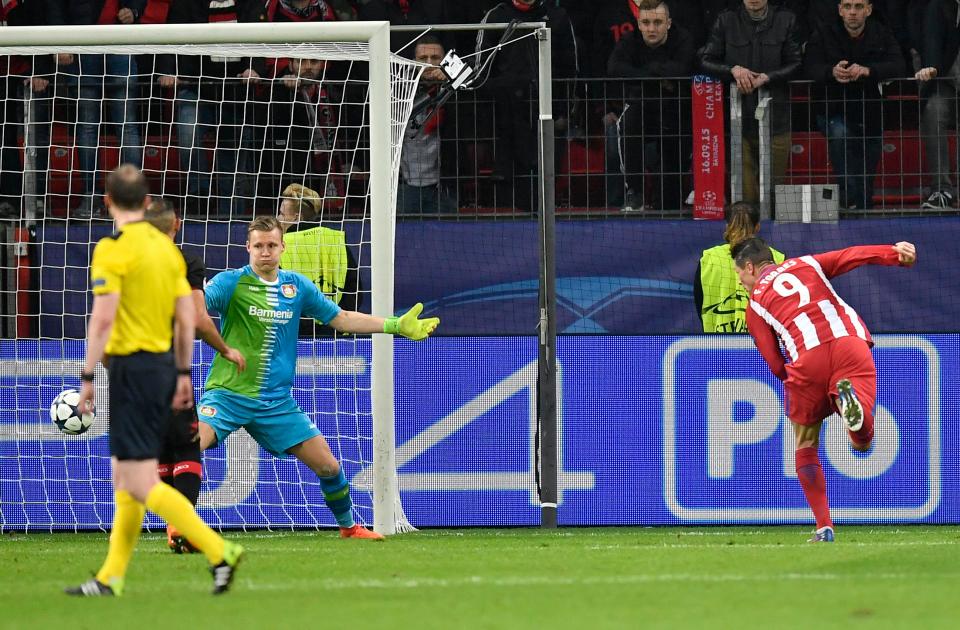 “Leverkusen fought their way back into the game in the second half, but overall it’s a very satisfying evening for us,” Atletico coach Simeone said.

With the result, the Werkself will travel to Madrid trying to overturn a 4-2 loss in the second leg on March 15.