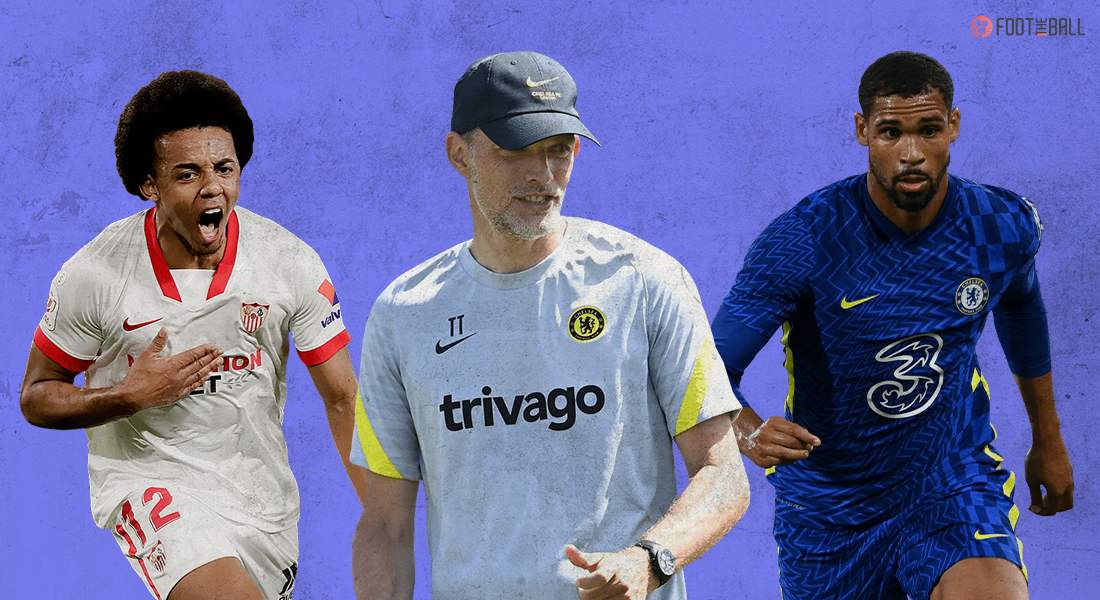 Chelsea finally captured the signature of Atletico Madrid midfielder Saul Niguez in the dying minutes of the deadline day. The Spanish midfielder played 230 games for Los Rojiblancos in La Liga in his entire tenure at the Spanish giants.

A crucial player in Simeone’s eleven, Saul Niguez could bolster Chelsea’s hopes of winning the Premier League. But like two sides of a coin, the Blues lost an opportunity to land Jules Kounde from Sevilla.

The centre-back has been approached by various teams around the world but the French centre-back was close to signing for the Blues. And Kounde’s failed transfer could be marked as fortunate for both the club and players.

But one man’s loss is another man’s gain, with Chelsea losing an opportunity to land Kounde, the youngsters at Stamford Bridge could be presented with several opportunities to represent the club.

Saul’s arrival could mean that players like Ruben Loftus-Cheek are given opportunities by Tuchel in League games and the midfielder could be presented with immense opportunities to learn from quality players like Saul, Jorginho, and Kante.

Jules Koundé and Chelsea deal is considered “more than complicated” by all parties involved. Sevilla have absolutely NO intention to negotiate. It’s release clause or nothing – and Chelsea have not communicated any intention to pay the clause yet. 🔵🚫 #CFC #Sevilla

A CHEEKY OPPORTUNITY FOR RUBEN

Chelsea’s once wonderboy – English midfielder Ruben Loftus-Cheek debuted for the Blues back in 2014. Unfortunately, the world-class talent lost his touch because of several injuries pushing him far behind in the race to the starting eleven at Stamford Bridge.

With Chelsea now completing the signing of Atletico Madrid midfielder Saul Niguez, Loftus-Cheek could earn a few opportunities under Thomas Tuchel. Other than Mason Mount, the Blues lack a midfielder with an attacking mindset. You wouldn’t see Jorginho or Kante constantly darting near the opposition’s goal because of their defensive duties.

And this has forced Thomas Tuchel to play Kai Havertz in midfield alongside Mount with Lukaku or Werner playing as the lone striker.

If Loftus Cheek finds a place in Tuchel’s eleven, Havertz and Lukaku can play alongside each other. Although the Belgian striker would prefer leading the forward line all alone, Havertz can be given a free role, giving Lukaku plenty of options other than dribbling every single time.

While Loftus Cheek and Mason Mount could fabricate defence splitting passes in the middle of the pitch with Reece James and Marcos Alonso on either side.

Heart of a Lion! pic.twitter.com/1E1phlwwyS

Ruben Loftus Cheek could be at the heart of a team’s midfield. A player who loves dribbling the ball, the English midfielder had a dribble success rate of 61.8% during his loan spell at Fulham. He also had an 83.1 passing completion percentage indicating that Loftus Cheek rarely misplaces a pass and is always aware of his surroundings.

With Chelsea not signing a big name midfielder this summer, Loftus-Cheek could play the perfect secondary for Tuchel’s starters. In the League Cup matches, Tuchel can give Loftus Cheek some playing time. And when you have Kante, Saul, and Jorginho in your dressing room you could gain immense knowledge from some of the world’s best.

Thomas Tuchel is aware that he is expected to win every possible club silverware there is. Roman Abramovich’s musical chairs policy with managers is something that the world is aware of and Tuchel would have surely been notified about it.

With a hectic season lying in front of the German tactician, Loftus-Cheek will surely fall in Tuchel’s blueprint of the season. It’ll either be domestic tournaments, or Premier League games where Kante or Jorginho can be rested.

Another player who could be presented with opportunities this summer is Chelsea youth-academy graduate Trevoh Chalobah. The young English defender started his Premier League campaign with a staggering goal against the Eagles at Stamford Bridge.

Imagine fans returning to watch the Premier League after a season and a half, and a centre-back scoring a goal from 30 yards or so away from goal. The tears falling from Chalobah’s eyes after the gaol explained what the strike meant to the 22-year-old defender.

After the Blues conquered Europe last season pundits pondered if Tuchel would figure out a way to replace the ageing Thiago Silva and Cesar Azpilicueta. While Sevilla defender Jules Kounde was seen as a long-term replacement, the talks between the Spanish side and the English side took a  turn for the worse.

With the failed transfer of Kounde troubling Chelsea, Tuchel can start Chalobah as his third centre-back if either Silva or Azpilicueta aren’t available.

Jules Koundé deal between Chelsea and Sevilla is now OFF. No agreement, no intention to negotiate and no clause matches. 🚫❌ #CFC #Sevilla #DeadlineDay

Andreas Christensen and Antonio Rudiger are immovable pillars in Chelsea’s backline and because Tuchel likes playing with three centre-backs, Chalobah could be presented with various op[portunities this summer.

When the Blues were red-carded against Liverpool, Tuchel introduced the youngster in the second half replacing Jorginho in the last minutes of the game. It showed that the German manager trusted Chalobah and might see him as the heir of Silva’s legacy.

The English centre-back scored twice for Lorient in Ligue 1 which is an impressive statistic for a centre-back. He made 63 interceptions, 93 clearances, and 28 blocks in the 29 games he played in France last season.

With the Jules Kounde’s deal off, Trevor Chalobah could bolster Chelsea’s European dreams. And the start against the Eagles suggested that Tuchel would give Chalobah opportunities in the future. The failed transfer of Jules Kounde will surely present opportunities for Chelsea to start players like Chalobah.