Chelsea are set to host Leicester City at Stamford Bridge on Tuesday as both teams are set to put to their best shows in order to qualify for Champions League football next season.

The Blues come into this game after two consecutive 1-0 losses against Arsenal and Leicester City in the Premier League and FA Cup final, respectively.

The performances in both the defeats were not particularly bad by any means, with Chelsea heavily dominating both the shot and possession counts, but the side lacked a touch of creativity and manager Thomas Tuchel will demand a major response from his players against the Foxes as a win could take them into 3rd place.

After their blip against Newcastle, the Foxes have gone onto secure two big wins against Manchester United and Chelsea, with the latter giving them their first ever FA Cup in their history.

Although the players might feel sore-headed after what would have been a celebratory night on Saturday, Brendan Rodgers’ side will have taken confidence from how defensively solid they were against Chelsea at Wembley, and the idea of confirming Champions League football with a win on Tuesday will surely be on their minds.

Apart from academy graduate Andreas Christensen, who is nursing a hamstring issue, Tuchel shall have a large squad at his disposal for this crucial game.

Edouard Mendy is certain to return to the starting line-up after Kepa Arrizabalaga started at Wembley, with Cesar Azpilicueta likely to move back into central defence against Rodgers’ men. 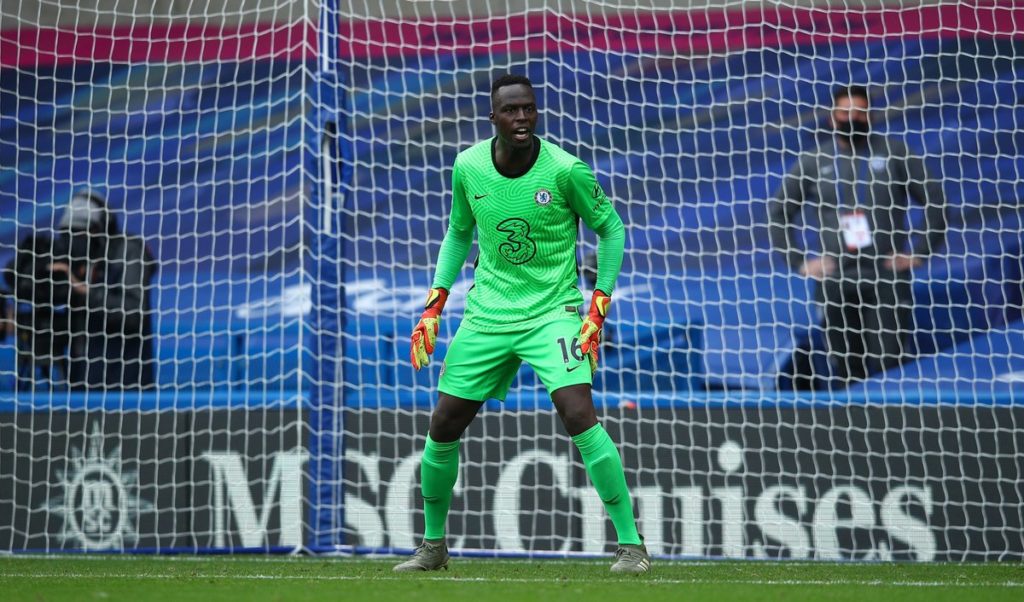 Edouard Mendy is certain to return to the starting line-up on Tuesday. (Image Courtesy: Chelsea / Twitter)

After suffering quite a few injuries throughout the season, Leicester City go into the fixture with a minor blip, with Jonny Evans being substituted 34 minutes into the game on Saturday and is certain to miss out the game in London. 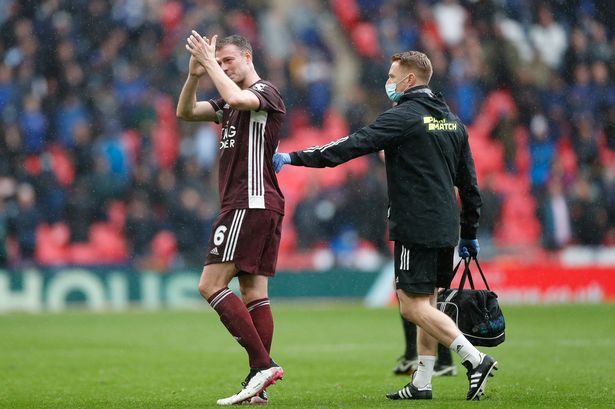 Jonny Evans limping off the field after a recurrence of his previous hamstring issue. (Image Courtesy: BBC / Website)

Also, Harvey Barnes and James Justin are ruled out as they continue to nurse their serious knee injuries.

Mason Mount is still Chelsea’s go-to-man while Havertz and Pulisic will also have to play a key role in creating ruckus in Leicester’s defensive third. After his goal against West Ham in a crunch tie, confidence might be sky high for the German, which only helps the Blues. 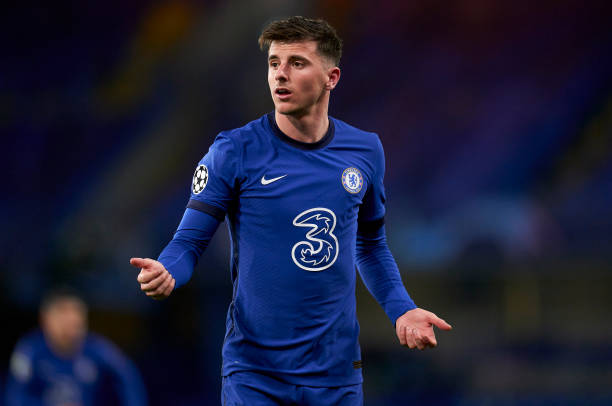 Mason Mount will once again be Chelsea’s go to man on Tuesday as they look to leapfrog Leicester. (Image Courtesy: Chelsea / Twitter)

Off the bench they have plenty of options in Christian Pulisic, Callum Hudson-Odoi, Kai Havertz, Hakim Ziyech and many more and Tuchel will hope that they can make a difference when called upon.

Although Youri Tielemans had been the star in the final held on Saturday, the most inform player for Leicester in the recent weeks has been Kelechi Iheanacho and Rodgers will hope that the Nigerian will give the required breakthroughs for the Foxes in Tuesday’s crunch game.

No player scored more goals in this season’s #FACup than Kelechi Ịheanachọ [4].

Played a vital role in the run. 🇳🇬 pic.twitter.com/wbobEdy8MT

Also, fans will hope that Jamie Vardy steps up on Tuesday as the Englishman is going through a rough patch in recent times.

Rodgers will try and set up to attack in many ways because, to score against Chelsea is a very difficult task and there aren’t many spaces for penetration.

Chelsea will obviously look to bank on their defence, but the most important factor will be that of taking revenge after the final, hence, FootTheBall says, Chelsea 2-1 Leicester City.