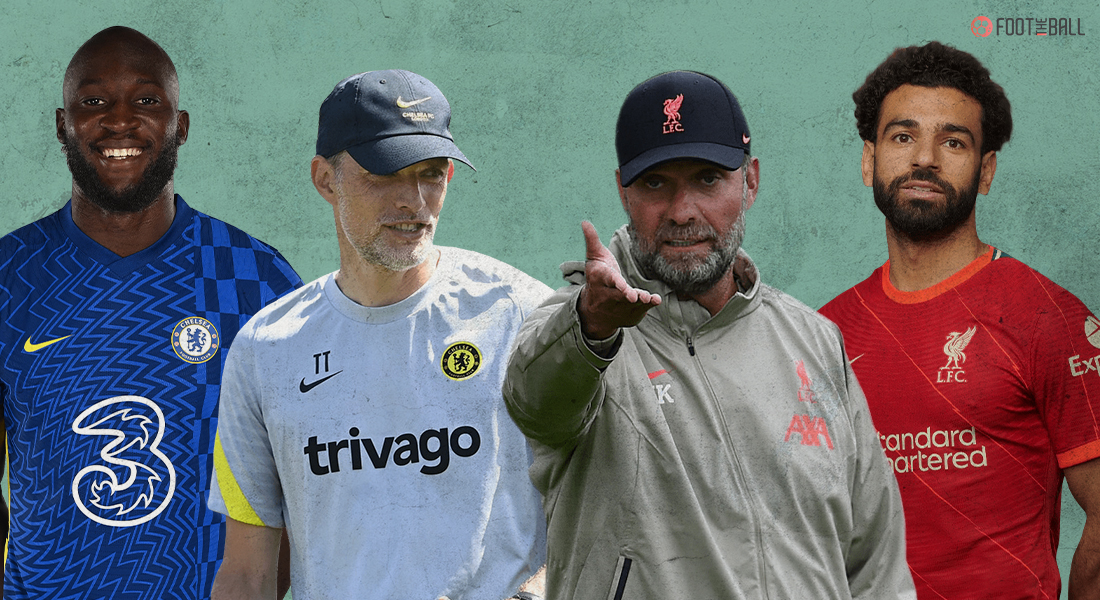 Undoubtedly one of the biggest contests in the Premier League’s calendar, the encounter between Chelsea and Liverpool could pave the way for a feisty English campaign. Thomas Tuchel’s European champions will face a dangerous Reds outfit with Klopp’s men looking to capture the Premier League once again. Chelsea and Liverpool are yet to lose a game in England so far as the two squads look to spoil each other’s parties.

Next up for the Reds: @ChelseaFC at Anfield 👊🔴#LIVCHE pic.twitter.com/nsPya9H1NF

The previous two encounters between the team have ended with each winning once. A Sadio Mane brace last season thrashed Chelsea’s aspirations whereas golden boy Mason Mount’s winner levelled the scores in the return fixture.

Who else can’t wait for matchday on Saturday? 🙌 pic.twitter.com/qJwo8B1PX8

The return in form of Klopp’s forward battery was evident in the game against Norwich and Burnley. Scoring 5 goals in their opening two games, Mane and Salah have returned to goal-scoring form with Portuguese striker Diogo Jota also chipping in with a strike.

The German manager shrewdly used Roberto Firmino in the second half against Norwich as the Brazilian created a galaxy of opportunities for the Reds. Joel Matip and Van Dijk’s return to the fold after injury-stricken 2020-21 seasons have also given assurance to Liverpool’s defensive structure.

The situation at Chelsea is similar to the situation at Liverpool. Summer signing Romelu Lukaku proved his worth in the North London Derby slamming Arsenal’s hopes for a win. Whereas the defensive line also looked quite disciplined in the opening games.

Tuchel’s men entered the Premier League with a winning momentum from last season and have carried it on and are proving to be serious challengers for the Premier League trophy. Although when Chelsea and Liverpool face each other Tuchel would want his strikers to turn up a notch and not give any breathing space to Liverpool’s world-class defenders.

With just two games into the season, Liverpool is free of any injury concerns, something that bothered them last season. Klopp wouldn’t want to change a winning eleven when he faces his German counterpart. Other than Fabinho’s absence due to personal reasons, Klopp has a full squad when he faces Chelsea. Andy Robertson continues to be ruled out following a pre-season injury.

'The team has looked good and sharp, with everyone trying to push each other.' 👊

Chelsea just like Liverpool won’t have many absentees in their encounter at Anfield. Thomas Tuchel will have a fit eleven and would have to make some tough decisions considering the quality present in his eleven.

The Egyptian King established another record in the very first encounter in the Premier League. Salah became the first player to score an opening day goal for the 5th successive time with his glorious strike against Norwich. And when the Reds host the Blues on Saturday, spectators at Anfield would expect another magnificent outing for Salah and company. The 29-year-old could cause immense damage to Thomas Tuchel’s defence with his goal-scoring capabilities.

Salah’s electrifying gallops on the flanks can trouble the likes of Alonso and Rudiger who would have to deal with him throughout the night. The forward has found his lost touch once again and when partnered with Sadio Mane and Roberto Firmino, the trio turn into a deadly combination. If the Reds emerge victorious against the European champions they can stamp their authority throughout England as early as Gameweek 3.

Returning to boyhood club Chelsea after almost a decade, Belgian striker Romelu Lukaku bullied the Gunners in a convincing 2-0 victory for the Blues. Using his muscular strength and excellent abilities Lukaku ran riot in the North London derby combining quite well with right-back Reece James. Although Liverpool is bolstered by Virgil Van Dijk’s presence in their back-line one player who could bother the Dutch centre-back is Lukaku.

Voted Serie-A’s MVP last year Lukaku would want to replicate his Emirates’ heroics on Saturday. Chelsea and Liverpool have a history of goalscorers turning the game around and Lukaku would be excited to join the prestigious catalogue. The Belgian has the trust of the fans and Thomas Tuchel and could start over Timo Werner throughout the campaign.

Both the teams have had a magnificent start to their Premier League cmapign. The strikers have smashed goals and defenses have done their jobs for both German managers. But Chelsea could narrowly edge out Liverpool on Saturday with Tuchel having etsablished a chemistry in his eleven. FootTheBall predicts Chelsea 2-1 Liverpool.