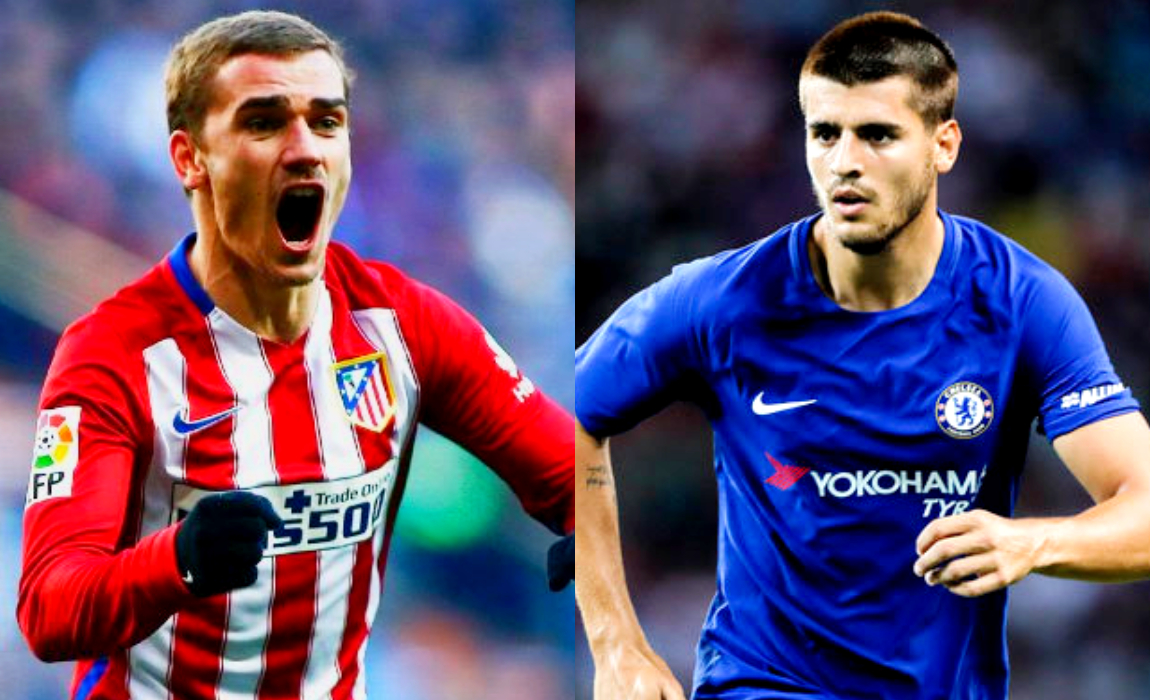 Atletico Madrid entertain Chelsea in their new Wanda Metropolitan stadium in what looks as if it will be a close fought battle on Wednesday night. 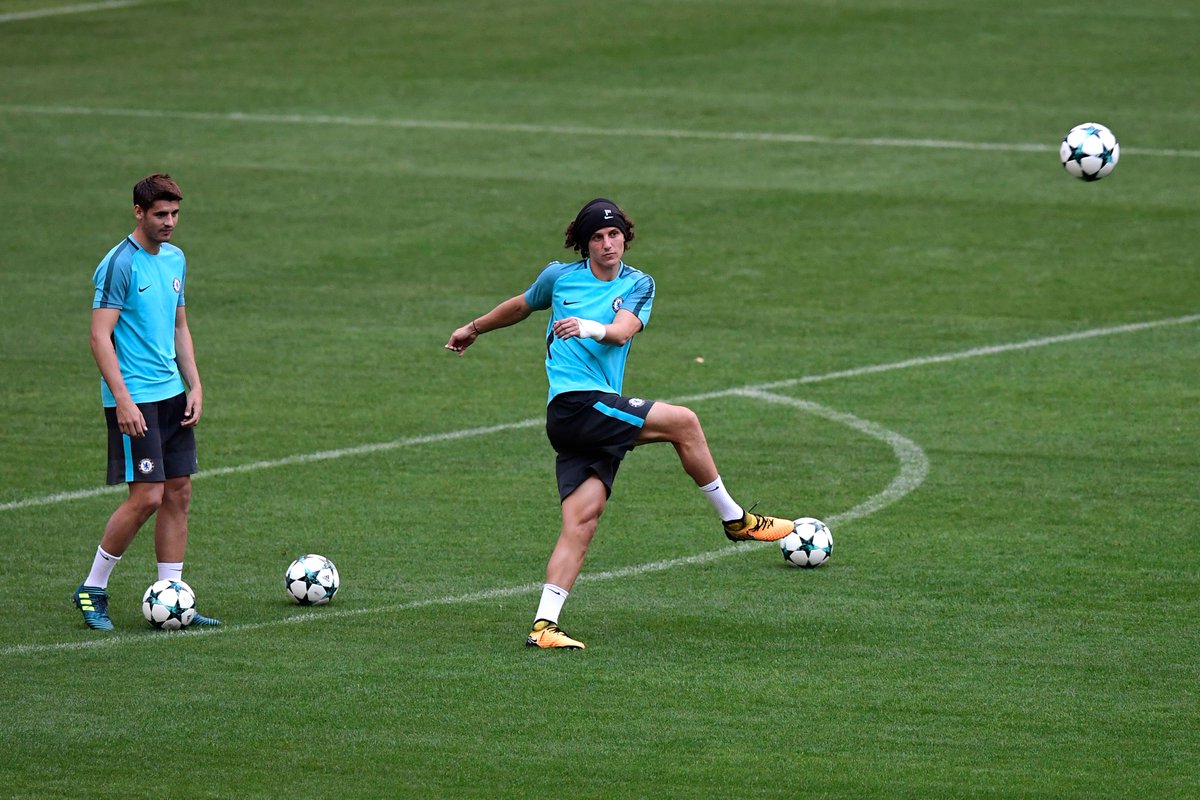 The English champions travel after an easy 6-0 win over Qarabag in their opening group game, while Atletico drew 0-0 away to Roma after a game in which they missed several chances. 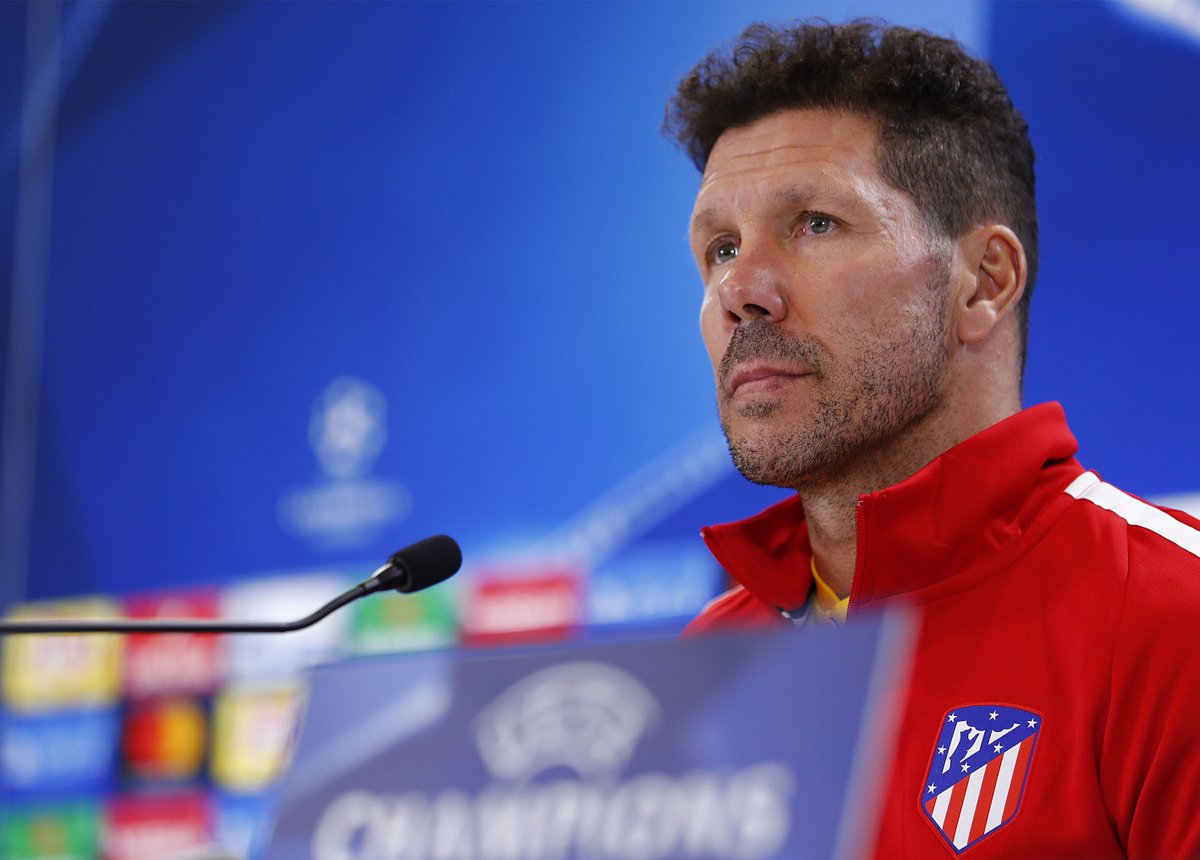 Diego Simeon at a press conference

Atletico coach Diego Simeone rested several players for the weekend win over Sevilla and we can expect to see Diego Godin and perhaps Jose Gimenez back in defense and Thomas Partey in midfield, although there is a doubt who will partner the in-form Antoine Griezmann, with Fernando Torres in with a chance of facing one of his former clubs. 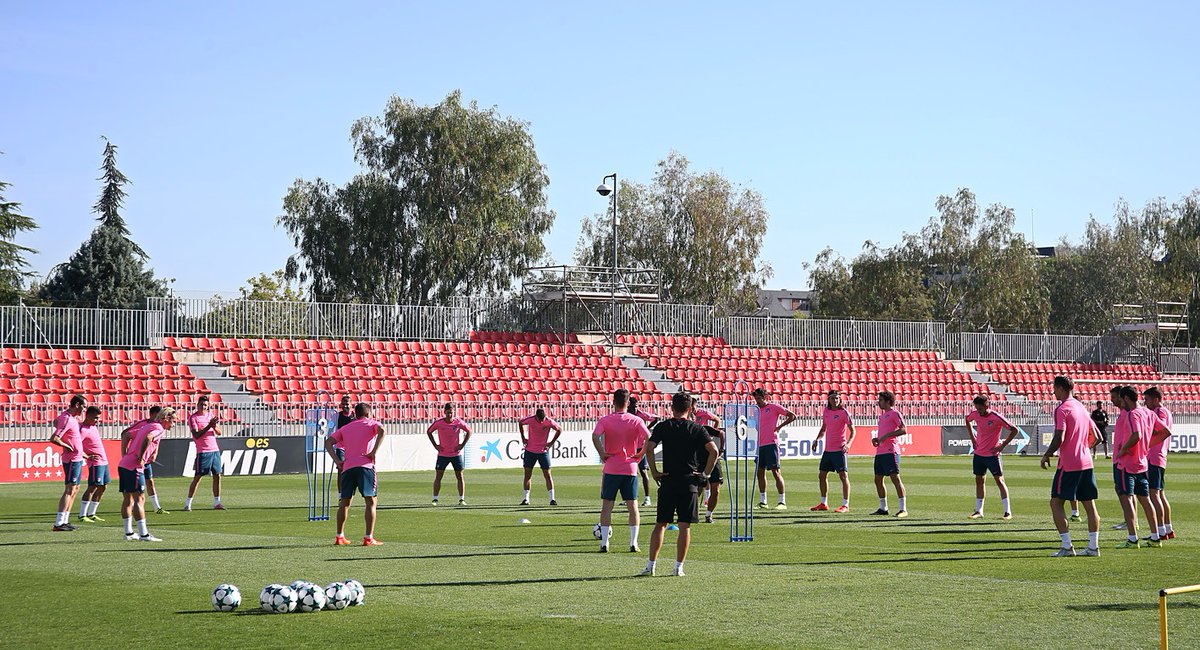 Former Real Madrid striker Alvaro Morata will lead the Chelsea attack and the Spain international has settled well into life in the Premier League since his move over the summer.

Morata scored a hat-trick last weekend in Chelsea’s 4-0 win over Stoke City and will no doubt be keen to show Real Madrid they made an error in letting him leave. 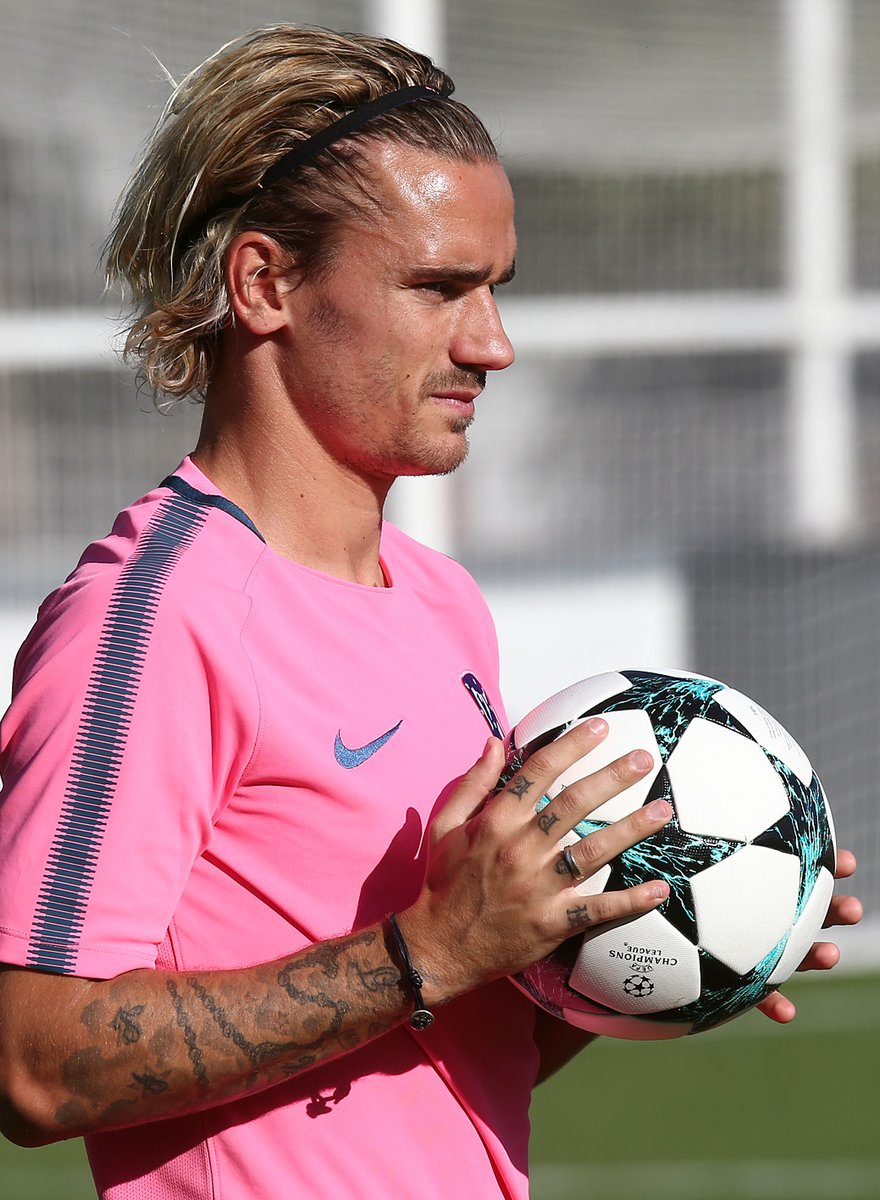 Wednesday also sees FC Barcelona look to continue their 100 percent start to the campaign when they travel to play Sporting Lisbon. 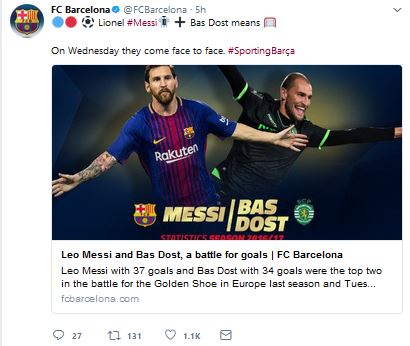 Barca will play against Sporting on Wednesday

Former Barcelona defender Jeremy Mathieu will face his former team-mates just days after an interview in which he strongly criticized Barca President, Josep Maria Bartomeu and Sporting Director, Robert Fernandez, arguing that he was not the only player responsible for Barca’s disappointments last season.

On the pitch Barca boss Ernesto Valverde will bring Sergio Busquets, Nelson Semedo and Gerard Pique back into his starting 11 and could be tempted to play a four-man midfield with Andres Iniesta given more freedom of movement behind Leo Messi and Luis Suarez.

So far Valverde’s tactical changes have worked out well for Barca and a win in Lisbon would help fast-track Barca’s qualification for the last 16.