THE MOST VALUABLE GEMS 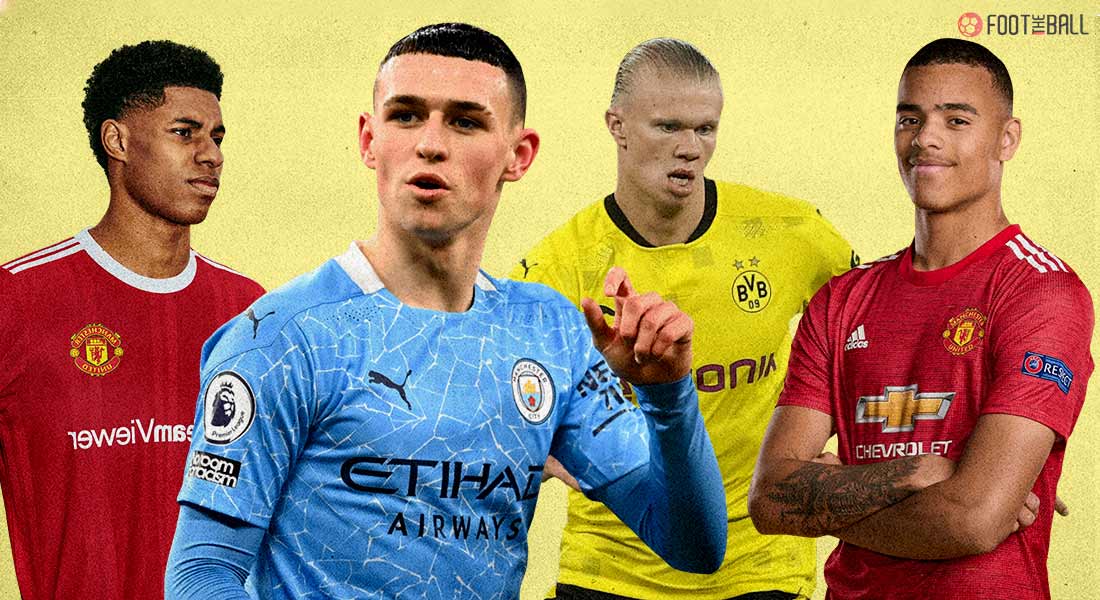 English players have dominated the list of most valuable players in the world according to the popular organization CIES observatory. Phil Foden of Manchester City is the most valuable player in the world with a staggering worth of £163.4 million. He is closely followed by the Manchester United duo of Mason Greenwood and Marcus Rashford. Another English player in Mason Mount was valued at 10th position to finish the list.

Incredibly honoured to win the @PFA Young Player of the Year award. There have been so many great young talents this year so it's a very special moment. Thanks to everyone for your support, especially the staff at @ManCity & my teammates as without you it wouldn't be possible 💙 pic.twitter.com/Chay8sRvon

CIES considers a host of parameters before releasing their ranking. The parameters are Age, Contract duration, Performance on the pitch, Economic impact, Inflation, Progression of the career and International status. Each and every parameter is important in its own right. The age of the player determines his long time viability. Contract duration always plays a key role in evaluating their value to their current club. However, performances on the pitch can have a say on other aspects like economic impact and international status.

These factors can be used to explain any players inclusions and notable exclusions.

THE ENGLISHMEN TAKE THE PODIUM

England has been producing top-class youngsters for many years. With the global expansion of the Premier League, they are becoming symbols of the game going forward. Young players are helping their team win top honours and are already becoming undroppable members. Manchester trio of Foden, Greenwood and Rashford took the podium in the CIES list.

Your August Player of the Month is: @MasonGreenwood! 👏#MUFC pic.twitter.com/ojxdFavQx2

Phil Foden’s rise to the top was a gradual process. Although he had incredible talent, he had to break through a world-class midfield at Manchester City. He believed he could win over Pep Guardiola with his skill and discipline. Foden was given his first big chance after Project Restart in 2020 and took it with open arms.

The youngster had the impeccable technique and convinced the club he was worthy of being David Silva’s heir. With goals and assists in crucial games, he is a key member of Pep’s XI. Foden even broke through the English national team and played a key role in their run to the finals at the Euros.

Mason Greenwood is Foden’s best friend but a rival on the other side of Manchester. Greenwood is already a deadly striker and he won’t turn 20 till October. He broke many teenage scoring records and is chasing club legend George Best’s tally of 37 goals. Having committed his long term future to Manchester United he looks set at the club. With Cristiano Ronaldo returning to Old Trafford, he can teach Greenwood how to be the best in the world.

Greenwood’s teammate Rashford has been a regular first-teamer for many years. Rashford is not only a talented footballer but also a wonderful human being. His work towards eradicating food poverty during the pandemic was highly regarded. Rashford is nursing his way back from a shoulder injury and looks to hit the ground running.

Mason Mount, Chelsea’s own heir to Frank Lampard is regarded as the 10th most valuable player on the list.

THE BEST OF THE REST

Borussia Dortmund’s Erling Haaland finished fourth in the list. The Norwegian striker is tipped to the next biggest thing in football. He has the predatory instincts of a veteran striker and the physical strength next to none. If he can secure a move to Europe’s elite, he can be in the conversation for big prizes. Alphonso Davies accompanies Haaland from the Bundesliga in the eighth position. The Canadian international made the list despite an injury-plagued last season.

It's a great honour for me to receive this award. Thanks to my teammates and all those who love and support me. You all contributed to it! Now… it's time to go again! 💪🏻❤️ pic.twitter.com/68yxH4F9aB

United’s Bruno Fernandes rounds the top five after another world-class season in red. The playmaker has been in sublime form and started the season with a hat-trick against Leeds United. He is now a tangible success away from being in contention for Ballon d’Or in the near future.

Barcelona pair Frenkie de Jong and Pedri occupy sixth and seventh positions. De Jong has grown into a world-class midfielder at Camp Nou and is set to replace Sergio Busquets ably when he decides to hang up his boots. Pedri meanwhile has just had a breakthrough season most would only dream of. The youngster holds the record for playing most games in a season and played a key role in most of them. His future looks bright with the club and national team.

Joao Felix from La Liga sits ninth in the standings. The Portuguese international has been hot and cold for club and country but manages to be on the list owing to his potential and ability. A proper goal-scoring season might see him propel forward in the rankings.

Kylian Mbappe is perhaps the biggest omission from the top ten. The French forward despite his form is missing from the list due to his tough contract situation. With his contract running out this summer, his future is up in the air. A tug of war between PSG and Real Madrid would grab headlines in the next transfer window.

Liverpool’s Trent Alexander Arnold also dropped out of the top ten due to a sub-par season. The highly influential right-back had an inconsistent first half of the season previously and his value took a hit.

Very proud to receive this award! Would like to thank all of those that stand beside me, specially my teammates and family! Looking forward for what’s coming! 👊🏼🔵⚪️ pic.twitter.com/UFN65ShN4w

Manchester City’s Ruben Dias failed to make the top 10 but is the highest-ranked defender on the list. Another season of similar consistency might help the Portuguese centre-back to break into the top ten.