Dane on the move?

Inter Milan CEO Giuseppe Marotta has given the green light for Christian Eriksen’s departure in the January transfer window.

The former Tottenham midfielder has struggled to make an influence ever since his switch to the San Siro. He made the switch to the Italian giants in the previous January transfer window and has since managed just 4 goals and 3 assists in his 38 appearances.

Marotta yesterday confirmed that the Danish International will be available in the coming window and this has put the European giants on alert.

Speaking to Sky Italia, Marotta said, “Eriksen is on the transferable list,”

“He has struggled to settle into the squad, he is not functional to the squad. That’s just an objective fact.

“That is not any insult towards his professionalism, there is no punishment, it’s just a situation that has developed and it’s only fair to give him the chance to go where he can play more regularly.”

According to sources interest is rife from the Premier League and the I Nerazzurri value the 28 year old in the region of €28m. 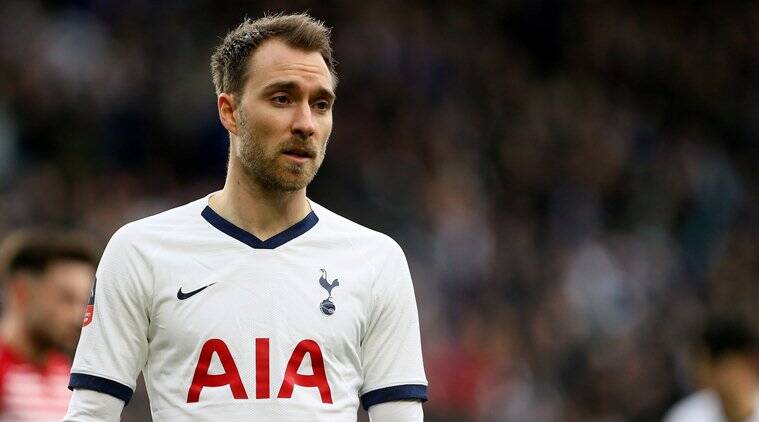 With Arsenal in relegation battle according to Sam Allardyce, the news of Christian Eriksen would be a huge boost for them, who are in great need of bolstering their squad in the upcoming January transfer window.

The Denmark international left Spurs a year ago in a bid to prove is mettle in a different league but has struggled to have any kind of influence so far.

With Mesut Ozil out in cold at Arsenal, it would not come as a surprise if Arsenal landed Eriksen in January who are in dire need of a central-attacking midfielder.

Eriksen could join his former coach Pochettino at PSG. Inter also want Paredes, so there could be a potential a swap. It’s a deal that can makes sense for both sides.
-via TuttoMercatoWeb#PSG #InterMilan pic.twitter.com/uZ0LmwqfRQ

Considering the Denmark International’s age he would certainly be a far cheaper option, especially when taking into consideration the formers Spurs man’s age.

Christian Eriksen has surely not had the best of times at San Siro and earlier this month he made clear of his frustrations.

“This is not what I dreamed of. I think all football players want to play as much as possible. It is never fun to sit on the bench, but the coach decides who plays.

“It is a special situation, people want to see me play and I also want to play. However, the coach has different ideas and I have to respect that as a player.

“Obviously, mentally it is hard because I am not accustomed to sit on the bench, but now I have had to get used to it.

“Right now things aren’t going well for Inter, but before, when I wasn’t playing a lot, the team won a lot.”

“I am concentrating on my football, then when the transfer window opens we will see if something will happen or not.”

Recently, journalist Fabrizio Romano in his podcast ‘Here We Go’, mentioned that, “He has been offered to Arsenal, but we always said that he’s not the first choice for Arsenal.

“So, let’s see what Arsenal will do for their first choice – if it will be [Houssem] Aouar or another player – but at the moment, Eriksen is not the first one.”

“He has struggled to settle into the squad, he is not functional to the squad. That’s just an objective fact.”