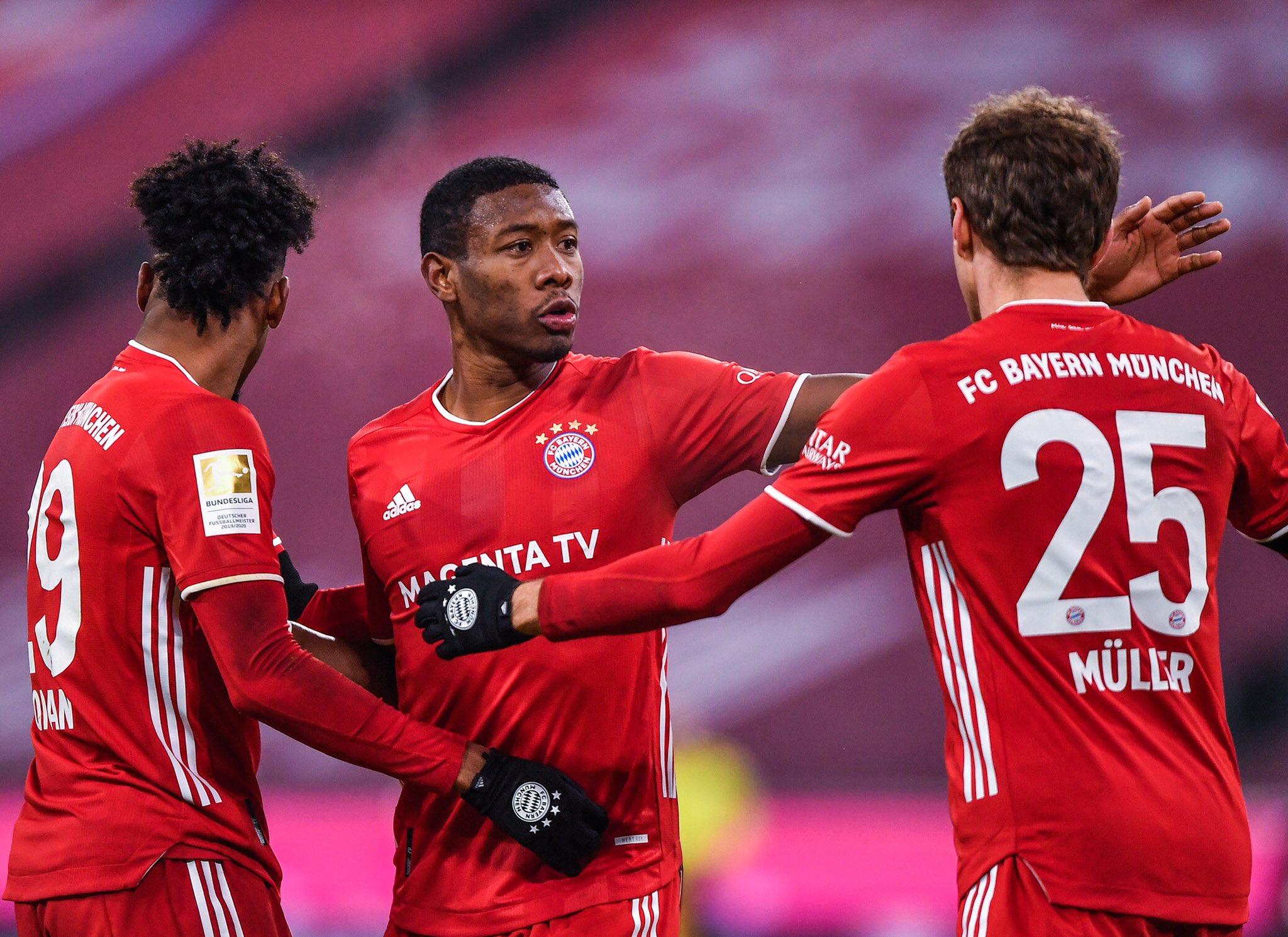 According to numerous reports, versatile defender David Alaba is close to joining Real Madrid as his Bayern Munich contract nears its expiry.

The Austrian has since been linked with several elite clubs across Europe, although Real Madrid remain the frontrunners to land his signature. Marca reports that Los Blancos want to bring the 2 time UCL winner to Santiago Bernabeu as soon as possible.

Alaba’s contract with the defending European champions expires at the end of the current season. Ongoing talks between the player and club officials regarding a contract extension broke down and things have not improved since. With the January transfer window well under way, the Austrian is permitted to negotiate a free transfer with any club outside Germany.

Bayern Munich chief Herbert Hainer had revealed last year on David Alaba that, they offered very decent terms to the defender but the club did not receive any active response from the player or player’s representatives until the deadline, to which the board decided to withdraw the proposal and move on.

Karl-Heinz Rummenigge said before Boxing Day that the door remained open for David Alaba to sign a new deal, and unsurprisingly, Bayern coach Hansi Flick also thinks that the Austrian should put pen to new terms.

“He is very important to us, on and off the pitch,” Flick said on Sky Germany. “He is very popular and supports young players.

However, board member Oliver Kahn has said the player has decided his next move already and has not looked back since.

“We rolled out the red carpet for David Alaba and went to our limits,” Kahn told SportBild. “David and especially his advisor Pini Zahavi did not walk this red carpet.”

According to a report from Goal.com, Real Madrid’s attempts to land Bayern Munich contract rebel David Alaba have hit a roadblock over the versatile defender’s wage demands.

The 13 time UCL winners are in need of freshening things up in the defensive department as club captain and icon Sergio Ramos enters the final few months of his contract. Furthermore, Marcelo has also regressed over the past year or so, and soon will need to be replaced in the first-team.

Liverpool are among the five clubs that have contacted David Alaba agent to sign him next summer. 🔴 #lfc

…but Real Madrid are leading the race, they’re pushing to sign Alaba and David dreams of playing for Real Madrid. And talks with Real are progressing, as said yesterday. https://t.co/LITUivZexn

So, signing someone like Alaba, who can play at both centre-back as well as left-back, on a free transfer would be quite the jackpot for Real Madrid. And, it looked like a transfer was all but materialised between the two parties.

In fact, footballer-turned-columnist Jan Aage Fjortoft stated on Monday that Alaba’s move to the Spanish capital outfit was as good as a ‘done deal’. However, it seems like things are not as advanced as they are being reported, with the 28-year-old’s salary demands proving to be a major stumbling block.

As per the previously mentioned report, Alaba is interested in securing a transfer to Spain and Real Madrid too, are keen to push through a deal. However, the La Liga champions have been told that they will need to put together a salary package worth a mammoth €13 million per season.

Sergio Ramos dedicated his selection in FIFA’s World XI for 2020 to COVID-19 victims around the world recently.

The Real Madrid skipper is in his final few months of his contract at the Bernabeu, with his contract set to expire in June this year. Although contract extension talks have been ongoing, no concrete conclusion has been reached.

Moreover, the club have struggled at the back in his absence, with Raphael Varane unable to lead the defence. Keeping these several aspects in mind, Los Blancos signing of Bayern Munich defender David Alaba would prove to be a major coup.

Alaba’s versatile gameplay allows him to occupy the left defensive flank, while he could also chip in at central defence. His ability to play in multiple positions have convinced the Bernabeu outfit to go all-out on his transfer.

The Bernabeu faithful believe Alaba could well challenge Varane and Ramos for a place in the starting line up. Real Madrid also expect him to fill in Ramos’ boots if the Spanish legend hangs up his boots in the next couple of seasons.

The report also details Los Blancos’ offer for Alaba. The 28-year-old will pocket €10 million annually, with a four-year deal in place. Real Madrid are well aware of the fact that several top clubs are attempting to get his signature, but the club also believe they are positioned well in the negotiations.

No Alaba for Barcelona

According to a report from Marca, FC Barcelona had pulled out of the running for Bayern Munich defender David Alaba.

The Spanish outlet suggested that, Alaba’s agent met with FC Barcelona, but the Catalan club were left searching their pockets because of the player’s financial demands. It also further stated that, the financially crippled simply could not match Real Madrid’s offer:

“We rolled out the red carpet for David Alaba and went to our limits,”.

“David and especially his advisor Pini Zahavi did not walk this red carpet.”