Defending champions Guangzhou Evergrande struggled hard at home to beat Shanghai SIPG 3-2 in the third round of the Chinese Super League (CSL) season 2017 on Saturday.

Yu Hanchao broke the ice in the 11th minute after receiving Ricardo Goulart’s pass from the right side.

Elkeson de Oliveira Cardoso pulled one back in the 53rd minute through a flying header. Givanildo Hulk took over Elkeson’s fire and made the equalizer in the 69th minute. The 30-year-old almost turned the table in the 74th minute, but his powerful shot was denied by the post.

Yu became the savior of his team again in the struggling moment. In the 77th minute, Yu created a penalty kick chance for Evergrande, and Goulart made it 3-2. 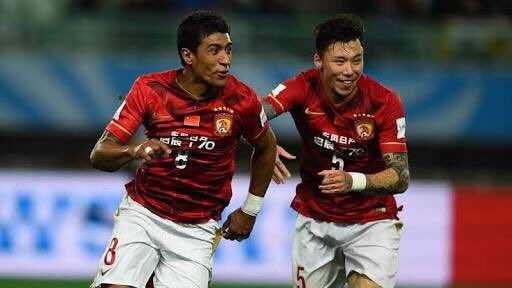 In Yanji, Jilin province, Yanbian Fude lost to Guangzhou R&F 0-1, continuing the embarrassing records of no win and no goal in the season.

Yanbian set a 4-3-3 formation, aiming a victory, but the visitors made clearances again and again in the first half, and their non-Chinese strikers could create scoring chances in counterattacks. 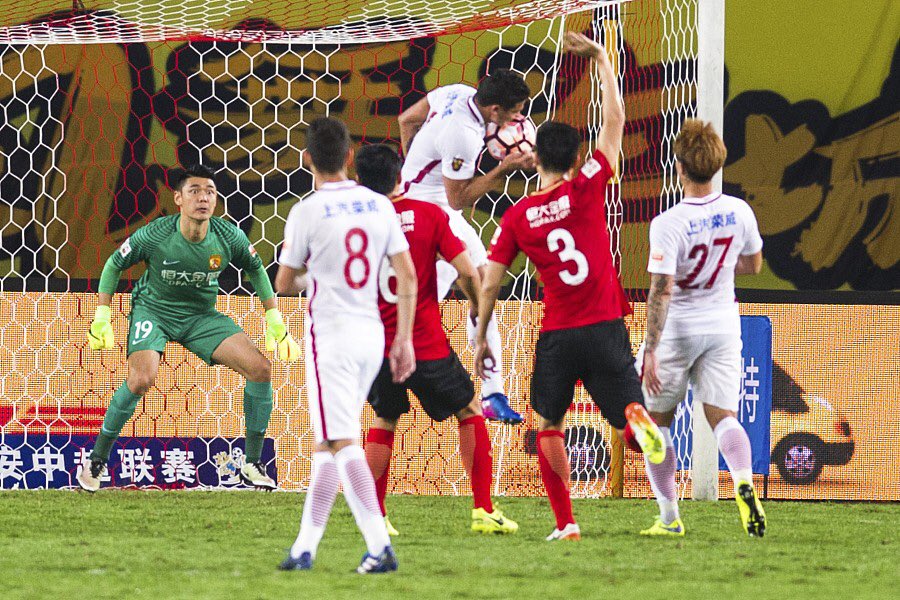 Eran Zahavi contributed the only goal of the game in the 73rd minute after receiving Tang Miao’s long pass. With Zahavi’s help, R&F became the bellwether of the League in the standings with three wins.