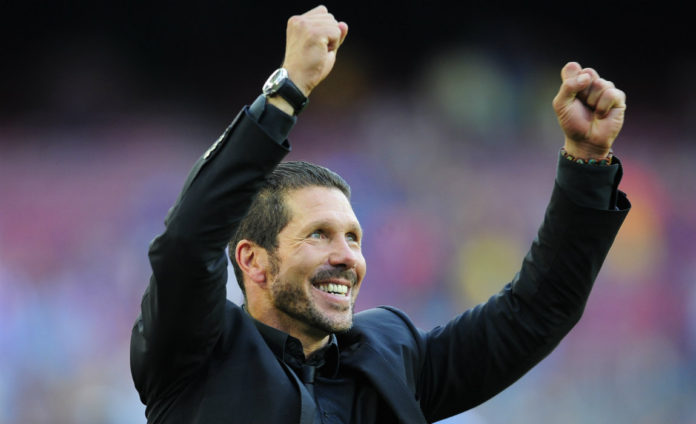 Atletico Madrid manager Diego Simeone will leave the club in 2018 if reports in Italy and Spain are to be believed.

The former Lazio player had signed a new contract in March last year, but it is now widely expected that he has made up his mind to leave the club two years before his contract expires.

Simeone’s relations strained with the Atletico’s heirarchy, after he stated that he was unsure about his future at the club in the aftermath of Atleti’s second Champions League final defeat to arch-rival Real Madrid in three years.

FTB has also been told that the club management are aware of Simeone’s plan and they are willing to let the fan-favorite boss leave.

Simeone has since stated that he is willing to stay at the Vicente Calderon, but the Argentine national has secretly made up his mind to leave.

The rumours will also provide a huge boost to Manchester United’s pursuit of Antonio Griezmann. Griezmann is a top target for the Red Devils but the French international recently signed a new contract with the Madrid club.

Griezmann also spoke about his future recently, stating that the only way he would leave the club was if Simeone was to depart.

“PSG are not my goal at the moment. I’m happy in Spain,” the former Real Sociedad ace added.