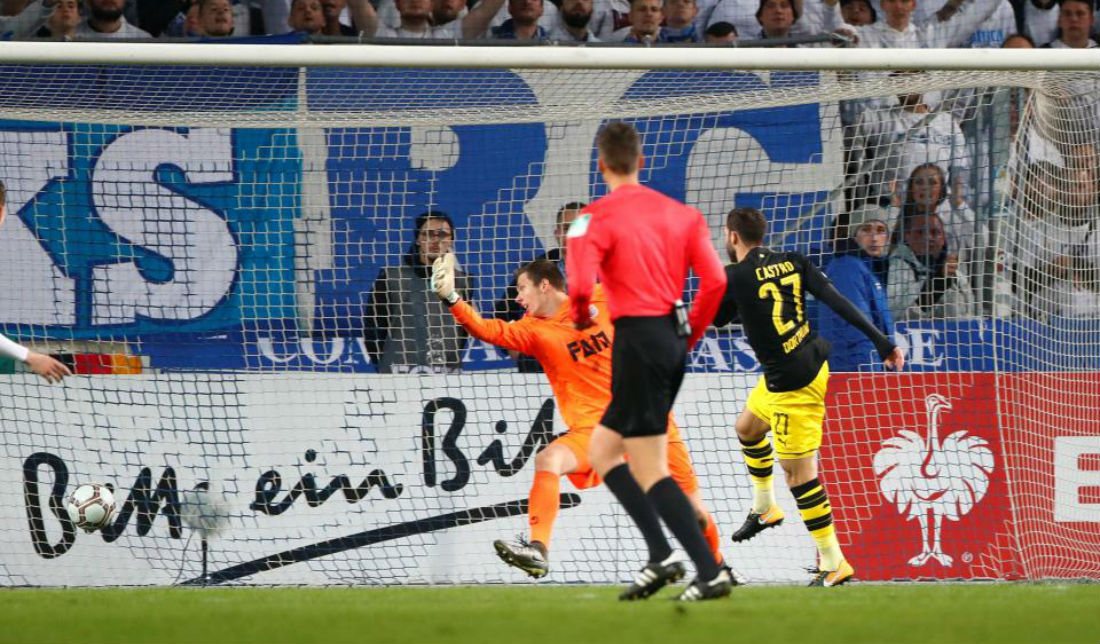 Bayer Leverkusen overcame Union Berlin 4-1 thanks to three second-half goals while titleholders Borussia Dortmund edged Magdeburg 4-0 to book the last 16 following the 2nd round in the German Cup on Tuesday.

The “Werkself” gained the upper hand against second division side Union Berlin from the kick off and missed the chance to open the scoring with nine minutes played when Admir Mehmedi pulled wide from 15 meters.

Bayer Leverkusen remained in control of the proceedings yet the hosts had to wait until the 36th minute before their efforts paid off as Julian Brandt danced through Berlin’s defense to slot home the opener from 13 meters. 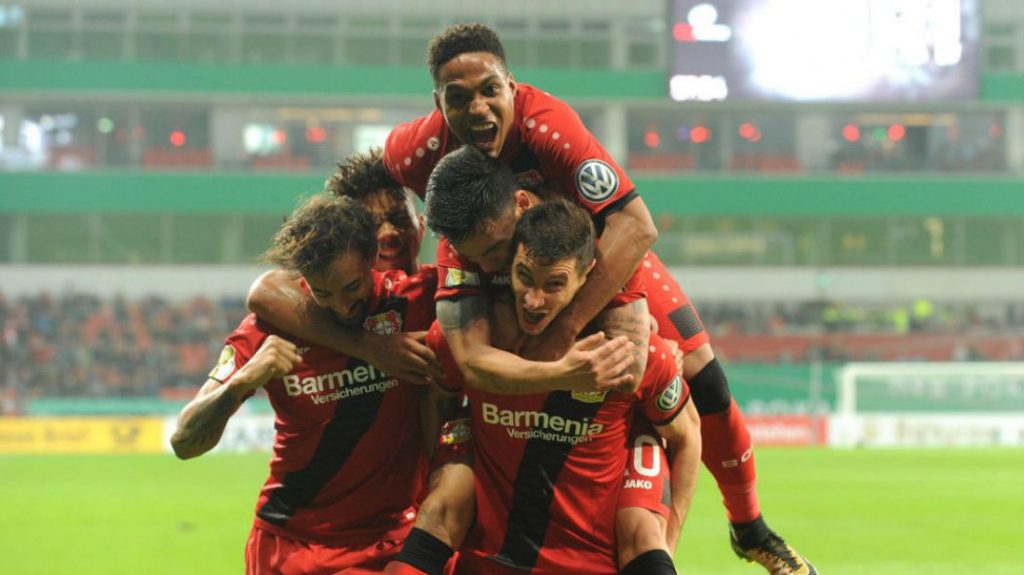 Union Berlin remained harmless and had to thank their goalkeeper Daniel Mesenhoeler, who denied the promising chances from Mehmedi and Karim Bellarabi before the break.

However, things changed after the restart as Union Berlin levelled the scores out of the blue when Dennis Daube restored parity with a low shot into the bottom left in the 46th minute. 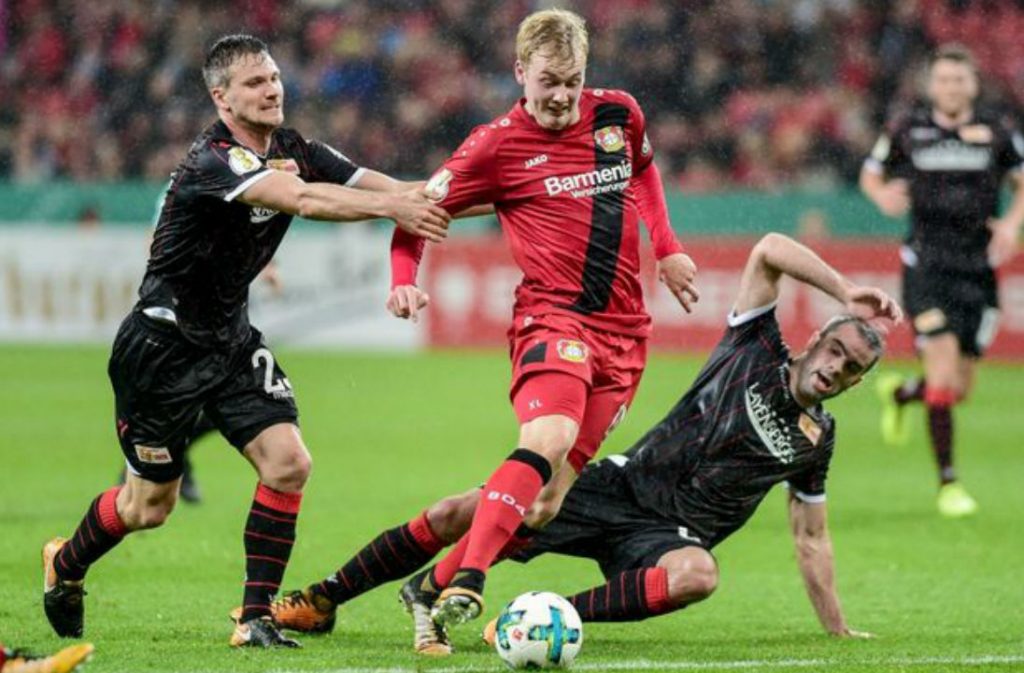 The hosts were shocked but they regrouped and grabged the 2-1 lead through Lucas Alario, who headed home into the top left corner with 59 minutes into the match.

Both sides continued offensively minded and exchanged chances at both ends of the pitch. Nevertheless, it were the hosts who hit the target twice in the closing period.

Wendell converted a foul play penalty before Charles Aranguiz unleashed a free kick hammer to round off the 4-1 victory over Union Berlin.

Borussia Dortmund stay on the road for their title defense after wrapping a 5-0 victory over lower league side Magdeburg. 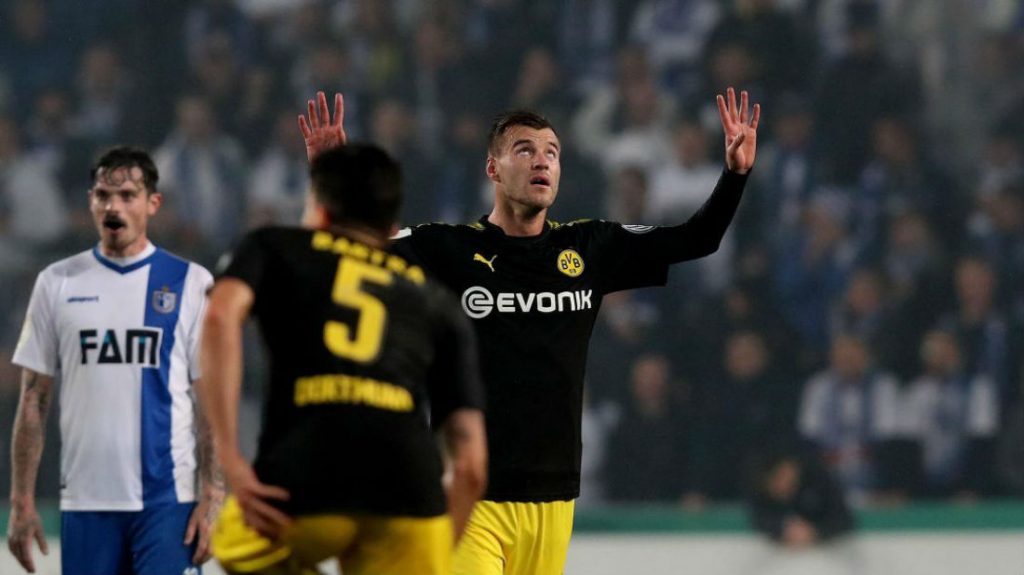 The “BVB” dominated the first half but it took the titleholders 42 minutes before Gonzalo Castro capitalized on Alexander Isak’s header to break the deadlock against resilient Magdeburg.

The visitors conserved their momentum until the restart and doubled the lead in the 47th minute as Isak finished off a coast-to-coast attack after slotting home from eight meters.

Magdeburg focused on their defense and were able to keep the powerful visitors on the distance. However, the hosts were hapless in the 74th minute when Andrey Yarmolenko converted a handball penalty to mark the 3-0 lead. 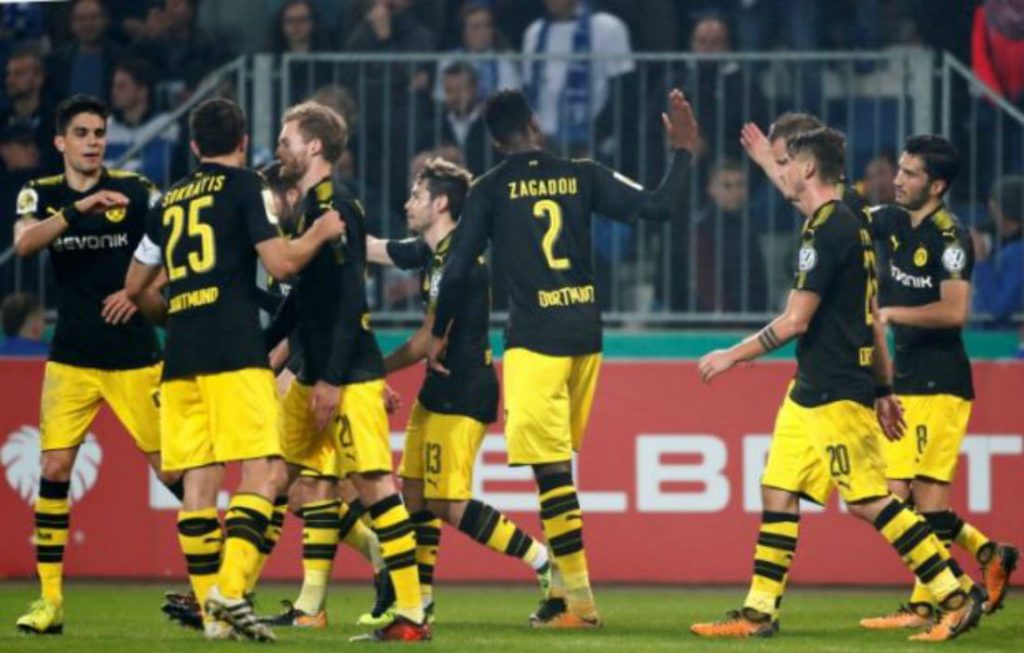 The third goal took the wind out of the underdog’s sails thus Dortmund were able to add more goals as Marc Bartra headed home before Shinji Kagwa made it 5-0 on the scoreboards in the dying seconds of the game.

Elsewhere, Schalke showed no mercy with third division team Wehen Wiesbaden and secured a 3-1 victory on the road.

Monchengladbach progressed into the next round as well after beating second division side Dusseldorf on the sole goal of Thorgan Hazard. 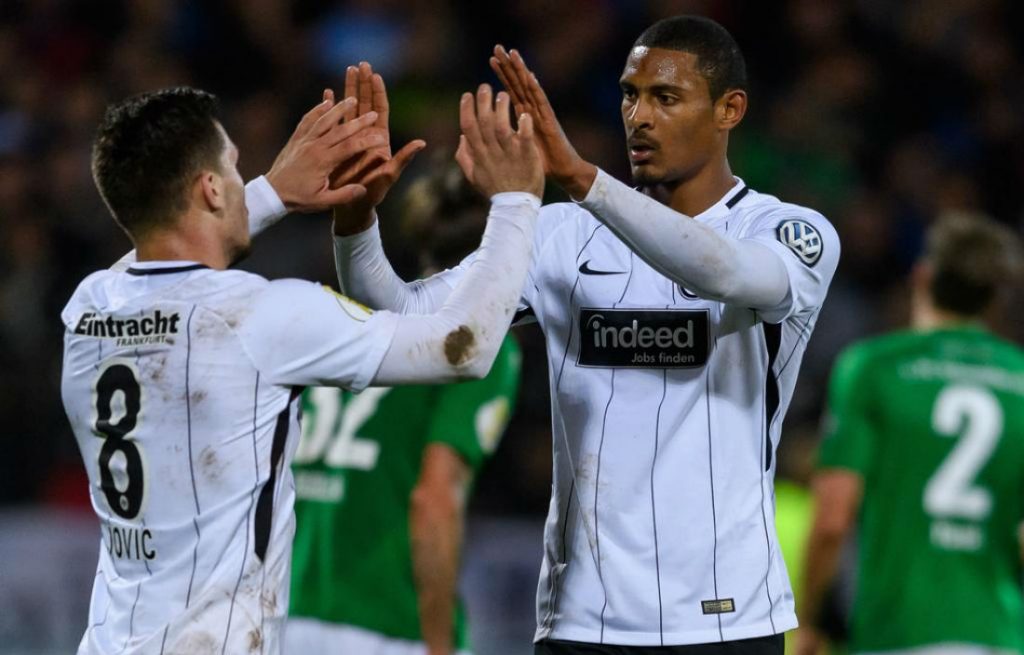