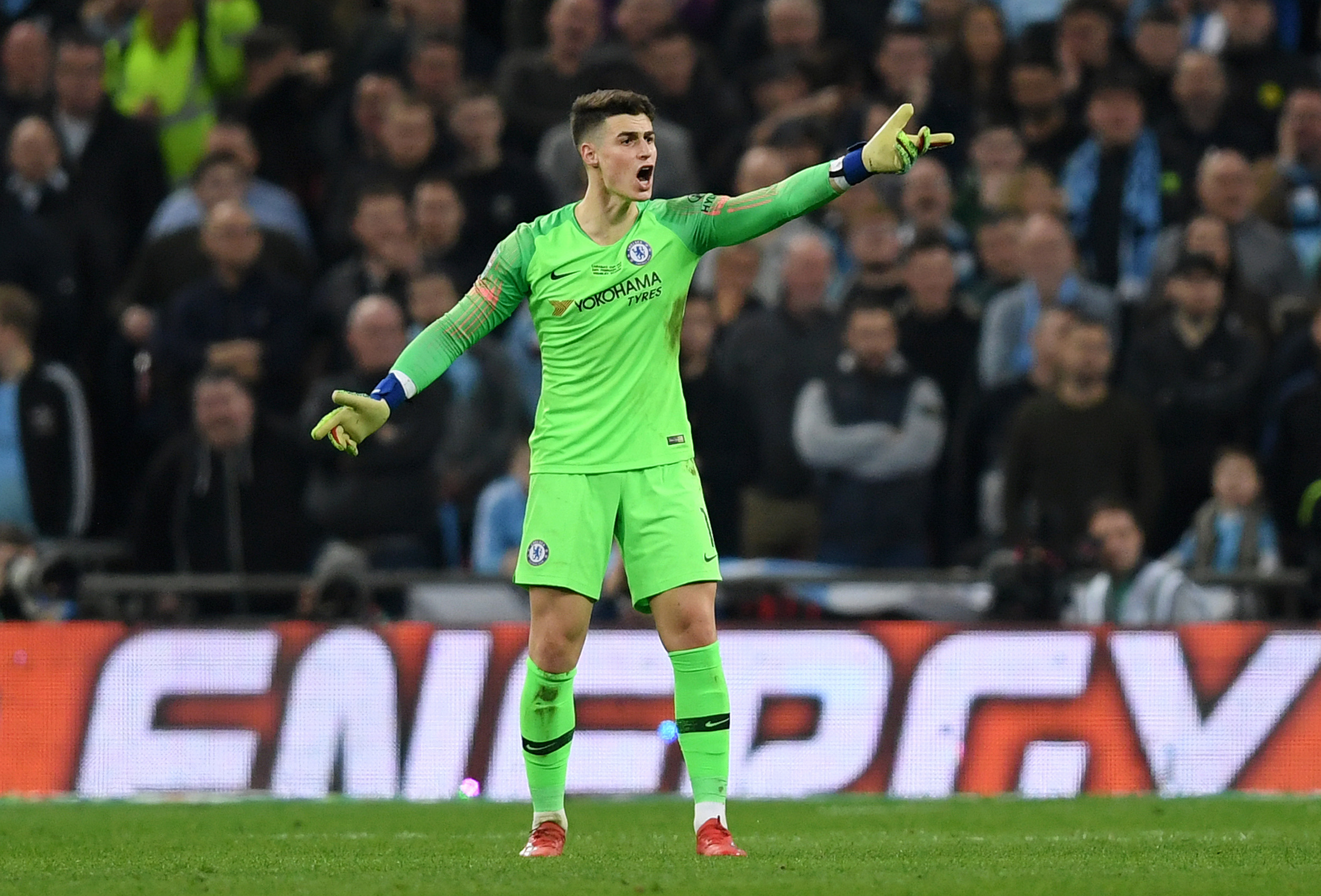 The Carabao Cup final had everything that makes a final memorable and this will be most remembered for the ‘mutiny’ as some see it between Chelsea’s goalkeeper Kepa Arrizabalaga and head coach Maurizio Sarri.

The Italian was left fuming on the sidelines after his goalkeeper appeared to refuse orders to be substituted, shortly before his side succumbed to Manchester City in a penalty shootout.

Though Kepa Arrizabalaga made a save in the shootout at Wembley, he will probably be seen as a villain by many after ignoring Sarri’s calls to leave the field late in extra time.

The man who was supposed to replace him, Willy Caballero — the penalty hero in the 2016 final for City — never made it onto the pitch Sunday and while Arizzabalaga denied Leroy Sane, he allowed Sergio Aguero’s tame effort to squirm under him.

Arrizabalaga’s refusal to leave the pitch — despite appearing to suffer from noticeable cramps — drew fire from his under-fire boss, who ripped his sweatshirt open in frustration and was headed down the tunnel before making a U-turn and returning to the touchline.

Tied 2-2 in the spot kicks, the normally reliable David Luiz hit the post for Chelsea and Raheem Sterling sealed proceedings three kicks later to give City a 4-3 victory after the teams played to a 0-0 draw through 120 minutes.
The win leaves it one trophy down, three to go for quadruple-chasing City.

The Sarri-Kepa debacle! WHAT EXACTLY HAPPENED…

After the match, however, Sarri played down the incident with Arrizabalaga, who was bought from Athletic Bilbao for a record £71 million last year.

“There was a misunderstanding because I thought the goalkeeper had cramp so was unable to carry on for penalties, but that wasn’t the case,” he told Sky Sports. “The keeper understood I asked for the change for the injury, but he didn’t need to come off.

“I realized only afterward when the doctor came back to the bench.”

Arrizabalaga later said, according to Sky: “It wasn’t my intention to go against the manager. I’ve spoken with the boss and we’ll speak again if we need to talk more.”