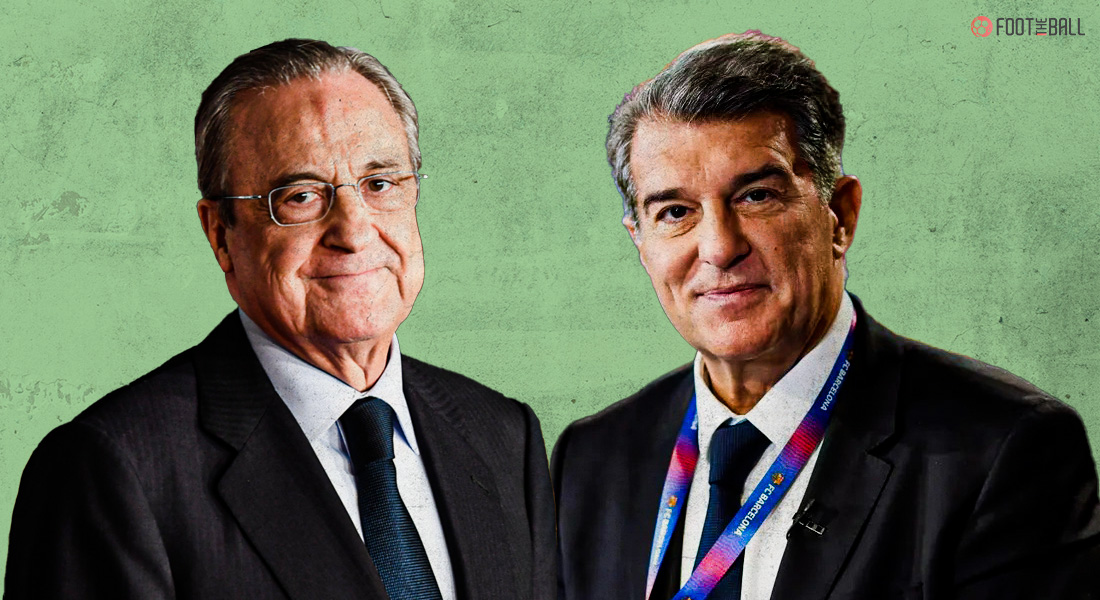 The plans for the proposed European Super League lasted merely days. Fans, Organisations, Authorities and other clubs have unanimously voted against and protested the proposal. The Premier League’s Big Six- Arsenal, Liverpool, Chelsea, Manchester United, Manchester City and Tottenham all withdrew after intense pressure from their fans.

Pundits and journalists around the globe criticised the very nature of the proposal. Amidst the rage from the footballing world, JPMorgan Chase, the main financial investor of the project also announced their withdrawal on Friday.

🚨🚨| Any club that officially leaves the Super League will have to pay 150 million euros to the remaining clubs. So far, no club has left. @derspiegel #rmalive

In a statement, JP Morgan said: ‘We clearly misjudged how this deal would be viewed by the wider football community and how it might impact them in the future. We will learn from this.’

German outlet Der Spiegel has leaked several pages of the contract that was agreed to by the six English clubs, the three Italian clubs and the three Spanish Giants. The document reveals the additional payments that Real Madrid and Barcelona would have got if the idea had formulated into reality. The two clubs would have got an additional 60 million Euro more than the other founding clubs as per the document. This may very well be why both the European clubs have still not withdrawn from the competition.

Barcelona is currently in threat of a financial crisis and will look for every possible way to get out of the slump. Newly-elected president Joan Laporta iterated on Thursday night that the breakaway competition is ‘absolutely necessary’. The contract reveals that Barcelona and Real Madrid were to get 30 million Euros at the end of the second super league season in addition to the 30 million they would get at the end of the inaugural season.

Wtf they just leaked the new club logos for the ESL??? pic.twitter.com/a3cTBmtnNO

The promise of extra revenue through other sources are also highlighted in the leaked documents. The contract specifies that each club will have the right to show four of their regular seasons’ matches live per season exclusively on their official channels.

This means granting the clubs to air the match only on their “core club platforms”, such as their website, club mobile application and TV channel. Thus, ensuring that these clubs generate additional revenue through subscription packages and potential TV deals.

Apart from the 12 clubs that were announced, the Super League also planned to invite the other big names to the founding fifteen. Paris Saint-Germain, Bayern Munich and Borussia Dortmund were the other names that would have made the 15 if they had agreed to the proposition.

The contract reveals that other clubs will get a smaller share of the initial ‘infrastructure grant amount’ that was promised. Arsenal, Bayern, Chelsea, Barcelona, Juventus, Liverpool, Manchester City, Man United, PSG, Real Madrid and Tottenham were due to earn 7.7 per cent of the initial payment given to founder members. The other teams were only due to bring in 3.8 per cent of the proposed sum. 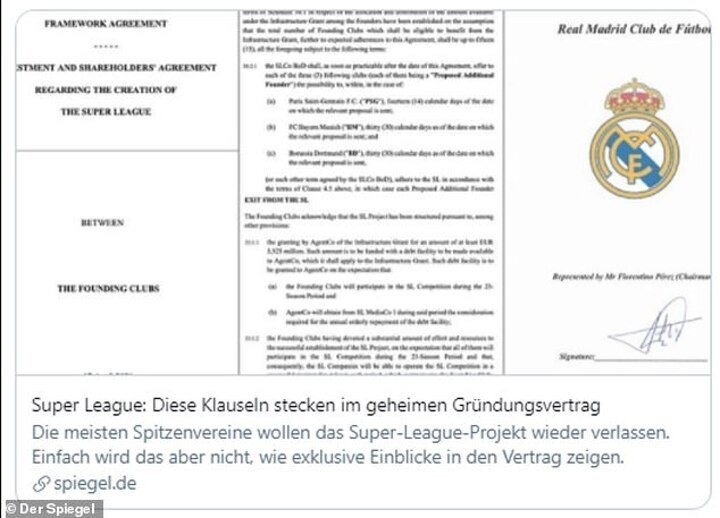 The most controversial and important figure that was brought to light is the penalty or ‘break-up fee’ that the founding clubs would incur since they have pulled out of the European Super League. The clubs may have to pay a whooping £130million penalty fee, if they do back out, a huge blow for the Premier League teams that have left the table. This controversial contract was leaked to the masses just hours after the clubs were told they would not be fined by UEFA.

UEFA held a committee meeting to discuss the possible actions that needed to be taken against the dozen clubs that threatened an outbreak. However, the committee decided not to impose a ban on any of the clubs given the circumstances. They did not penalise the clubs nor kick them out of the competition.

‘In addition, the UEFA Executive Committee was updated on the latest developments regarding the so-called “Super League” including the options available to UEFA and the steps it is considering taking.’– UEFA Statement excerpt.

The European Club Association tweeted: ‘We want to move past the events of this week and encourage and inspire the global football community, as matches return this weekend. Clubs can only succeed both on & off the pitch if we work hand in hand.’

During the pandemic, UEFA President Aleksander Ceferin gave himself a £400,000 pay-rise, taking his salary to £1.9m a year.

Since taking over as President, he's increased his salary in every year.

The European Super League is shocking but let’s not forget about UEFA and FIFA.🤮 pic.twitter.com/lYr3jNydmz

Even though UEFA and ECA did not address the major issues that govern the clubs, the fans and other fan-related organisations have started coming up with proposals to improve the situation.

The supporters came together to take down the proposal for the European Super League and they do not intend to stop. The majority stakes in the club are now being demanded and more control over the governance is being considered. The ESL may well turn out to be a blessing in disguise.