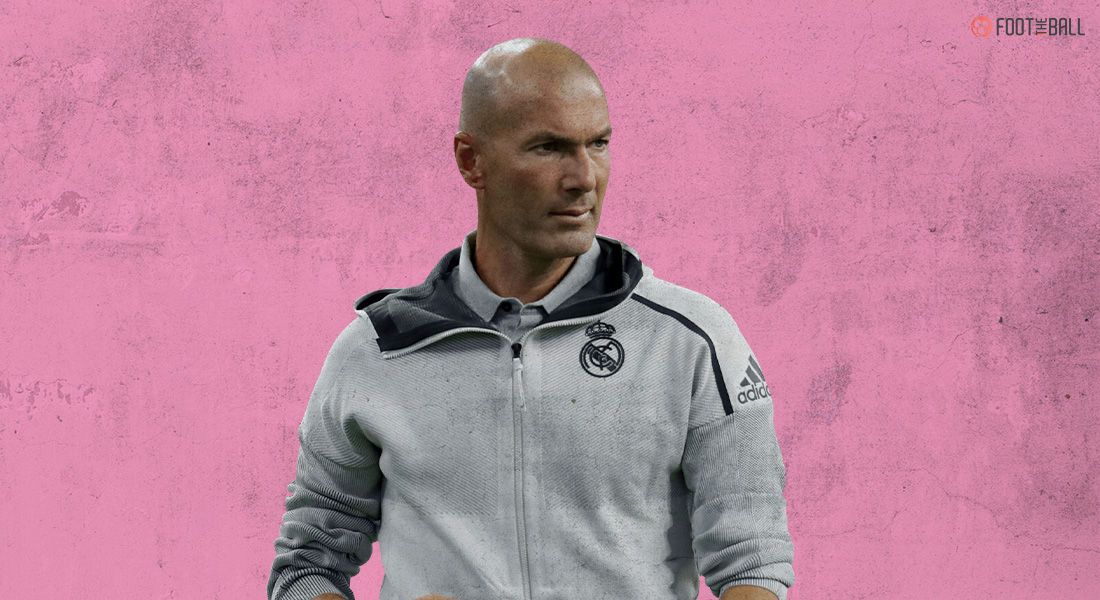 Real Madrid are set to meet Chelsea in the UEFA Champions League semi-final. With the dust of the controversial European Super League settling down, talks of a potential ban and penalties for the conspirators have surfaced.

Since the Los Blanco’s President Florentino Perez is the key member of the announced project, officials of the core UEFA committee suggested a potential ban for the Spanish outfit from the Champions League.

The possibility of Real Madrid’s elimination from the Champions League was deemed ‘absurd’ by the man in charge of the club. Zinedine Zidane emphasized that his side has a right to play in the competition. Zidane clearly wasn’t interested in engaging in any further talks related to the possibility of such an exit. The man responsible for three back-to-back Champions League trophies at his previous stint at the club was angered by the remarks.

As reported by Marca, Zidane said: ‘We have the right to play the Champions League, it is absurd, and we are going to prepare for it.’

Real Madrid face Real Betis next in La Liga and will hope to quench all three points to go level with Atletico Madrid at the top of the table. Zidane will try and focus his and his team’s energy on the next challenge diverting them from issues out of their control. Zidane has his hands full as every remaining point is crucial in deciding the title that can either fall to any of the Madrid sides or Barcelona.

On his players’ injuries, Zidane said, “Toni (Kroos) won’t be with us while Luka will be. So, it is both bad and good news. Eden will be with us, he is on the player’s list for the match and this is more good news for us, all these players who will be available to play.”

“I see him doing well, in great spirits. I think he has been struggling with a few issues, but now he is doing much better. He is training on the pitch now, not with us yet, but I think it is a matter of days before he will be with us again. I am glad because we always want him to be with us. He is doing well, little by little, a few more training sessions and he will be back with the team.” – Zidane’s remark on Sergio Ramos’s fitness.

Real Madrid was one of the twelve clubs that threatened a breakaway from the UEFA Champions League. Perez, the chairman of the league made critical remarks on the foundation of the new project. He also said that Real Madrid is still involved in the league which will now look for a different format since the other clubs have withdrawn.

UEFA officials gathered to discuss the possible steps or actions that needed to be enforced against the perpetrators of the breakaway league. The meeting however decided not to punish any of the twelve clubs involved. It deduced that no sporting punishment would be handed out to any of the clubs that formed the Super League. Claims of Real Madrid being eliminated from the Champions League were dismissed. A potential ban from next year’s Champions League has also been brushed aside.

With preparations for the semi-final ongoing, Real Madrid will look to avoid further rumours on the topic so as not to hinder the performances of the team. Real Madrid will take on one of the other founding members of the proposed league, Chelsea. Thomas Tuchel in his press conference after the Brighton game also clarified his view on the situation. He also claimed that neither he nor his players knew about the decisions made by the owner.

Eden Hazard is back in the squad for Real Madrid's game vs. Real Betis.

It looks like his dreams of facing Chelsea in the UCL are coming true 🥺 pic.twitter.com/ucxfi5Czxz

It would surely be a disservice to the players and coaches if any action were to be taken regarding the exit of the teams from the European competition. Both Real Madrid and Chelsea have shown their potential this season and will look to sow a reward for their efforts. This tie seems to have packed an extra drama amidst controversies. An interesting matchup between Champions League veterans and a young and upcoming squad.